By Varada's Kitchen
This is my third day blogging for the Blogging Marathon and the theme is European Cuisine. This recipe is from Belgium. Waterzooi literally mean watery mess, a very delicious mess, I may add.

In my quest to cook something I had never heard of before I started searching for recipes and found a very interesting blog. It had details for an event for Italians cooks. They were planning on cooking European dishes starting with every letter of the alphabet. There was a list of recipes for every letter and blog links where it would be hosted. Unfortunately, the blogs that were linked were unreadable as they were written, I think, in Italian. I did spend some time reading recipes translated by Google. Very amusing!

I found Waterzooi listed for the letter W and happened upon this version of the recipe. It was sent to the New York times by Julia Child in 1987. You will find it here and I bet you will find her write up interesting. Now Waterzooi is made either with fish or chicken. I did not want to use either. So I decided to substitute paneer in place of the chicken. The recipe also called for wine, which I never keep in my pantry and egg yolks, that I decided to leave out. 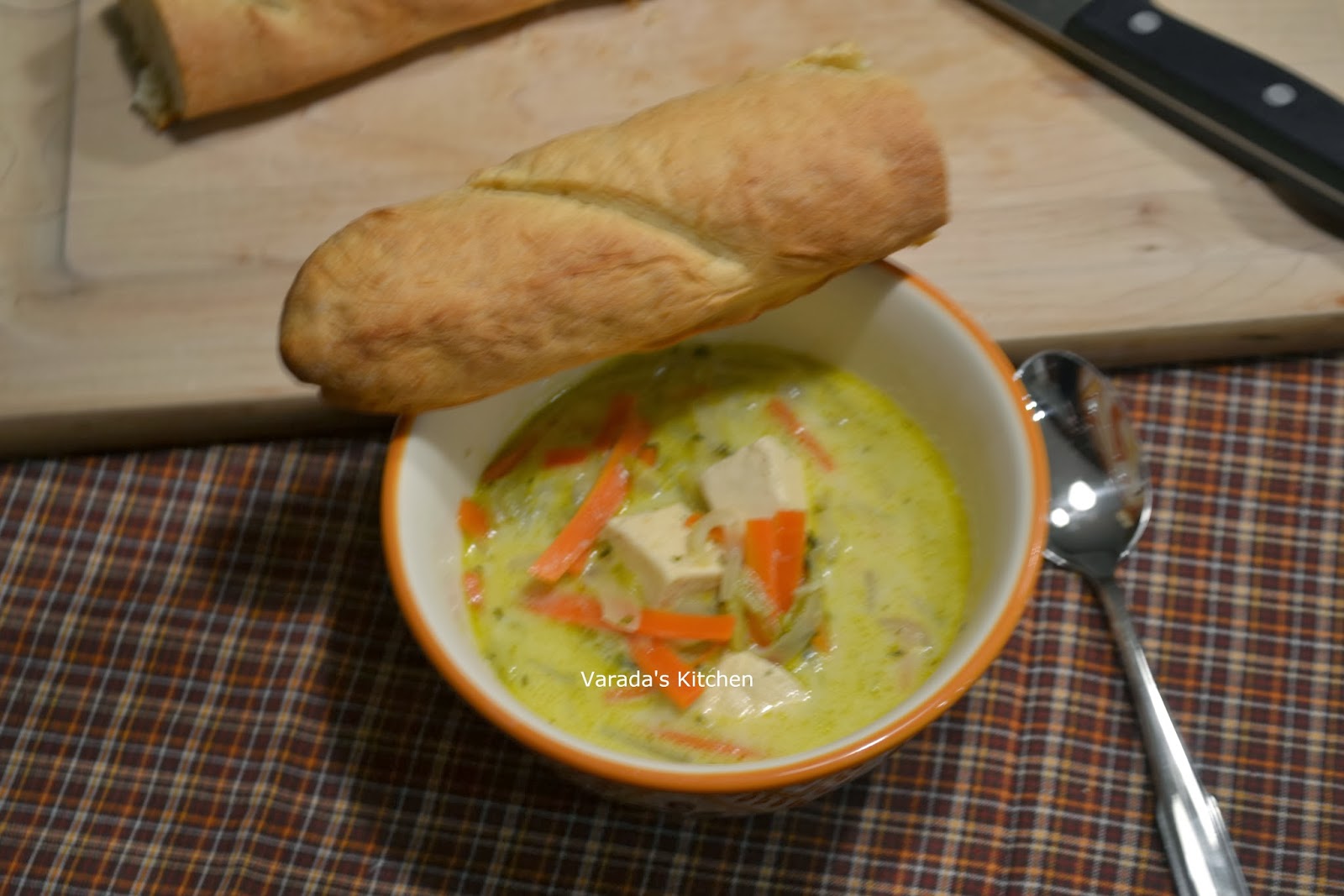 I truly did not know what to expect when I served it for dinner but it was most loved. My daughter declared, "Mom, this is a keeper". She even took it in a thermos as her school lunch the next day. I think  part of the reason the dish was such a hit was because of the home made stock I added to it instead of using store bought. I was on a roll so I even decided to bake the baguette to go with it.

I am the first to admit that I am a rank amateur when it comes to food photography. Unfortunately, most of the pictures did not come out too well even by my standards. I was trying a new setting on my camera and messed up.

Julienne the celery, carrots, onion and leak to the size of a matchstick. 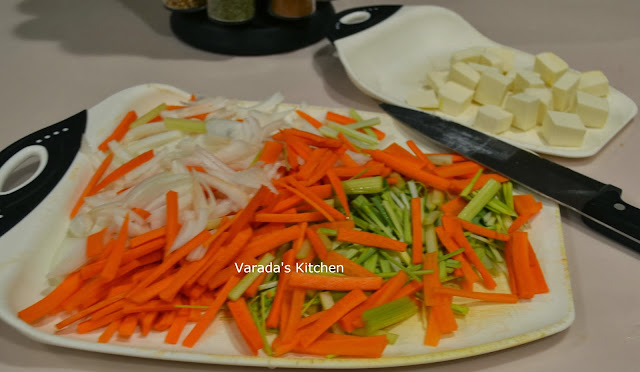 In a large pan layer the vegetables and paneer cubes alternately with a vegetable layer on the top and bottom. Add salt and pepper to taste and the fennel seeds. Now pour the stock until most of the vegetables are covered. Once you are done bring the stock to a boil and then lower heat to a simmer. Cover and cook for 25 minutes. Uncover the pan and using a ladle remove most of the liquid to a bowl. 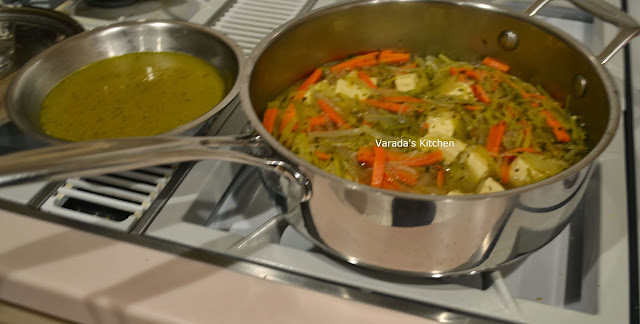 In a separate bowl whisk the cream with the cornstarch. Ladle the hot liquid into the cream and whisk. This allows the cream to be heated to the temperature of the liquid. Test seasoning. Return the creamed liquid to the pan and heat through. Turn off heat. Serve hot with a French baguette. 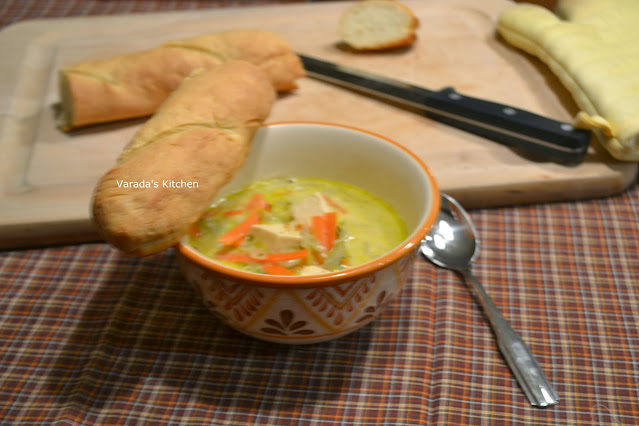