Posted by Varada's Kitchen
I chose the Estonian Kringle bread because of how pretty it looked. The dough is rolled into a flat rectangle, filled with cinnamon sugar, rolled tightly into a roll, slit and shape. 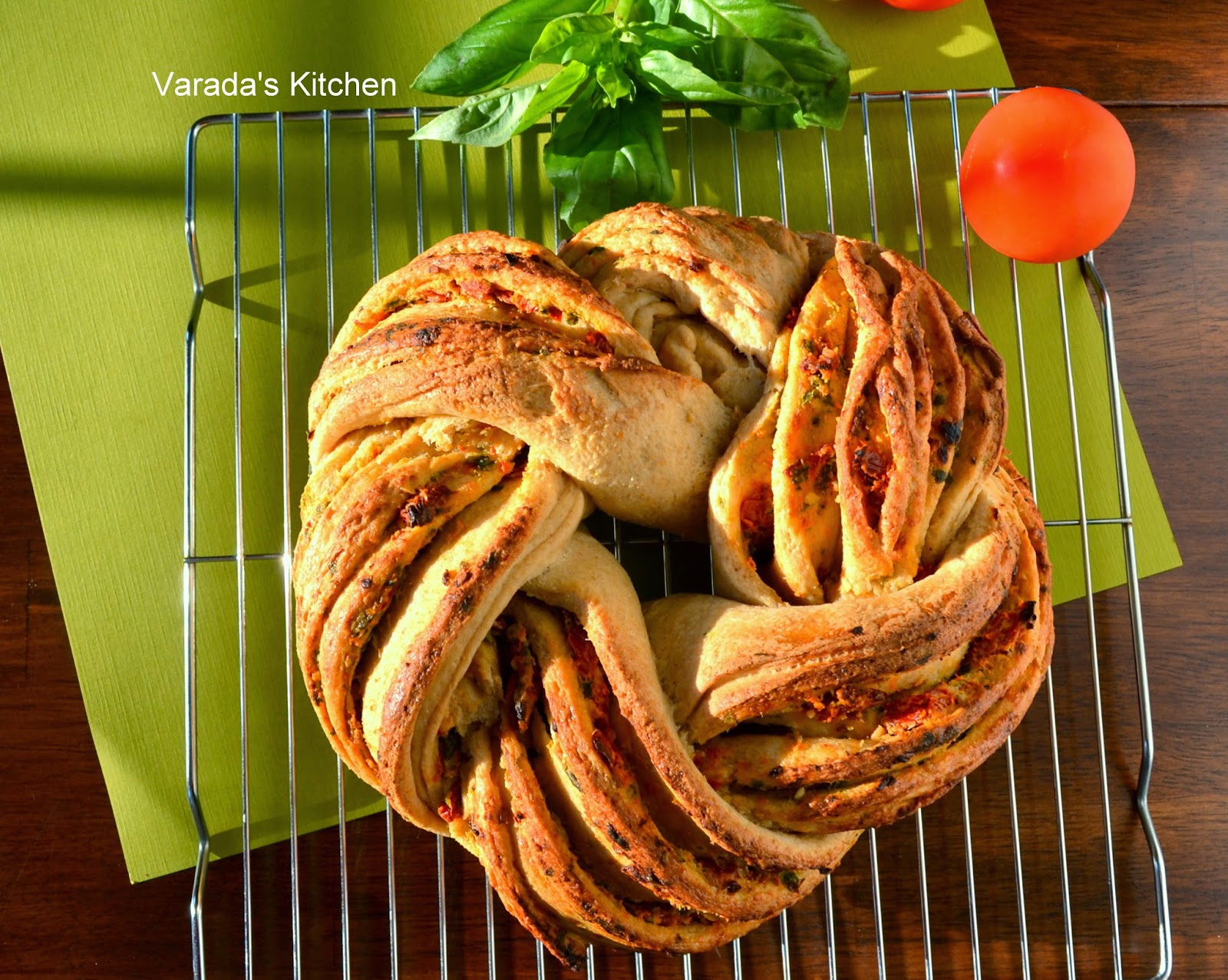 On baking just before I was getting ready to make the filling my family revolted. They did not want another sweet bread. In the last few weeks I have made a few sweet breads like the beautiful bread, the Swedish coffee bread and the cinnamon swirl bread. So I gave in and switched to a savory version of this bread. 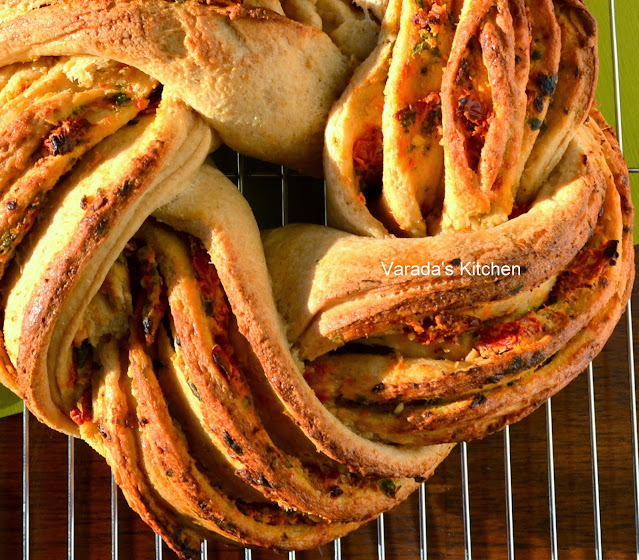 Instead of cinnamon bread I used goat cheese, basil pesto and sun dried tomato. My daughter does not like nuts in bread so I made the pesto with just basil and olive oil. I mixed all the filling ingredients together and used them just like the sweet version. The end result was pretty, very tasty and disappeared very quickly.

This recipe was adapted from here.

In a mixing bowl beat the melted butter and sugar. Add the egg yolk and beat. Add the milk and beat until combined. Sift in the flour, yeast and salt. Combine to form a soft dough. Knead for about 10 minutes until it forms a soft elastic dough. 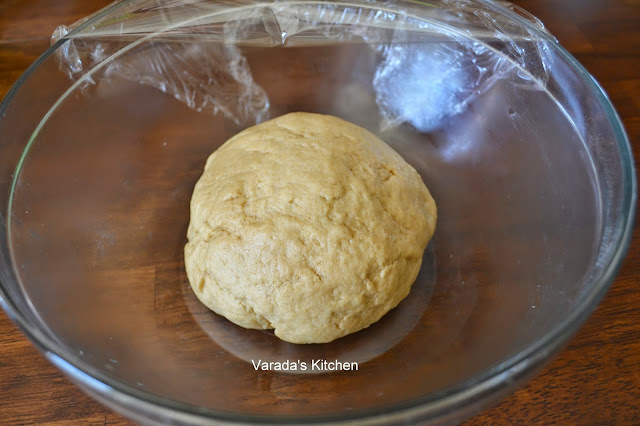 Keep aside until it doubles in volume, about one hour. 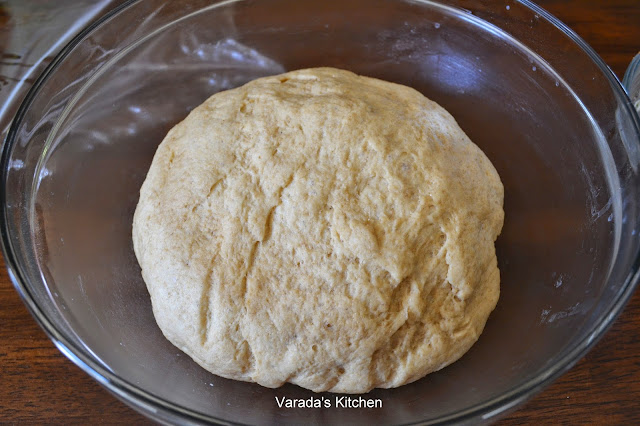 In a blender blend the chopped basil with the olive oil. In a separate bowl combine the basil oil mixture with the goat cheese and sun dried tomatoes. Keep aside. 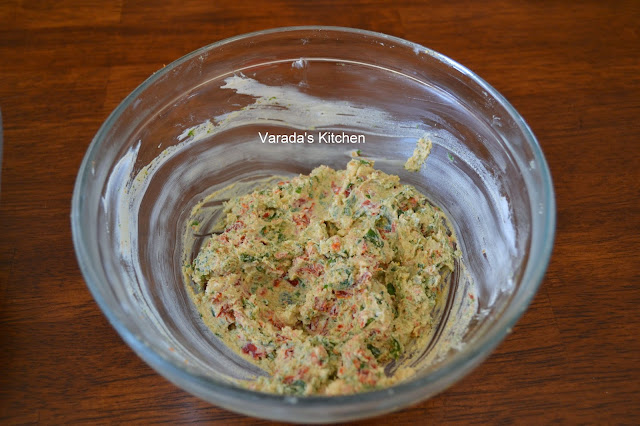 Preheat oven to 400 F. Transfer the risen dough to a floured working surface. Using a rolling pin roll it out in a large rectangle about a quarter of an inch thick, 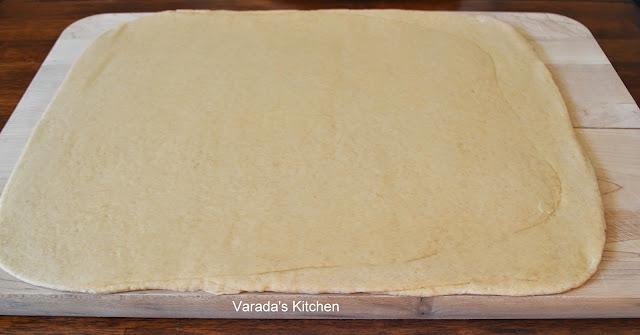 Spread the filling all over the flattened dough leaving a half inch border all around. 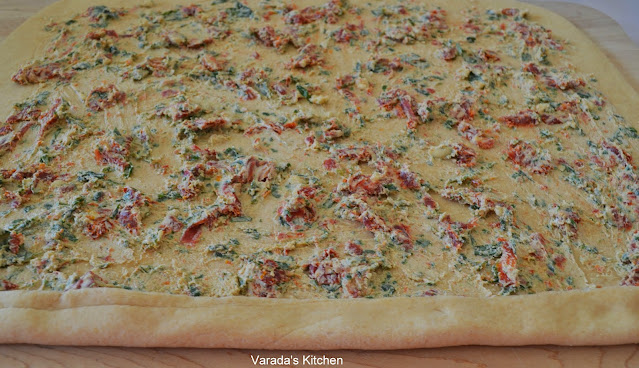 Starting from one of the longer sides roll tightly into a roll.

Using a sharp knife cut the roll in half leaving it attached on one side.

Braid the two ropes ensuring the cut edge is facing outwards. Seal the edges together forming a wreath. Brush with milk. 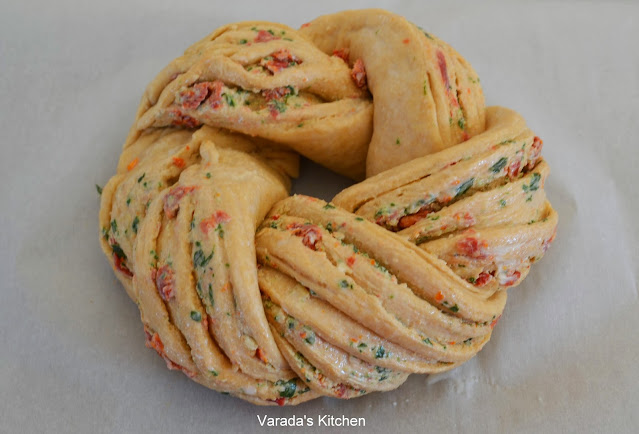 Bake for 20-25 minutes. If the top browns tent with foil and continue to bake for another 15-20 minutes or a tester inserted in the middle comes out clean. 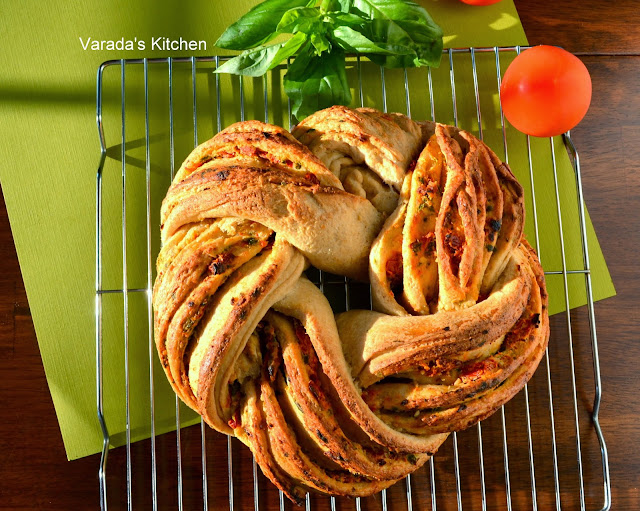