Everyone knows macaroni and cheese. Potatoes are added to the casserole in this Swiss version and it is served with apple sauce and cooked apple slices. Hence the name Älplermagronen. 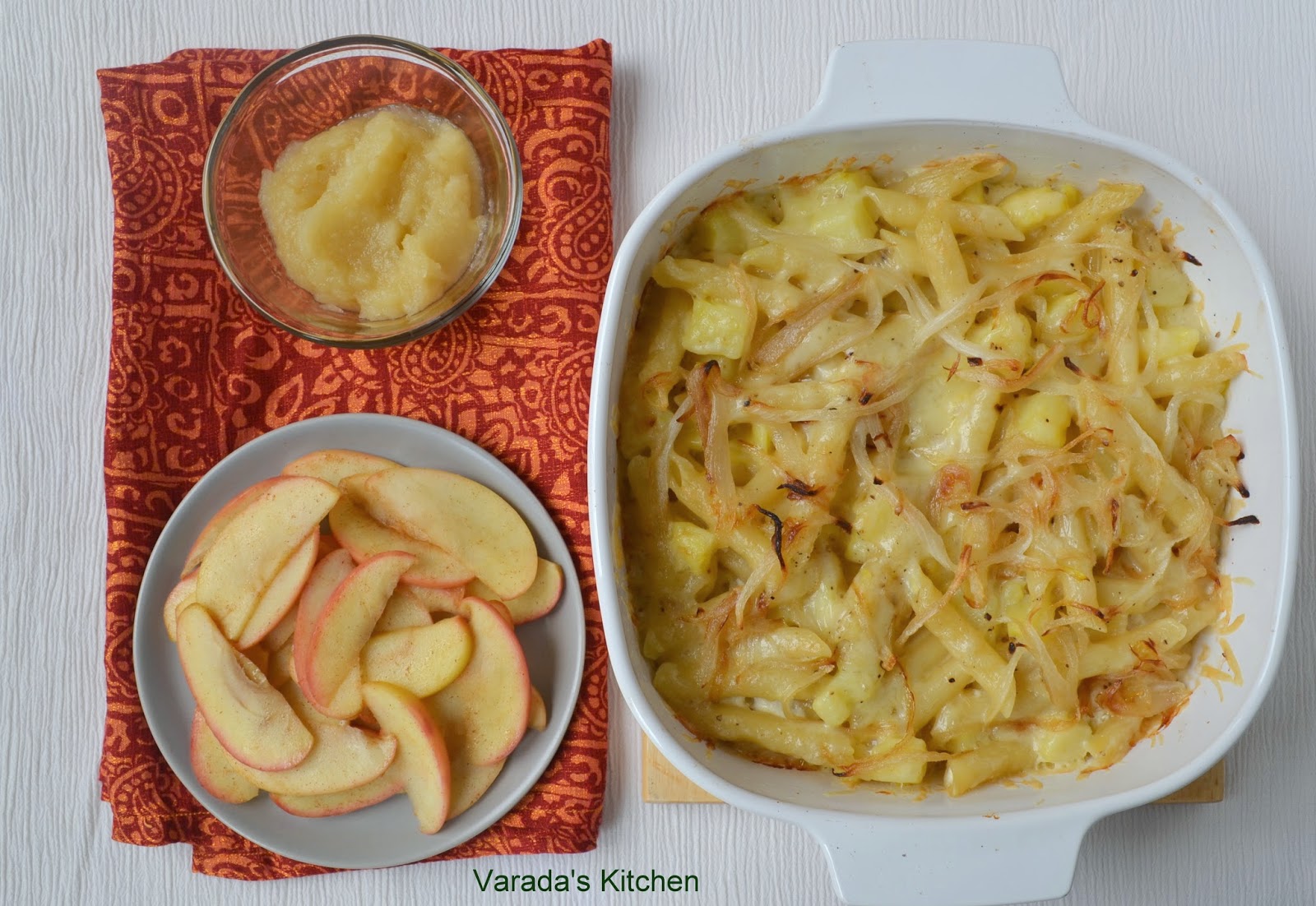 The idea of eating noodles with apples was totally new to us. The flavors do go well together. As for the casserole itself the potato and macaroni was one of the most flavorful macaroni and cheese I have ever made.

To make the apple slices Wash and core the apple. Slice with the peel into thin slices. Cook with the sugar and butter until tender. Sprinkle cinnamon powder and add the cider or juice. Mix and cook another couple minutes. Turn off heat and keep aside. 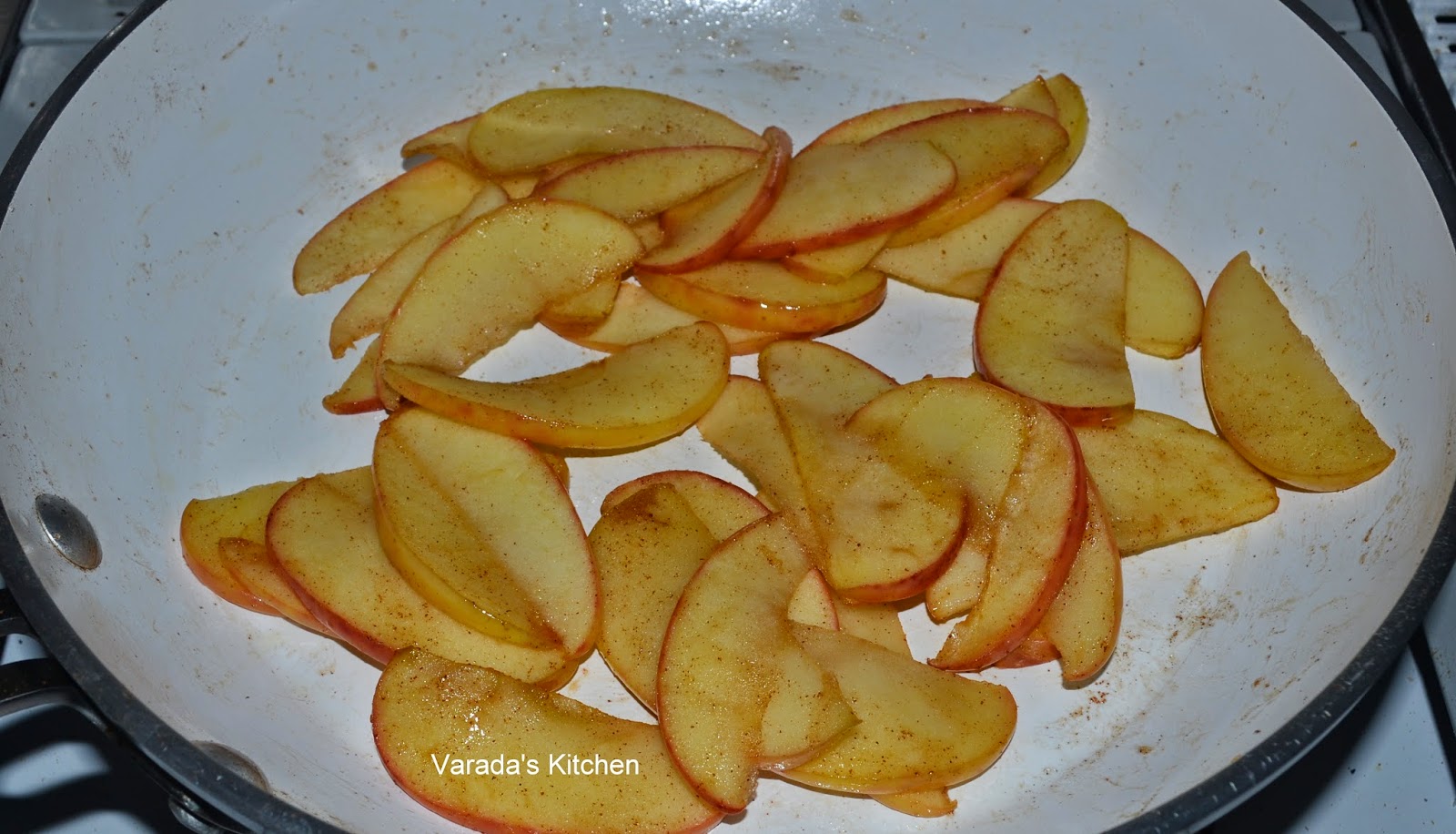 To make the onion topping slice the onions and caramelize with the butter and olive oil in a pan on medium heat. When tender and brown turn off heat and keep aside. 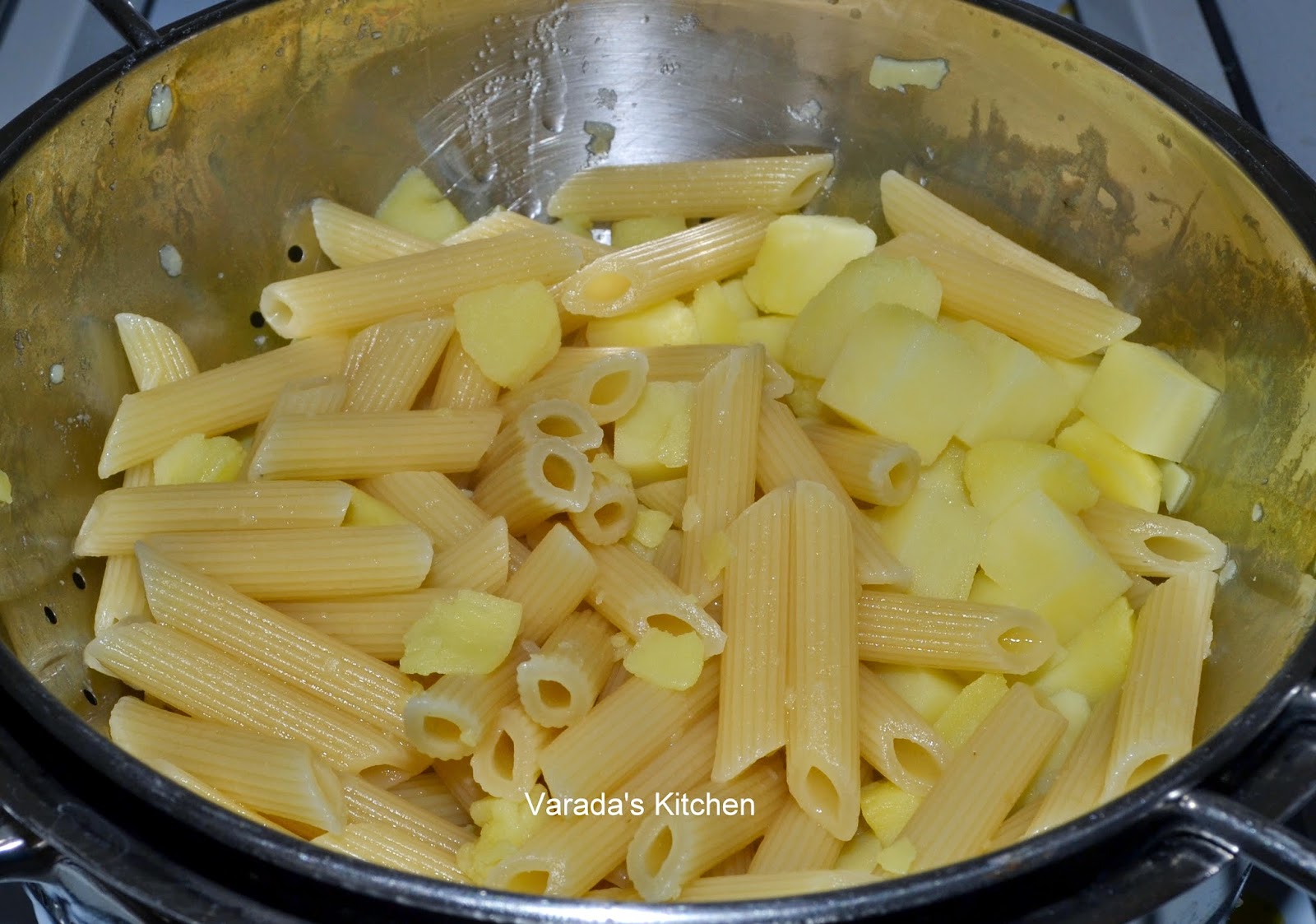 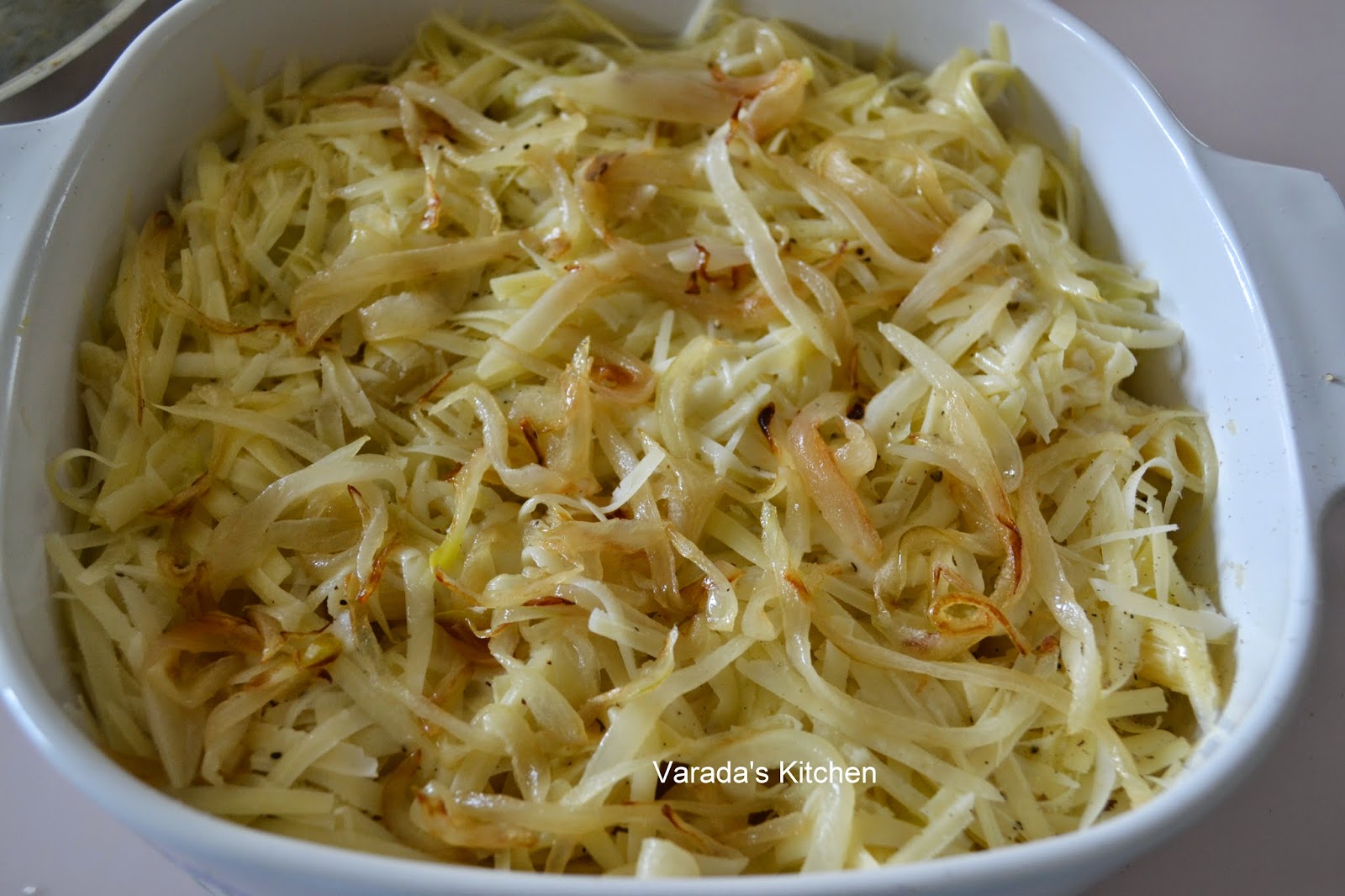 Put it in the oven until the cheese melts. Meanwhile heat the milk and cream, do not boil. Remove the casserole from the oven and pour the heated milk mixture over the top. Return to the oven for 5-10 minutes until the pasta is heated through. Warm the apple slices. 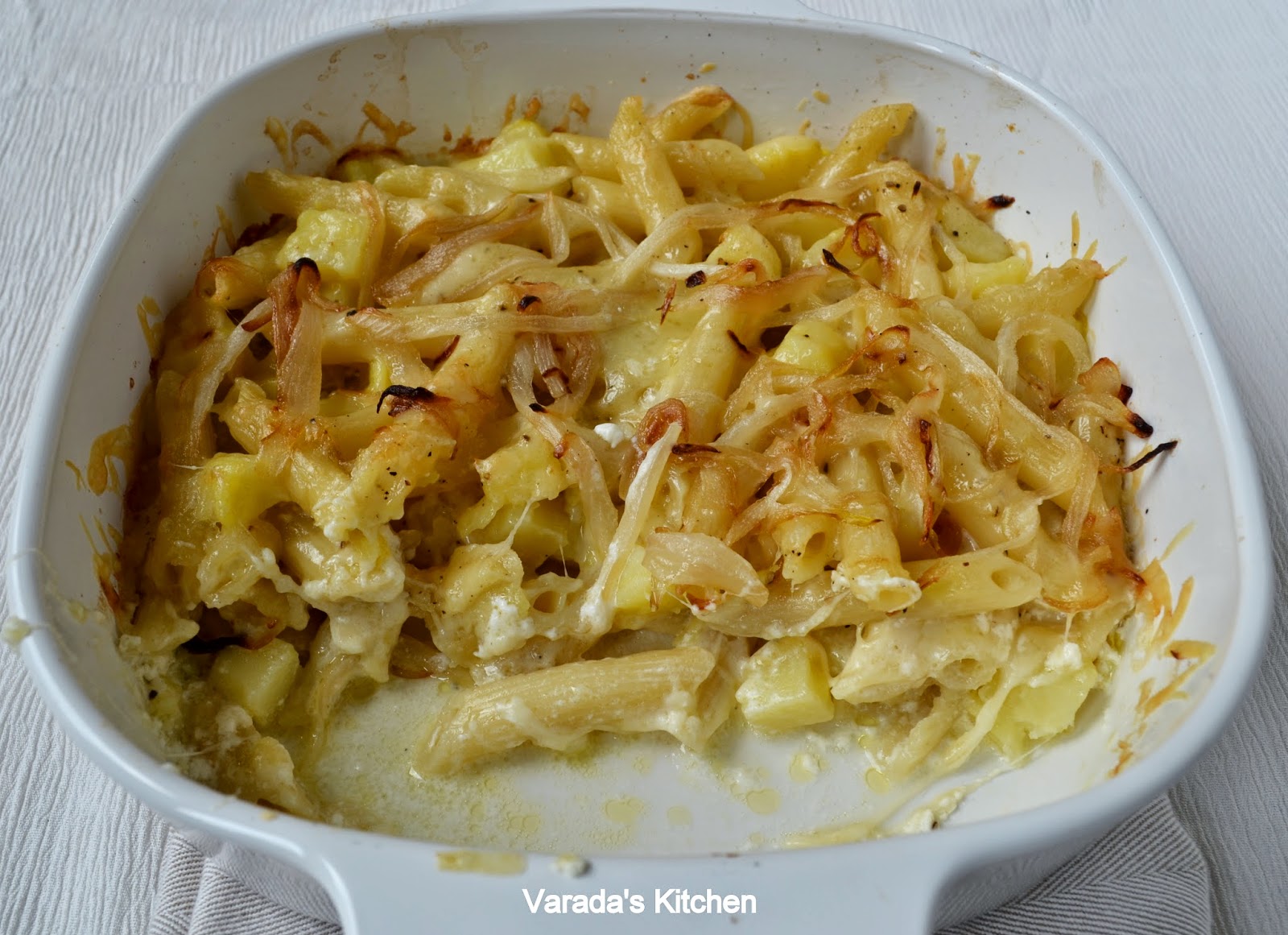 Enjoy the macaroni and cheese with apple slices and applesauce. 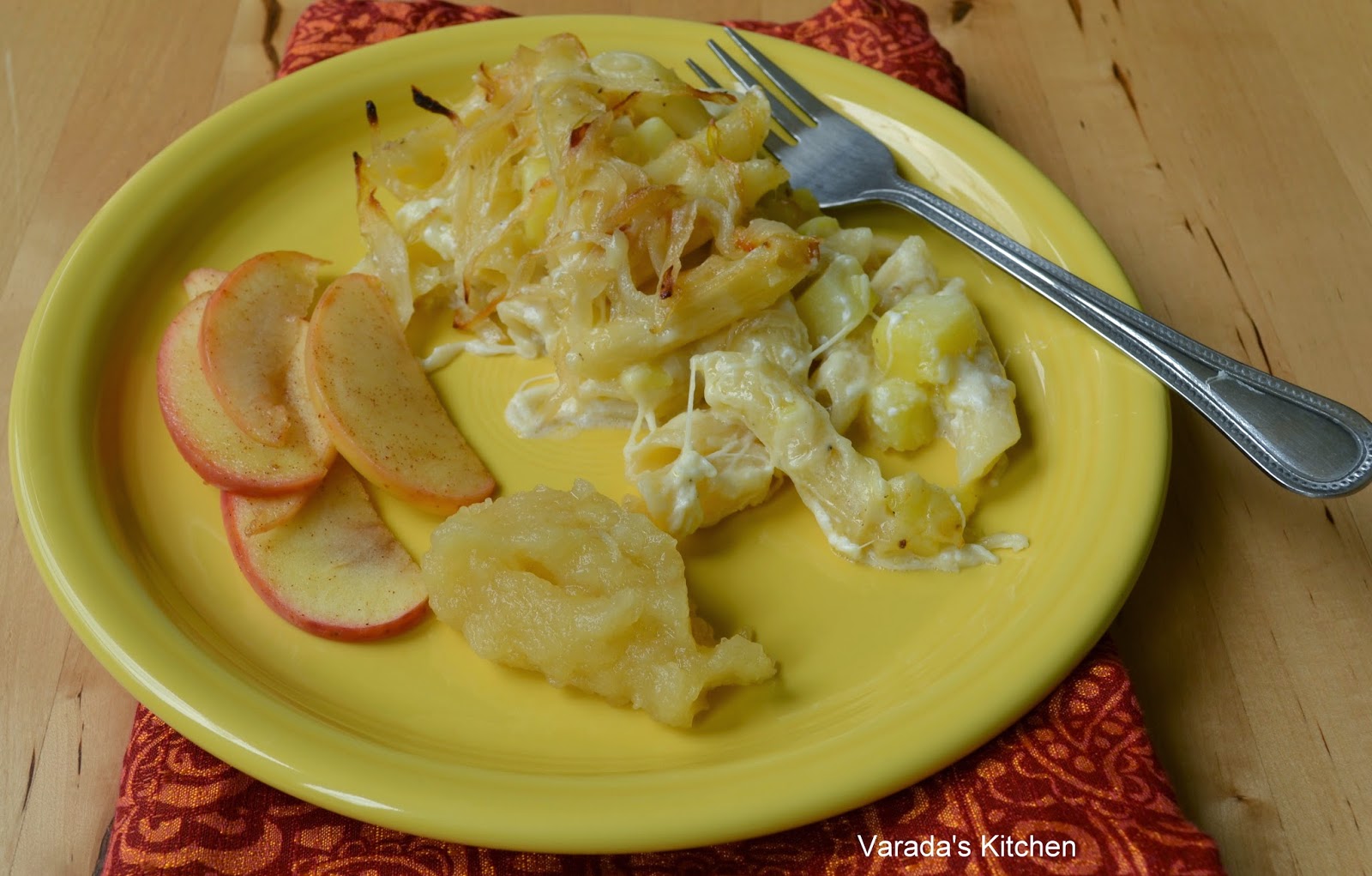 This is one of those dishes that has to be eaten hot out of the oven.


This is my entry for week 48 to the 2014 52 week challenge for the theme Unexpected combinations.