By Varada's Kitchen
Kenyan food is influenced by immigrants who brought their native cuisine with them. It is also influenced by the cuisine brought by the invaders from the north. This Kenyan meal has dishes influenced by cuisine from India, Persia and the Ottoman Empire. 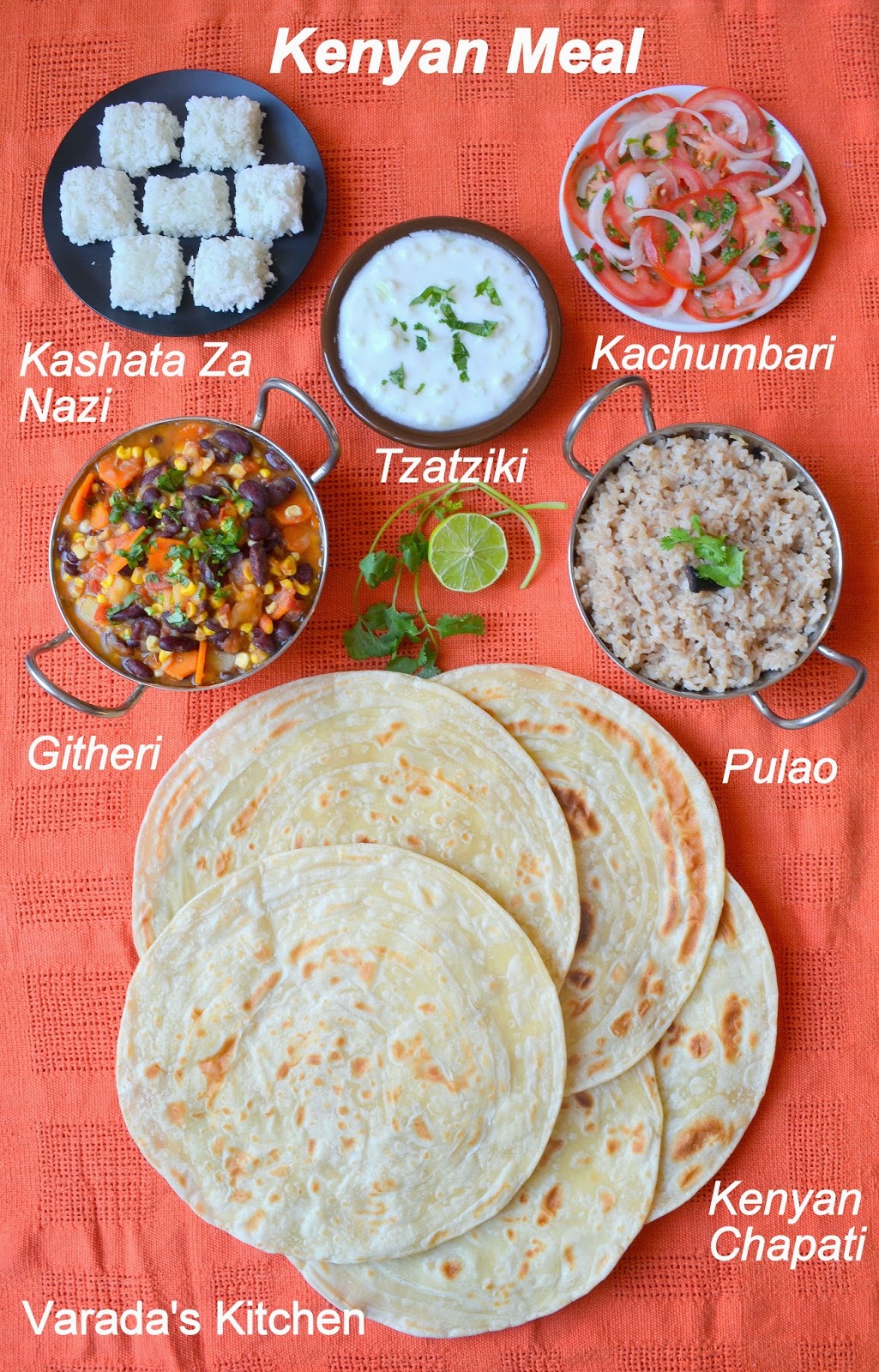 Githeri is a stew prepared with mixed vegetables. Fresh corn was flooding the grocery stores when I made this dish. Fresh corn with bean, carrots and tomatoes made for a very colorful dish that was really tasty. It took a while to cook but the it was worth the wait. 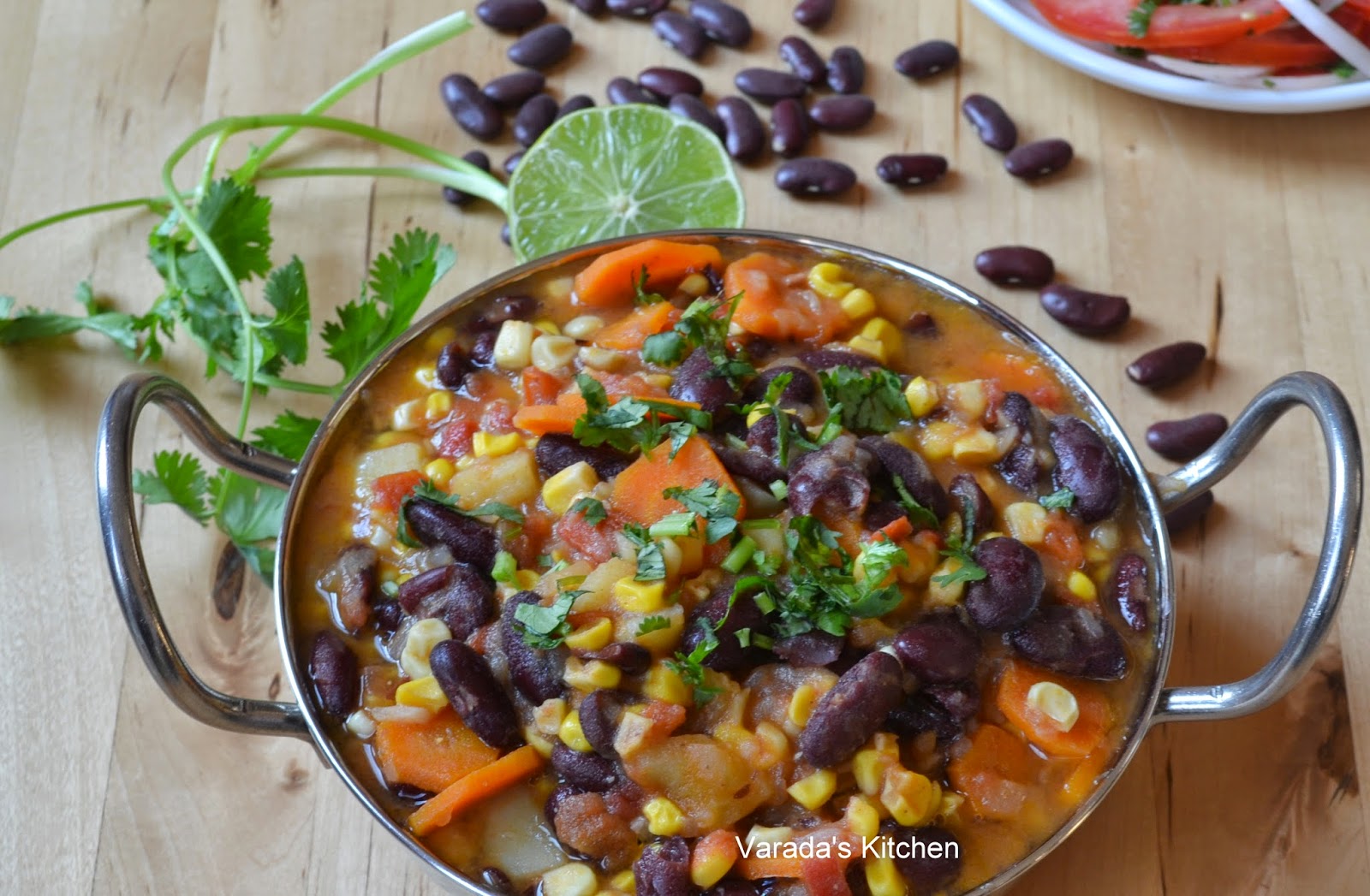 It made an excellent base around which I planned the rest of the meal. The preparation of the Kenyan chapati is very similar to the Indian kulcha. The difference being the chapati is unleavened whereas the kulcha is leavened with baking soda. The pulao is a simple rice dish made with basmati rice roasted in whole spices. It goes well with Tzatziki which is a cucumber salad popular in every country that the Ottoman Empire had an influence on. Kachumbari is a simple tomato onion salad flavored with a touch of lime juice and olive oil. For dessert I made Kashata Za Nazi, a delicious coconut barfi (cake).

I did not use any new ingredients in this meal. In fact, it was the familiarity of the dishes that was surprising to me.

As they say in Kenya in Swahili, Ufurahie chakula chako!