By Varada's Kitchen
Today I am presenting a very simple Lebanese Meal. I debated on the country to pick for this letter. Initially I had picked Liberia over Libya and Lebanon because the food was so out of my comfort zone. Unfortunately so was the taste. When I floated the idea of a do-over with a different country my daughter was all for it. So I went with Lebanon. 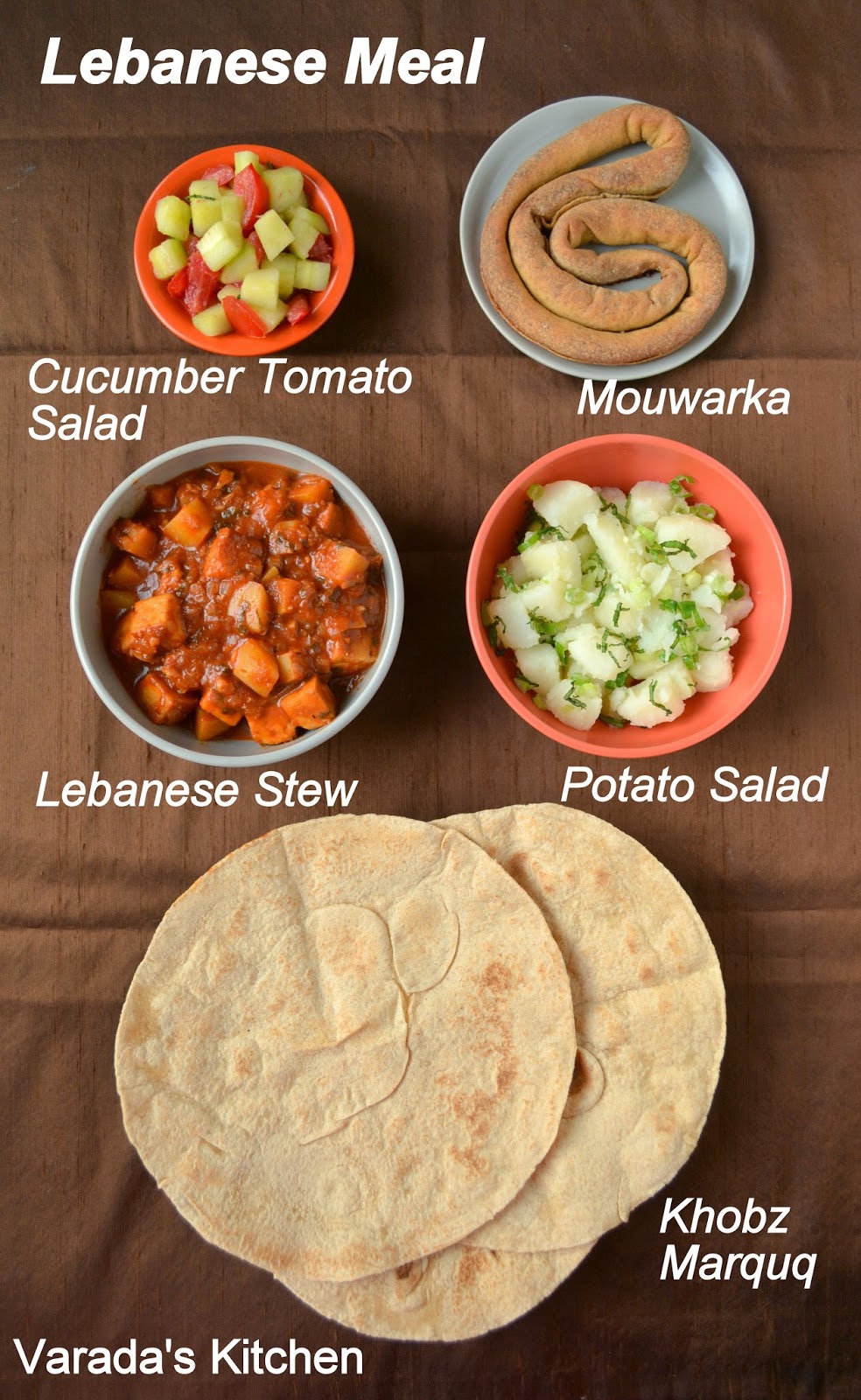 The snake like baked dessert Mouwarka was the first recipe I finalized for this meal. It has such an interesting preparation. The endless ring is formed by rolling the dough from the center out to the edges. This is one of those recipes that allow you to play in the kitchen. 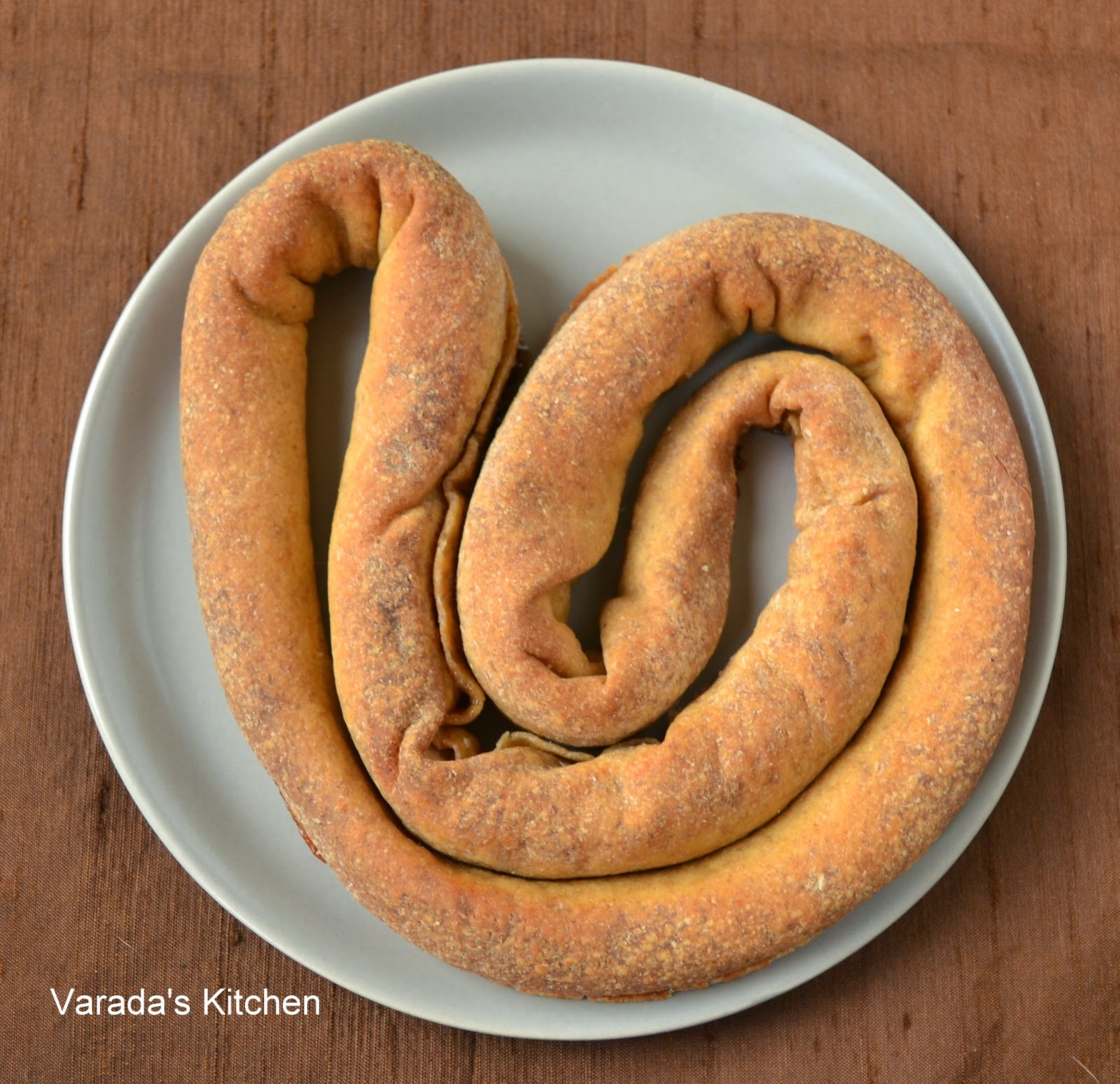 As a side I added the potato salad and cucumber tomato salad to the menu and used mint from the garden to flavor it. I really wanted to try out one of the thin Lebanese breads that are cooked on a convex griddle pan. I inverted an old cast aluminum 1/2 inch thick griddle to cook the Khobz marquq. I needed a stew to go with the bread. I used paneer to convert a stew recipe to make the paneer potato stew. 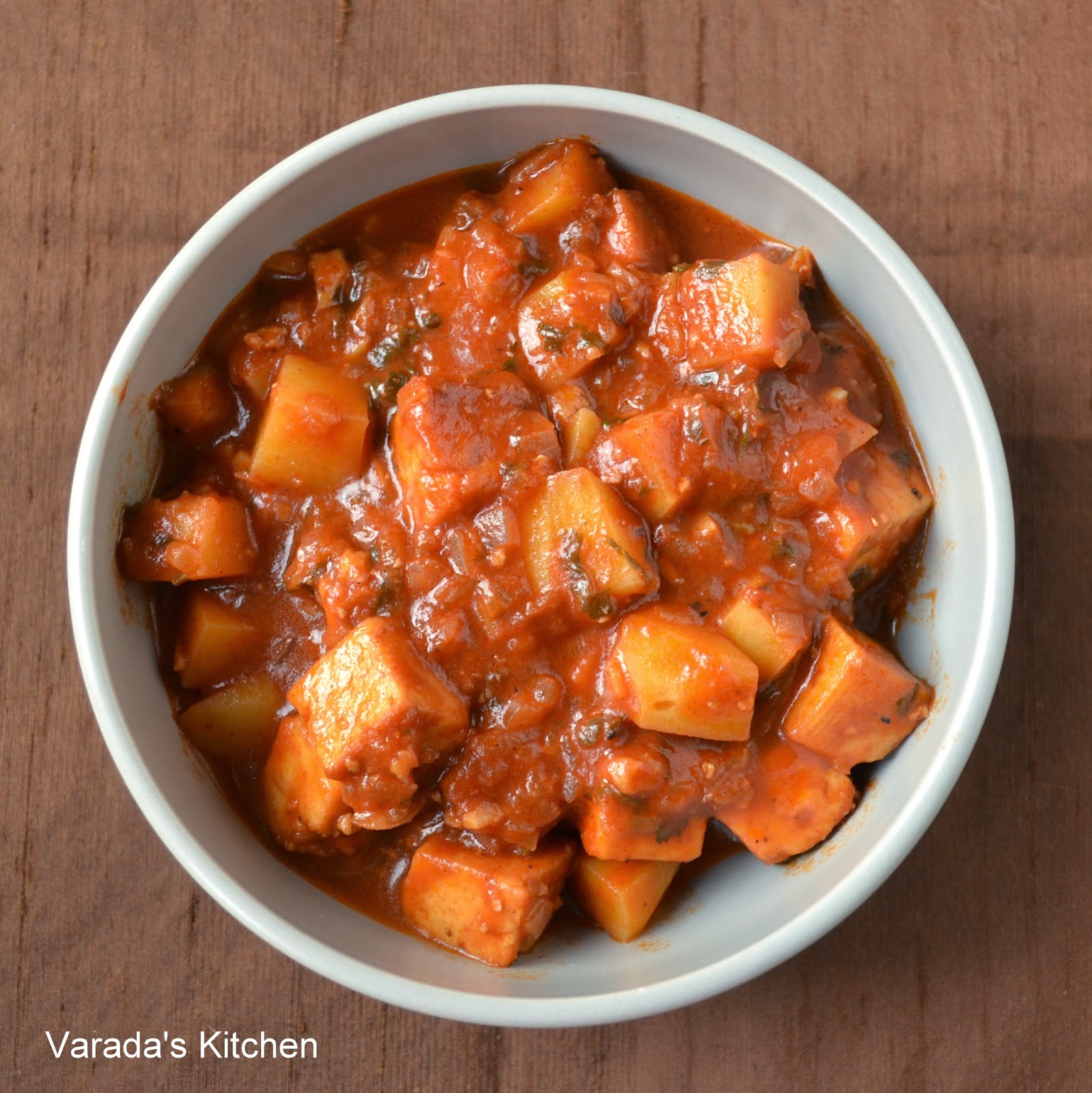 No new ingredients for this menu. But the spice mixture used for the stew is really one of a kind. Nutmeg, cinnamon, cloves, black pepper, coriander and ginger all together! Smelt wonderful, and a little went a long way. My daughter told me this stew was one of the best she has ever had.