By Varada's Kitchen
Cucumber salad is great with any summer meal. It is one of the most popular salads in the world. There appears to be a version of this salad in every cuisine. We all like cucumbers so I add a cucumber salad to the menu as often as possible. 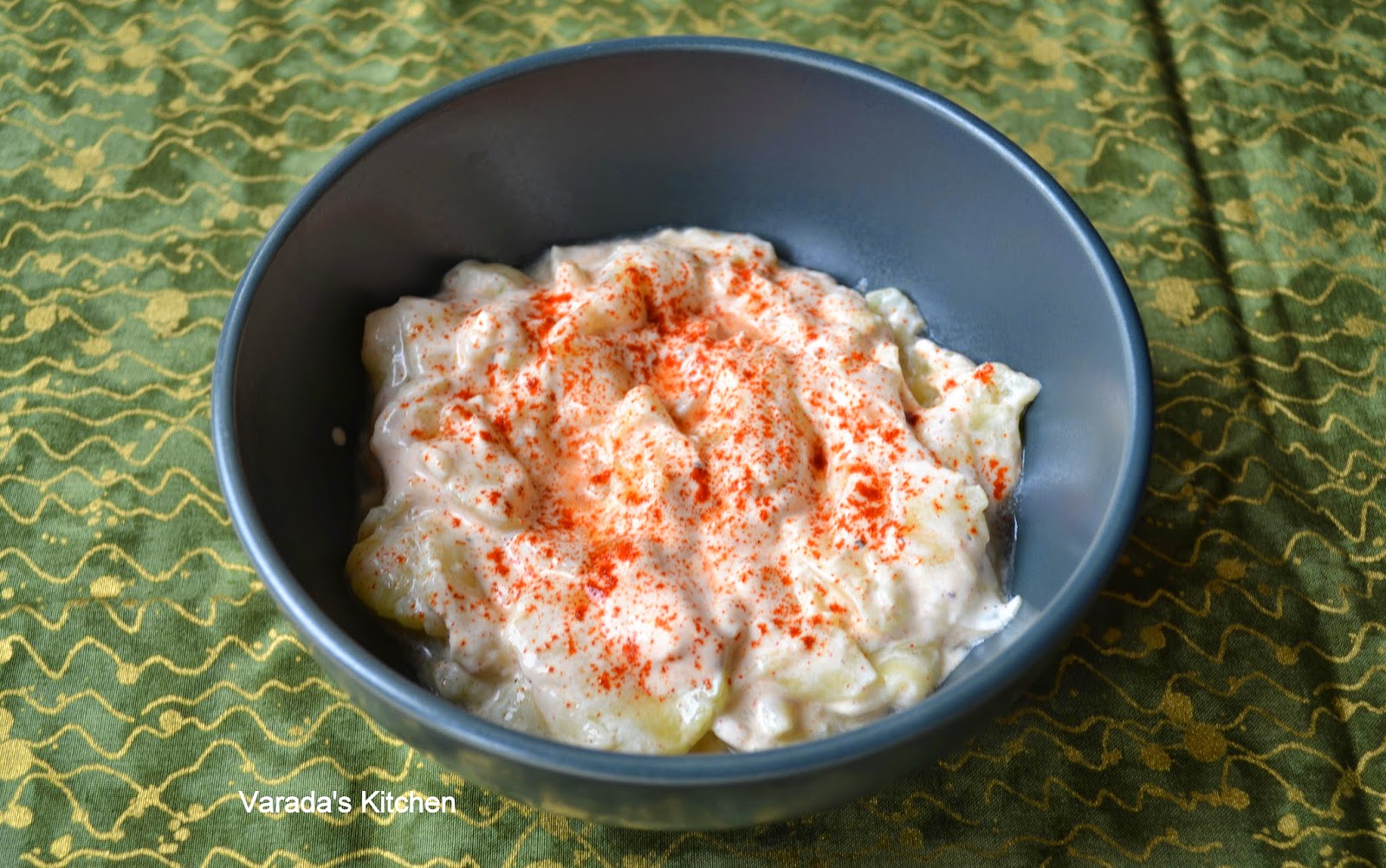 This recipe has a very interesting step. The peeled cucumber is scored using a fork. When sliced it gives each slice a ridged edge as you can see in the picture. I thought that was very cool. 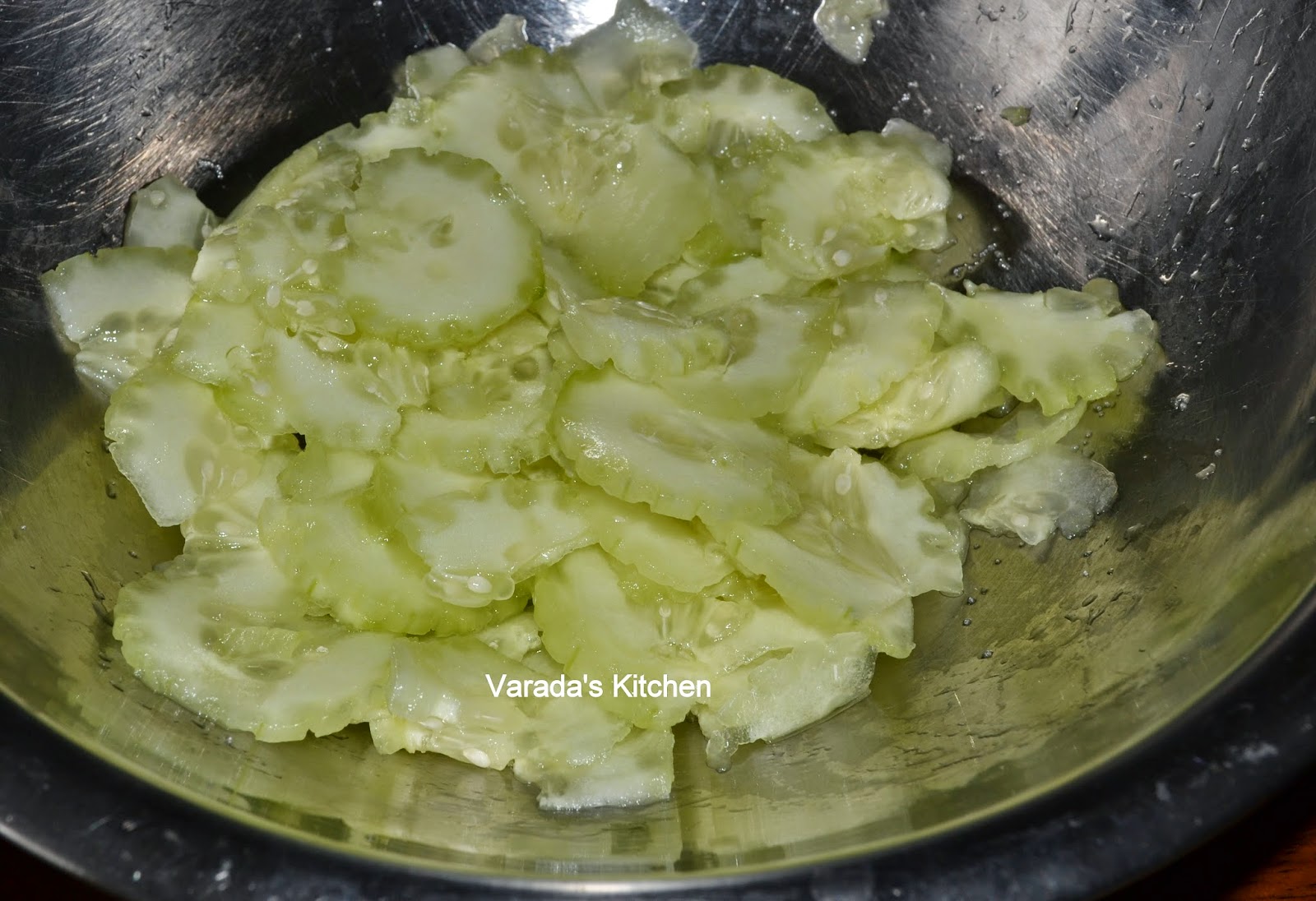 The only thing I would change is the cucumber used for this dish. I used a regular cucumber but I think an English cucumber would have retained its shape better.

Peel the cucumber and then run a fork along the surface from end to end. Slice as thin as possible. Place in a bowl and salt liberally. Allow it to stand for 15 minutes to let the juices flow out.

Meanwhile whisk all the other ingredients together. Discard the juice from the cucumbers and transfer them to the dressing bowl. Combine and let it sit for half an hour before serving. Sprinkle paprika for garnish.