This meal comes from South Korea officially called the Republic of Korea. Rice is the Korean staple, the rest of the meal is built around it. Korean meals are usually served with a lot of side dishes. 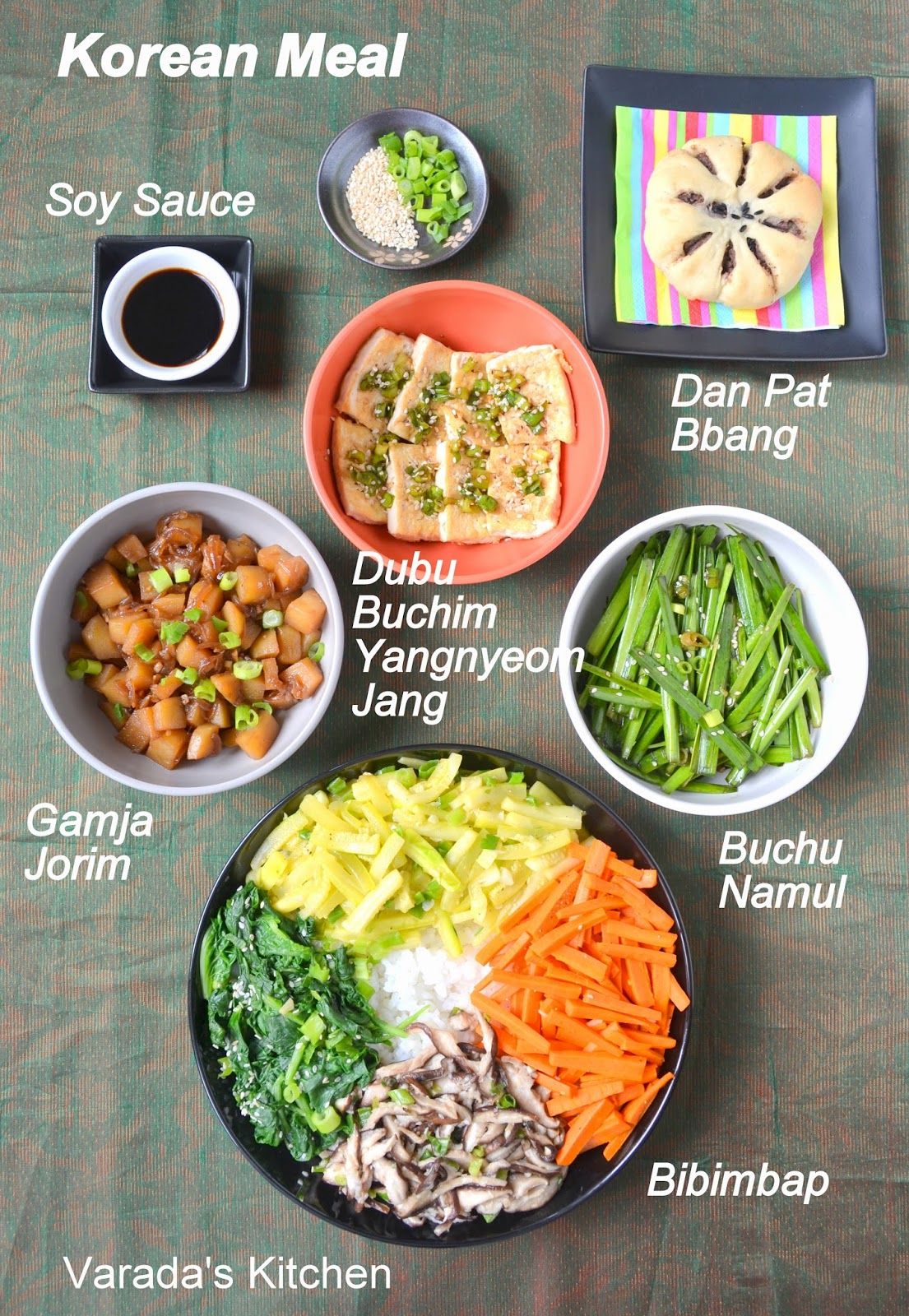 The main dish today is bibimbap which could be called a complete meal in itself. A bed of rice is laid in a stone bowl and topped with a variety of flavored toppings like, spinach, mushrooms, sprouts, carrots and squash. In the center is placed a fried egg (I skipped that). All the flavors are mixed together when eaten.  I decided to make a few side dishes to go along with the meal. Buchu namul or garlic chives is a salad. Dubu Buchim Yangnyeom jang is pan fried tofu topped with spices. Gamja Jorim or braised potato is a soy sauce and garlic flavored pan fried potato. Korean meals do not include desserts. Sweet dishes are served on their own or with tea. I made dan pat bbang or bread stuffed with the sweet paste of red azuki beans. All the dishes tasted great but I have a confession. We enjoy meals without gravy or dal but we found this meal too dry. So we mixed in some plain yogurt with the rice. 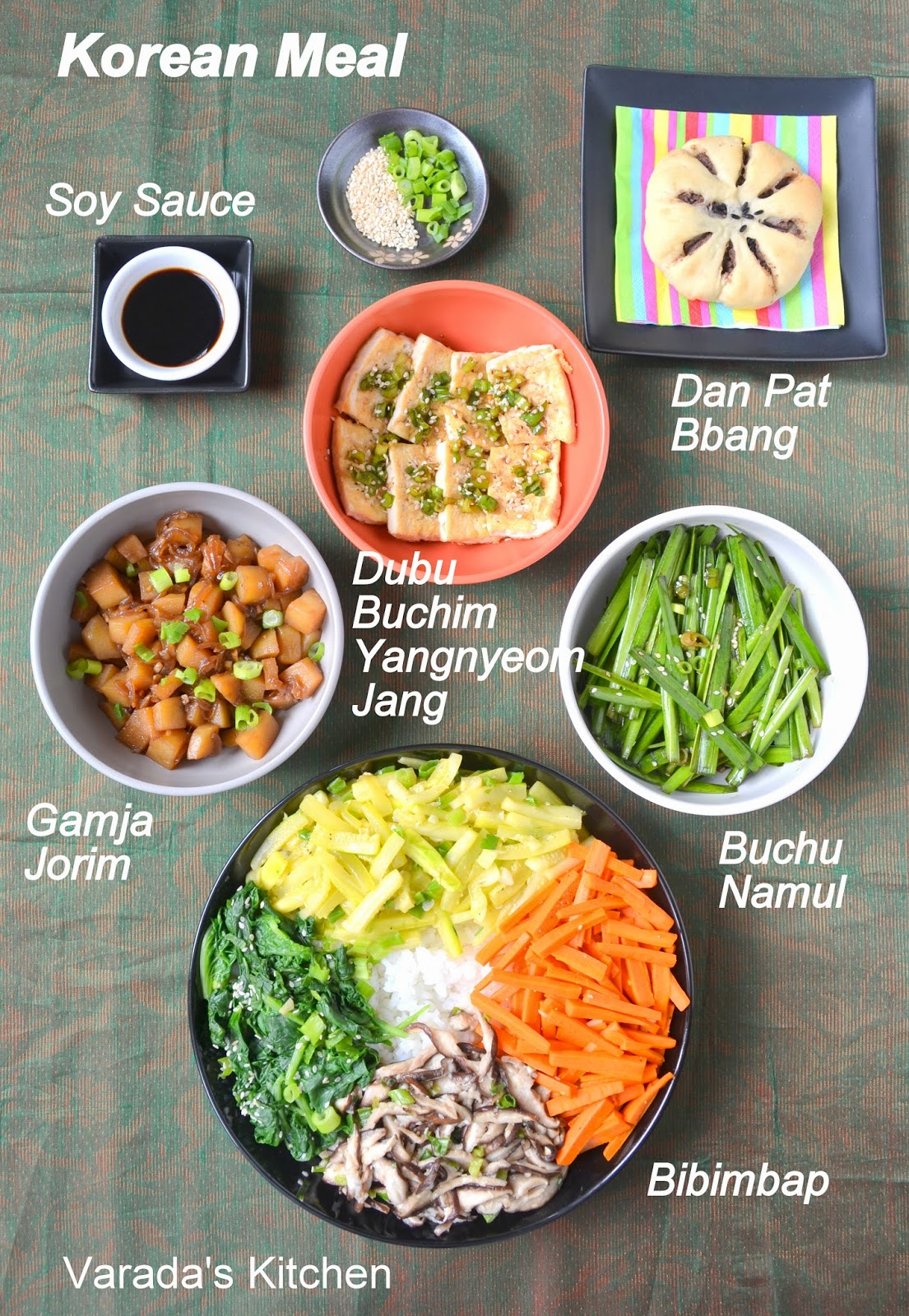 The new ingredients I used for this meal were Chinese chives and azuki beans. I had never heard of azuki beans before I found the stuffed bread recipe. They are red beans and taste great in sweet dishes. We liked it a lot. The other ingredient Chinese chives did not go down too well. I have used chives before but they are the small ones used as garnish not as the main ingredient. The dish failed miserably. We simply could not eat it. It may have been the recipe or it may have been the way I prepared them. Unfortunately, I had already clicked pictures of the meal with it so I am posting those. But I will not post the failed recipe.

As they say in Korea, mat`ike`deseyo!