Samosas are popular all over the world. The flavorful filling and the crispy crust is what makes the samosa so popular. The big drawback of a samosa is that it is deep fried. Samsa is a variation of the popular samosa and is widely popular in the middle east. 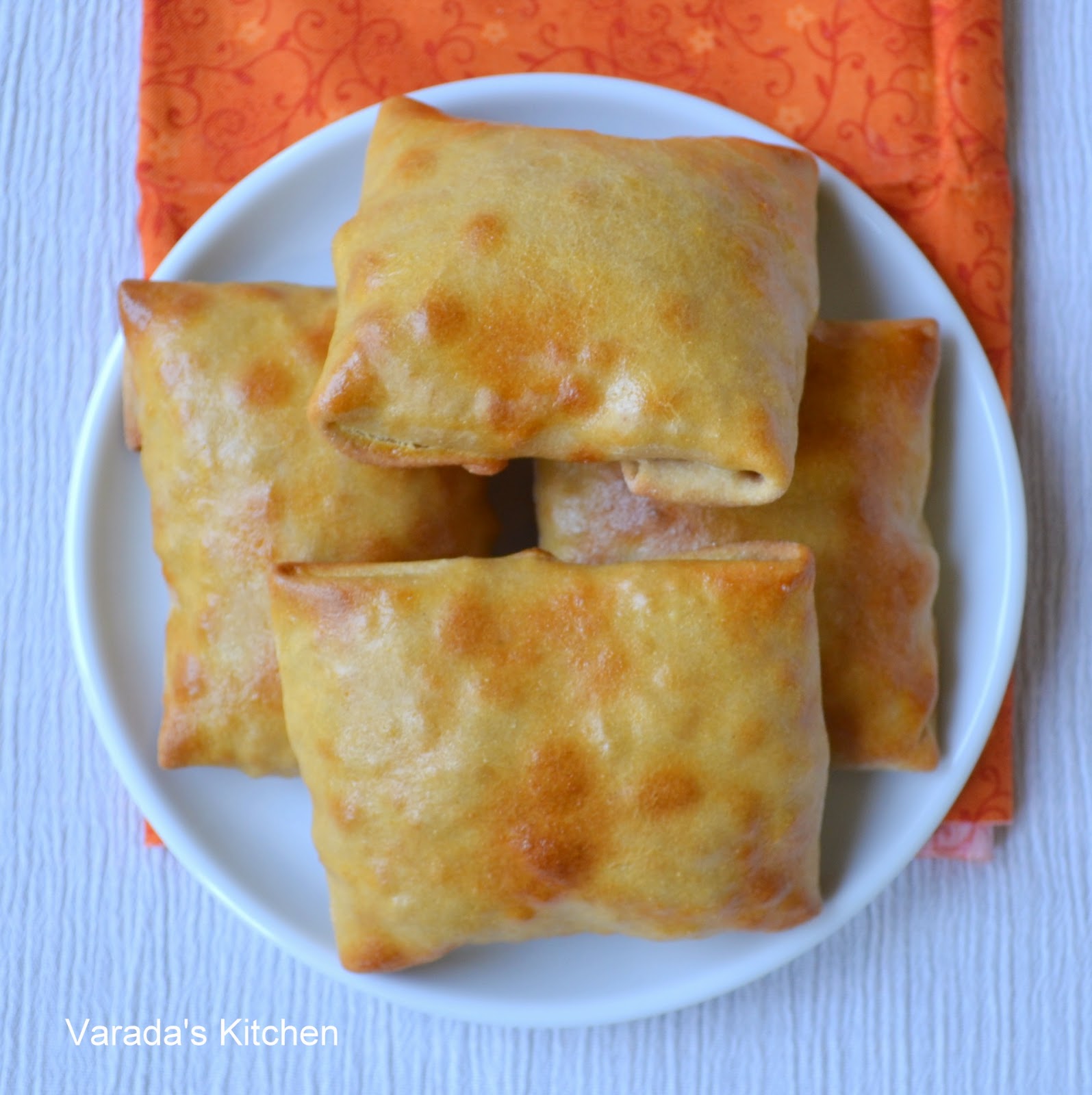 In the Xinjiang province of China, where the food is heavily influenced by Arabic cuisine, samsa is a popular street food. It is cooked in a tandoor like oven and can be baked in a home oven. The filling is usually not vegetarian. I converted the original recipe by using potatoes and cheese. 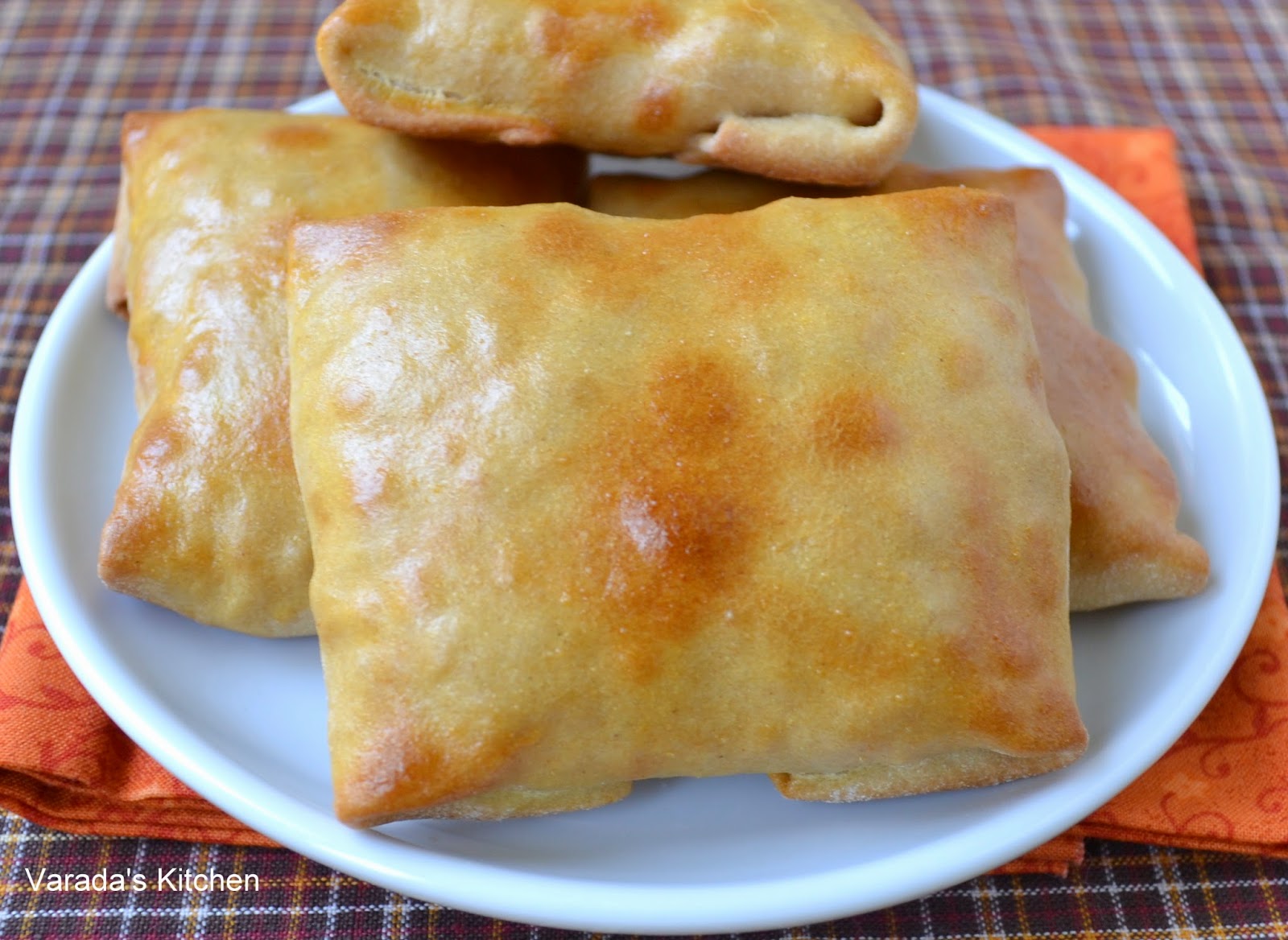 Like its cousin the samosa, the dough used for the samsa is not leavened. A strong flour is used and rolled out thinly to ensure it is cooked through. I used whole wheat flour that we use for chapatis. 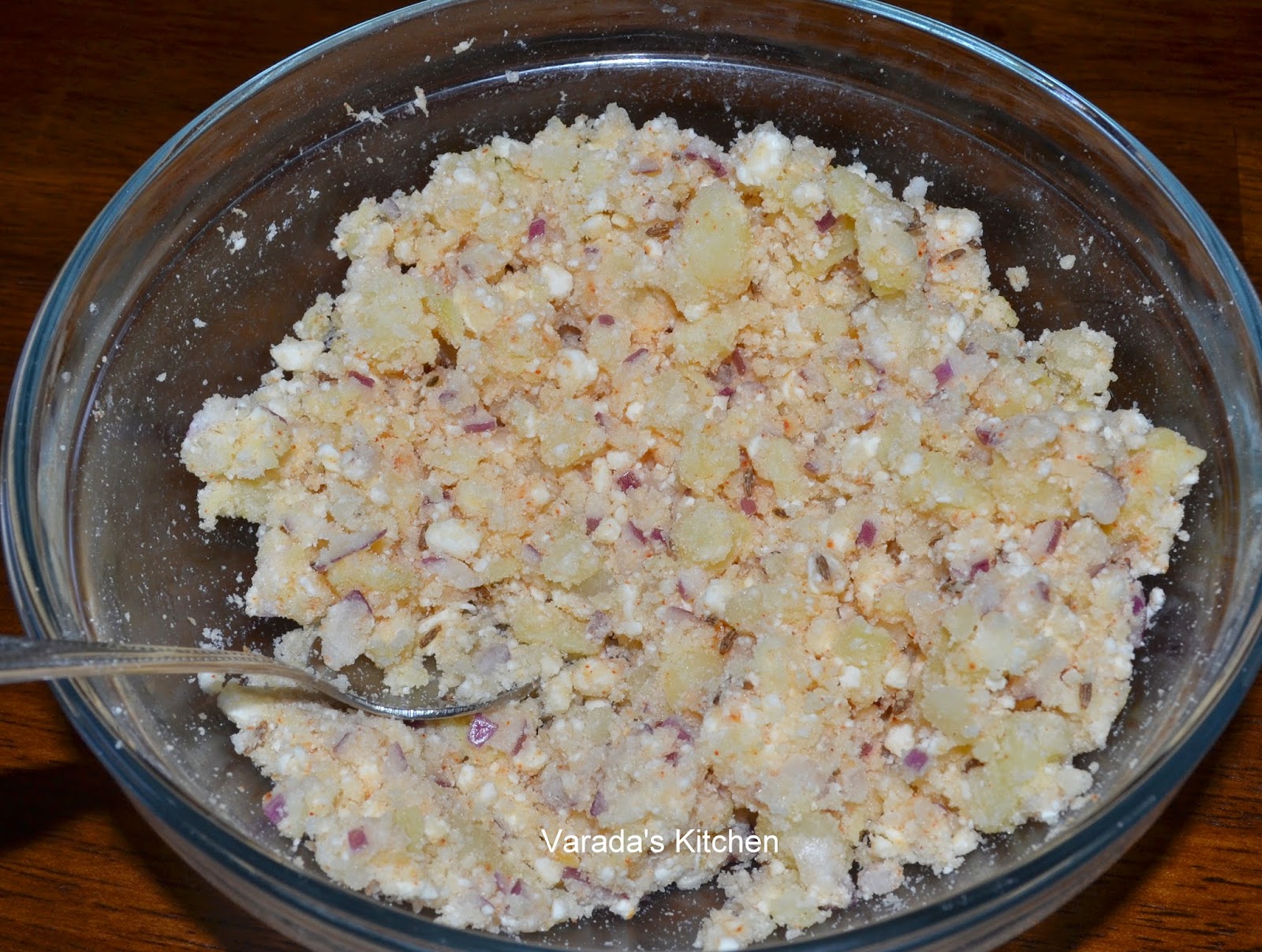 In a separate bowl sift the flour and using water form a soft dough. Knead it for a couple minutes. Cover in plastic wrap and let it rest for 20 minutes.

Preheat oven to 425 F. To prepare the samsa divide the dough into 8-10 portions. Roll out one portion on a work surface using a little flour to prevent sticking. The rolled disc should be 1/8th of an inch or thinner. 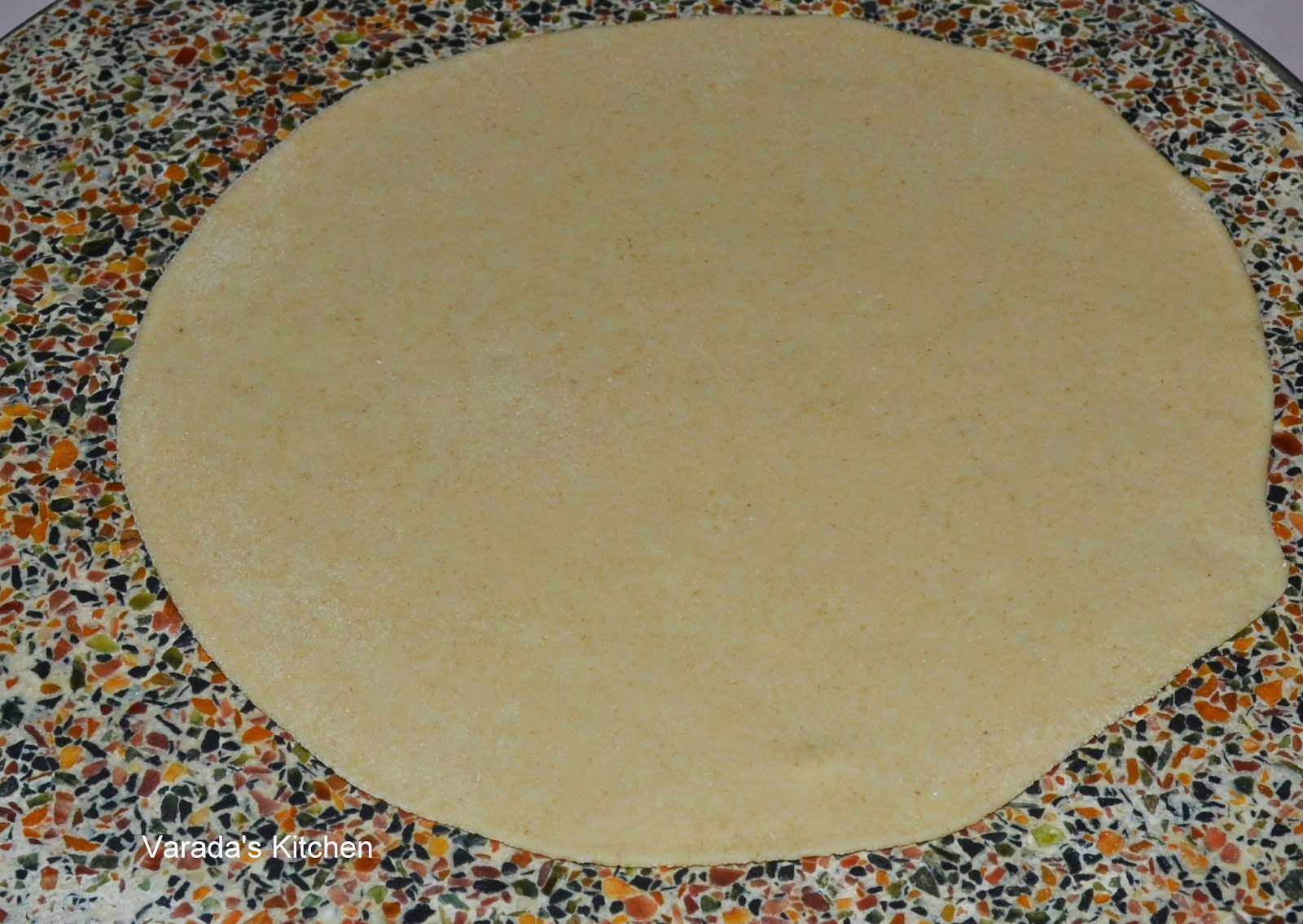 Place filling in the center and fold in the dough from one side. 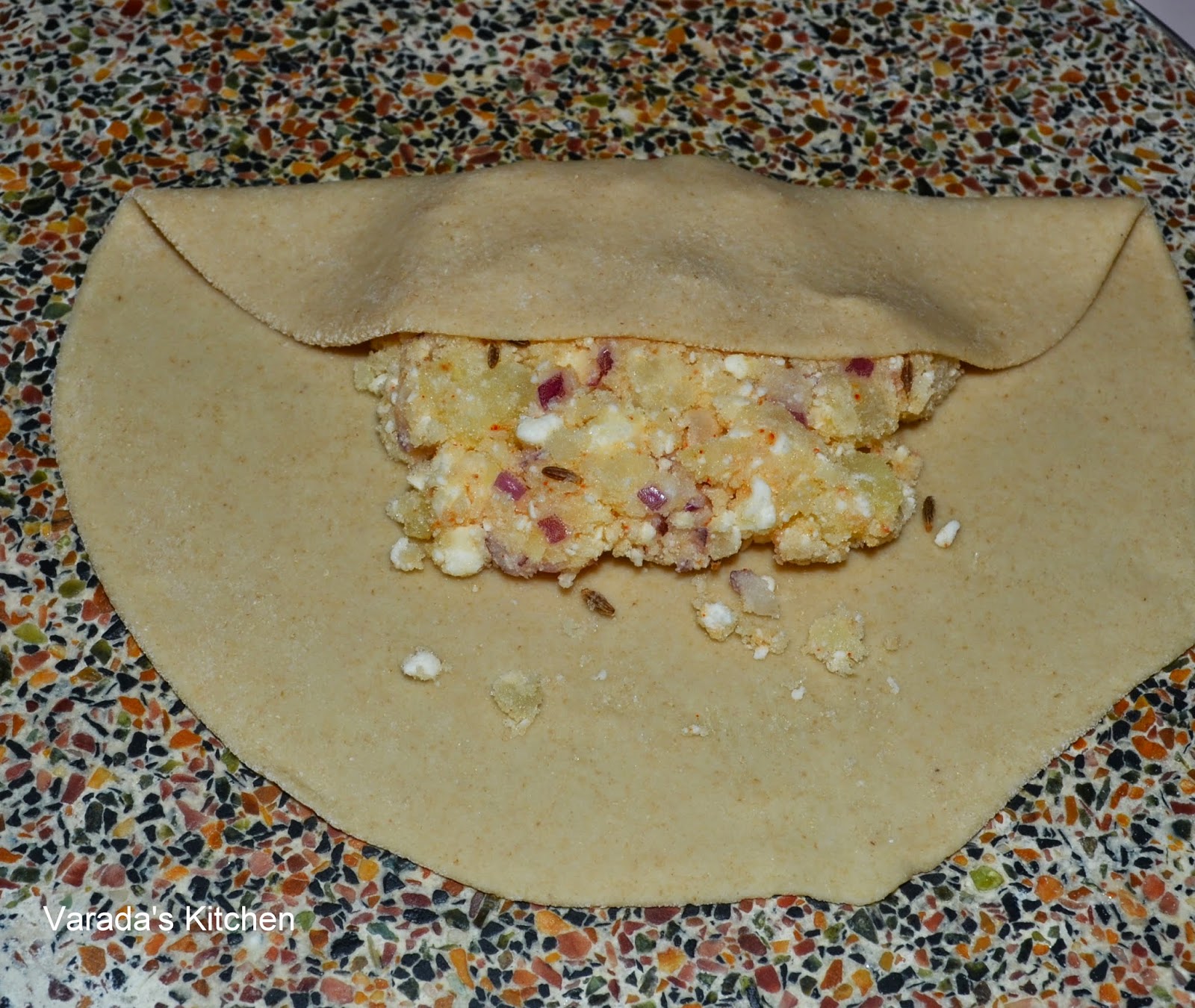 Now fold in the opposite side. Next fold in from the third side. 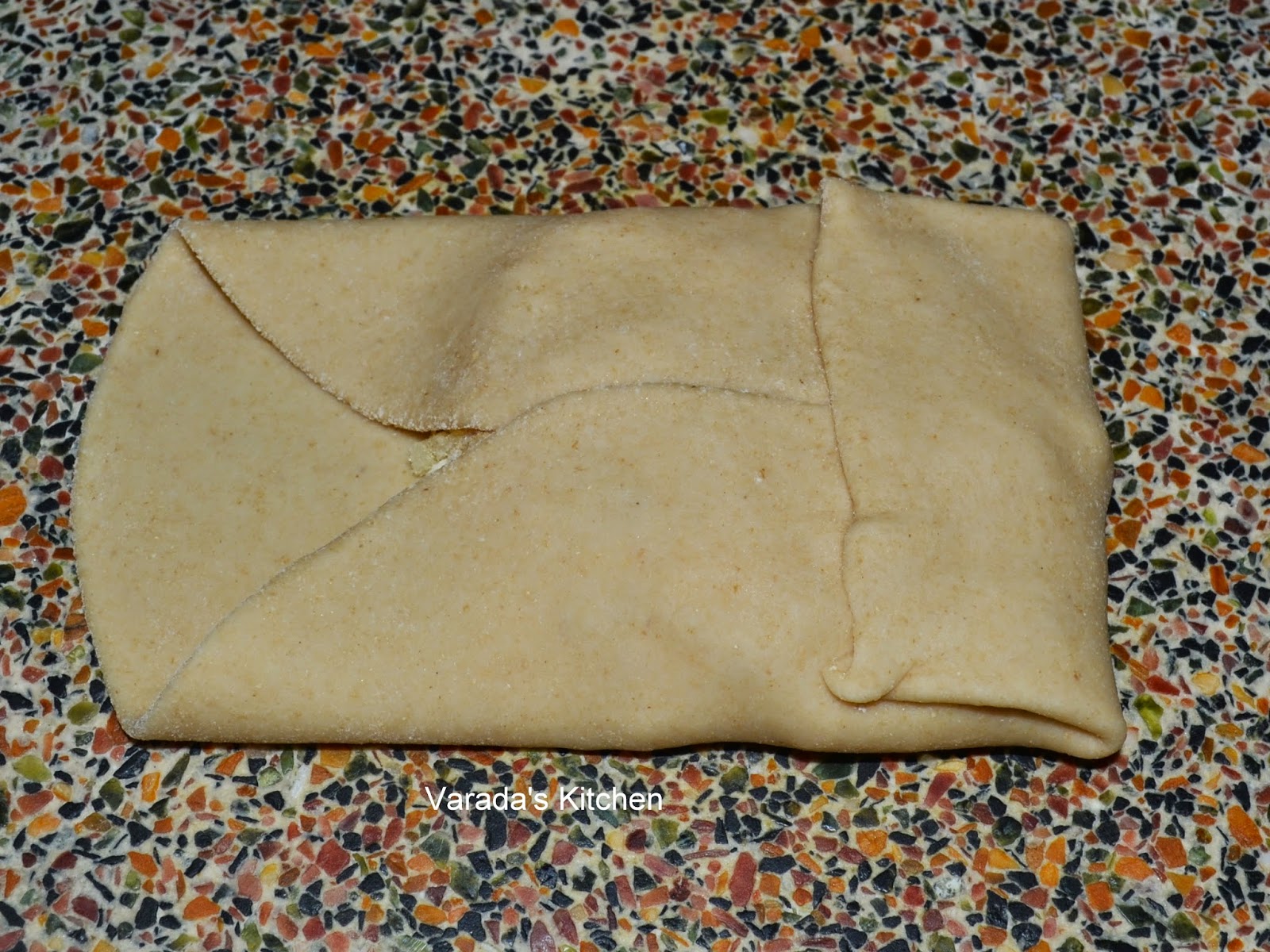 Complete the package by folding in the remaining side. 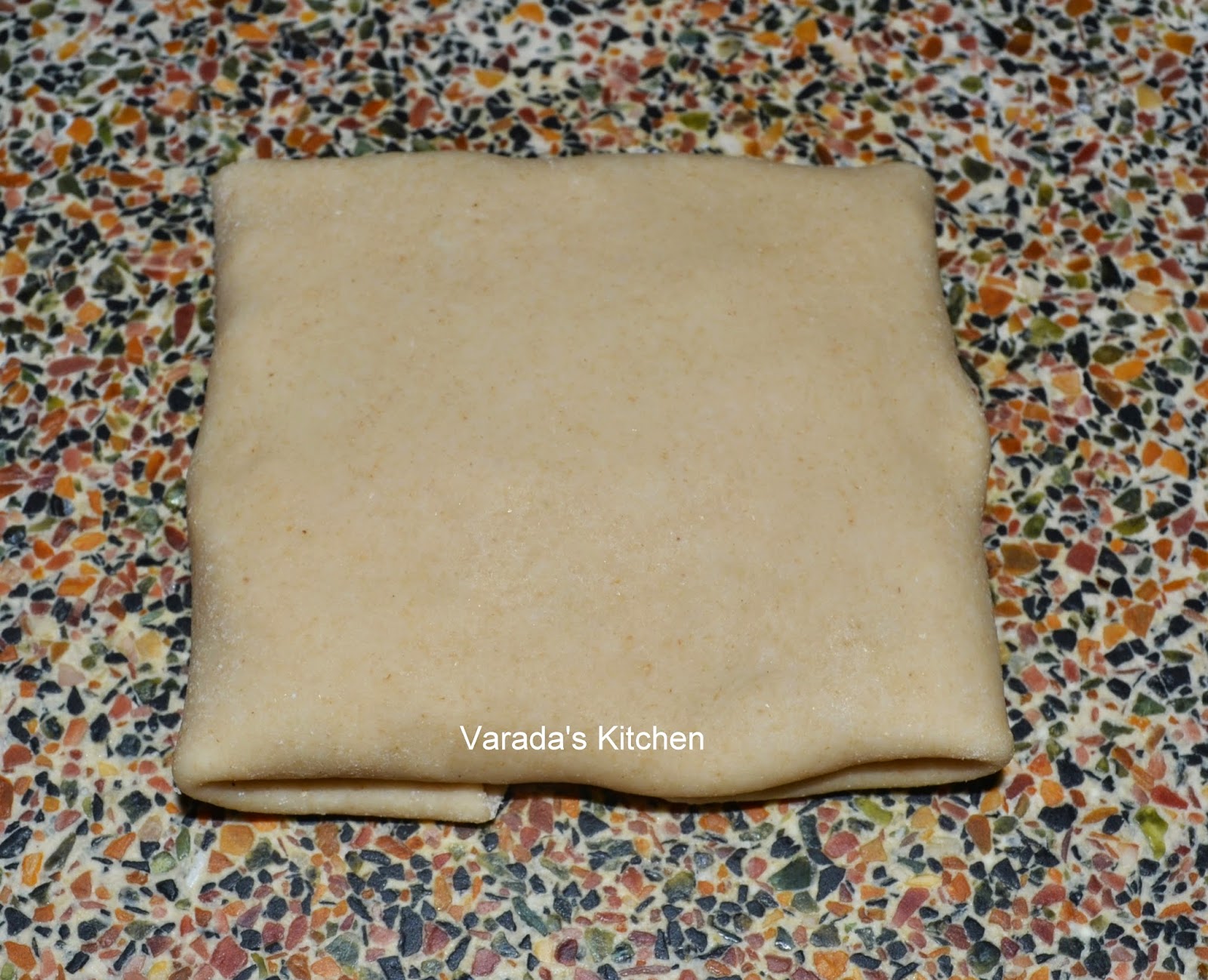 Place on a prepared baking sheet. Repeat for the remaining portions of dough. Break the egg in a bowl and add 1 tbsp. water. Whisk together. Apply egg wash over the prepared samsa. 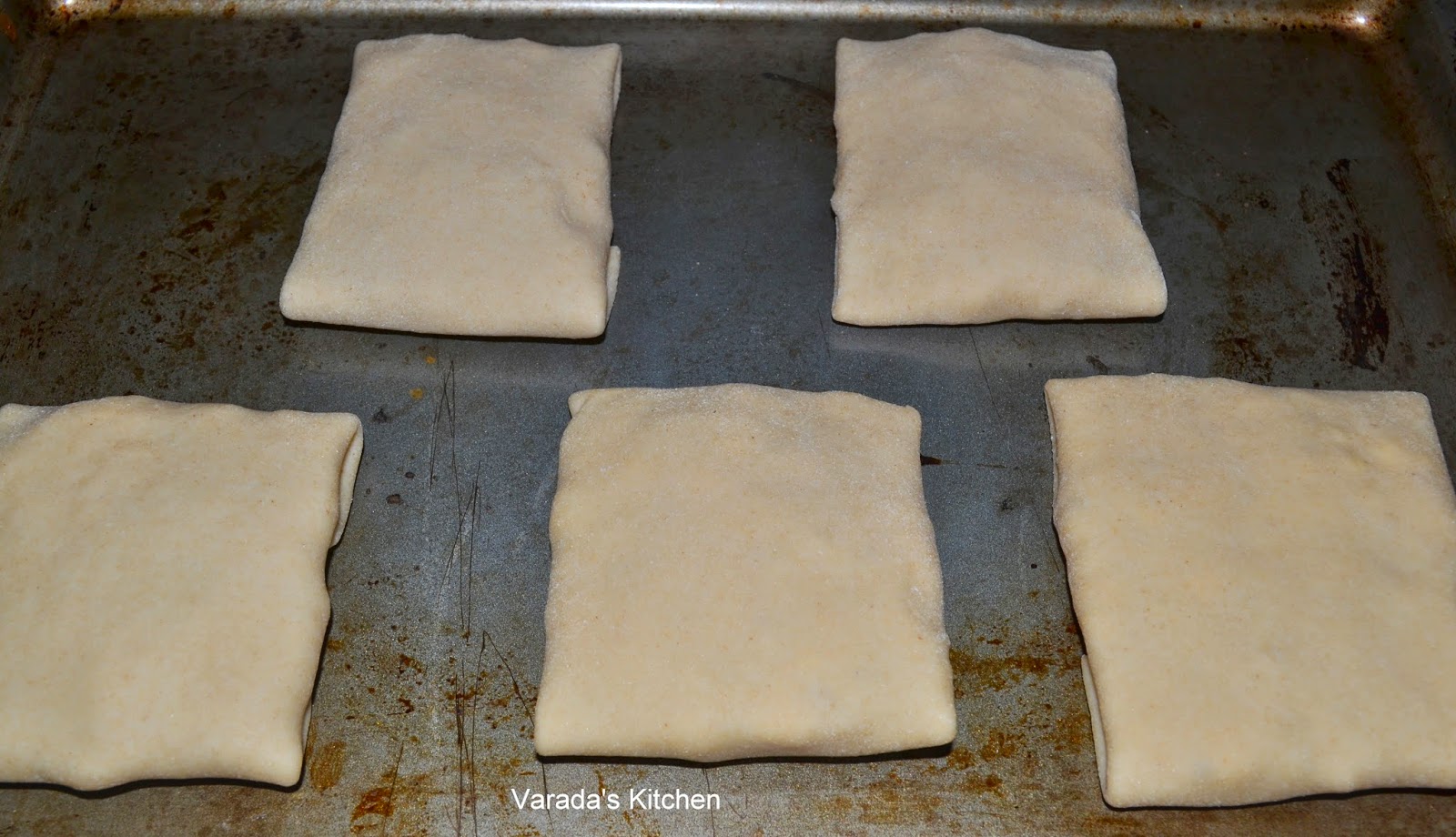 Bake for 15-20 minutes or until the tops are brown. Let it cool on a cooling rack for a couple minutes.