Two things prompted me to make this meal. One was the Swiss macaroni and cheese and the second was the soft two strand braided bread zopf. The loaves were so delicious they were all gone before we sat down to have this meal. I just about managed to get pictures. 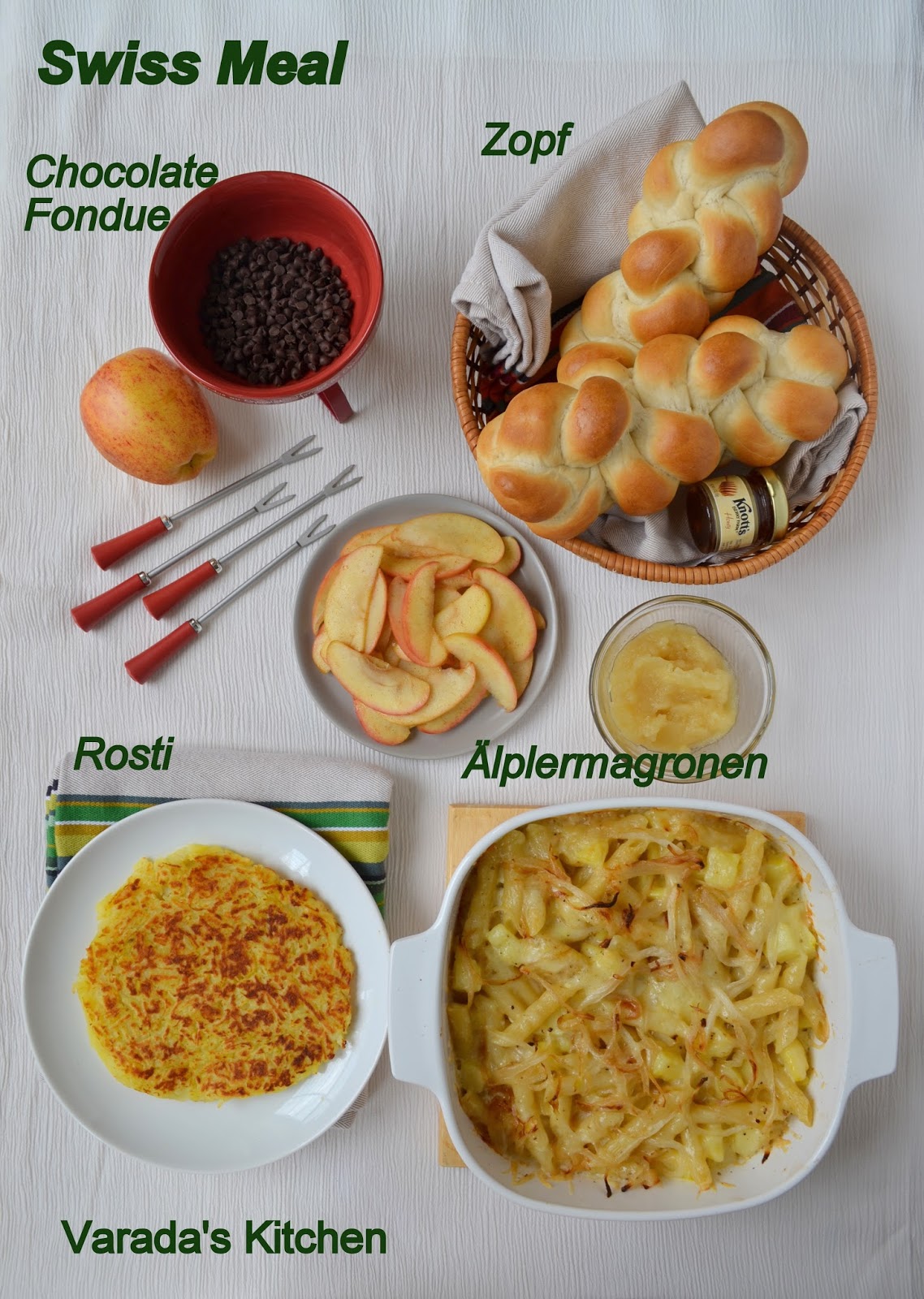 Once I finalized the bread and pasta I needed something simple for a side. If I find something with potato in it I include it in the menu. Rosti or potato pancake seemed to fit the bill perfectly and was much loved by my daughter. What is a Swiss meal without a fondue? I culd not make a cheese fondue as that would mean too much food. Instead I made a chocolate fondue and we used apples to dip into the chocolate. I used my chocolate fondue pot to serve the fondue. I had to prepare it after the meal when we were ready to have dessert so as to not thicken the chocolate. So in the picture you see some chopped up chocolate and a whole apple. Overall a very enjoyable meal instead.

No new ingredients in this meal. I did use a new braiding technique for the Zopf. I do believe that I messed up somewhere while making this two strand braid. It was a little lop sided. The macaroni and cheese was very interesting. First the recipe called for potatoes to be used with the pasta. And second it was eaten with a side of apple slices and applesauce. I had never eaten pasta with apple before but it tasted really good.

As they say in Switzerland, En Guete!