Several years ago Gulab Jamoons used to be my go to dessert. My sister-in-law had shared this recipe with me and it was fool proof. However, the gulab jamoons were deep fried. When I stopped deep frying foods I stopped making them. I have not made them for a very long time. Lately, I have been trying to come up with baked versions of a lot of deep fried recipes. This is my latest converted recipe. 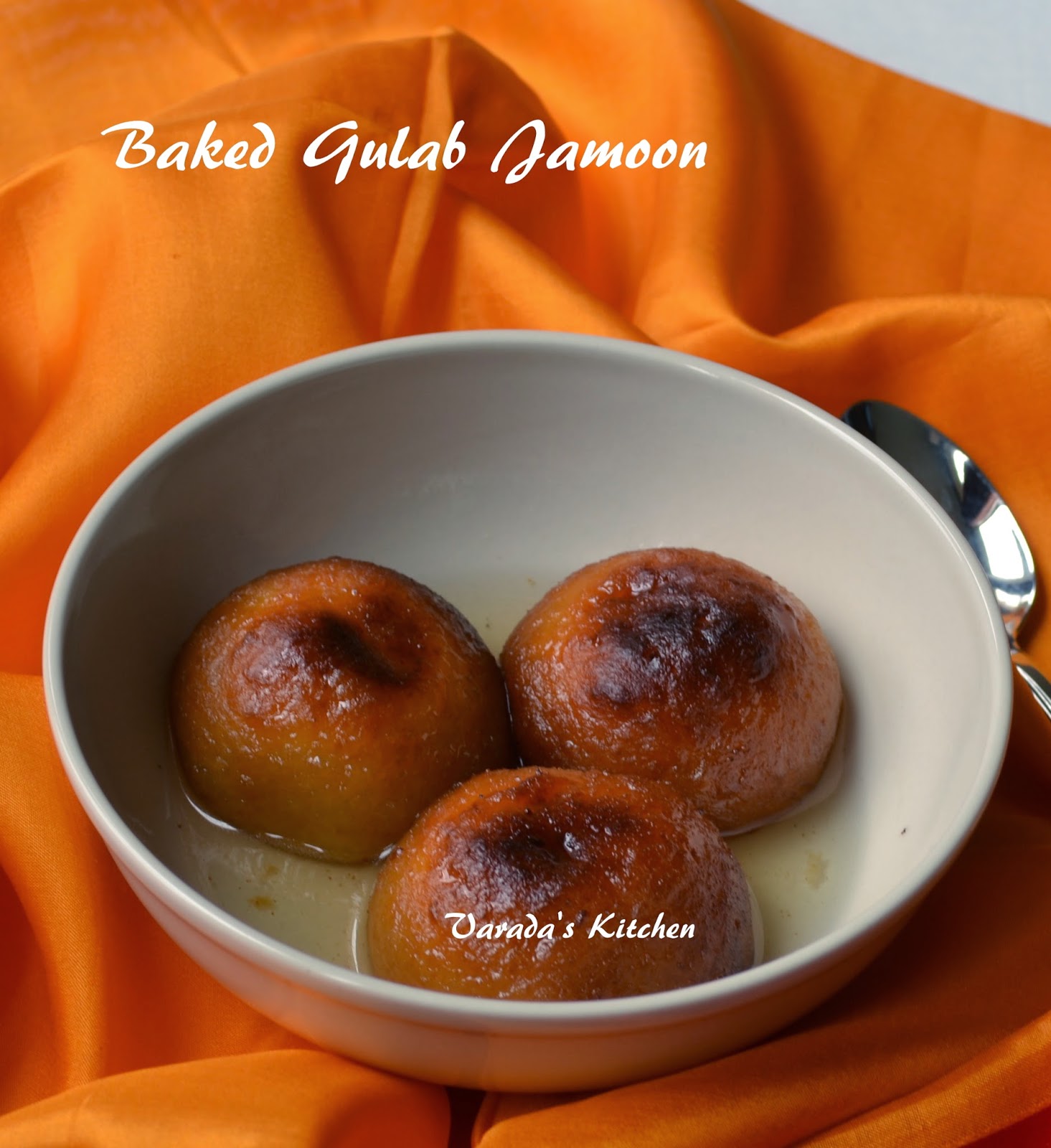 Gulab Jamoon is one of the few desserts that my daughter loves. I remember once I had to make 110 gulab jamoon for a dinner party. My daughter was just 5-6 years old then. I heated up a large kadai/wok so I could get it done quickly. I made the first batch of 10 and put them on a kitchen paper towel. My daughter asked if she could taste it and I told her she could have two. I turned around to make the next batch of 10. By the time the second batch was done the first one had disappeared. All 10 gone! Even today she prefers to have them dry before they are added to the sugar syrup. And she will not eat them unless they are made by me. Now I have a healthier version that I can make for her. She gave this recipe two thumbs up. 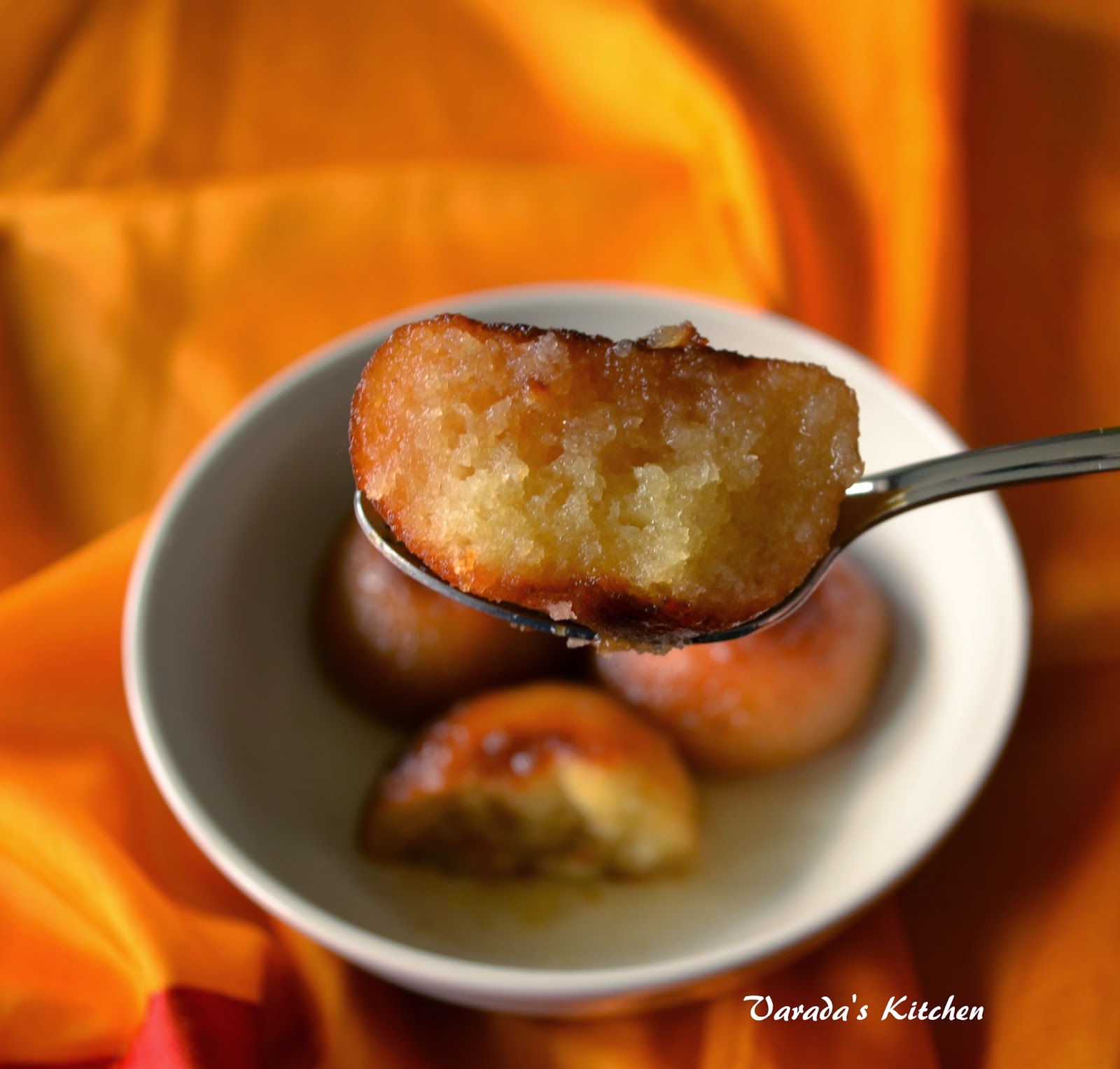 Last week I made my first attempt at baked jamoons. They turned out hard and unedible. In hindsight I realized the dough needed more liquid, the baking temperature should have been lower and they were baked longer than needed. Two days ago I fixed all those problems and got the perfect jamoons. To ensure that I didn't just get lucky I tried it again yesterday with identical successful results. I ran my trials on a small quantity. You can increase the amount by doubling the recipe.

Preheat oven to 325 F. Combine the ingredients for the syrup in a pan and bring it to a boil. Lower the heat all the way and simmer.

Combine the first three ingredients in a mixing bowl. Add the whipping cream and form a very soft dough. Divide the dough into 6-7 marble sized portions. Roll each portion on the palm of your hand to form a ball. Place the prepared jamoon on a baking sheet covered with parchment paper. Repeat with all the portions. 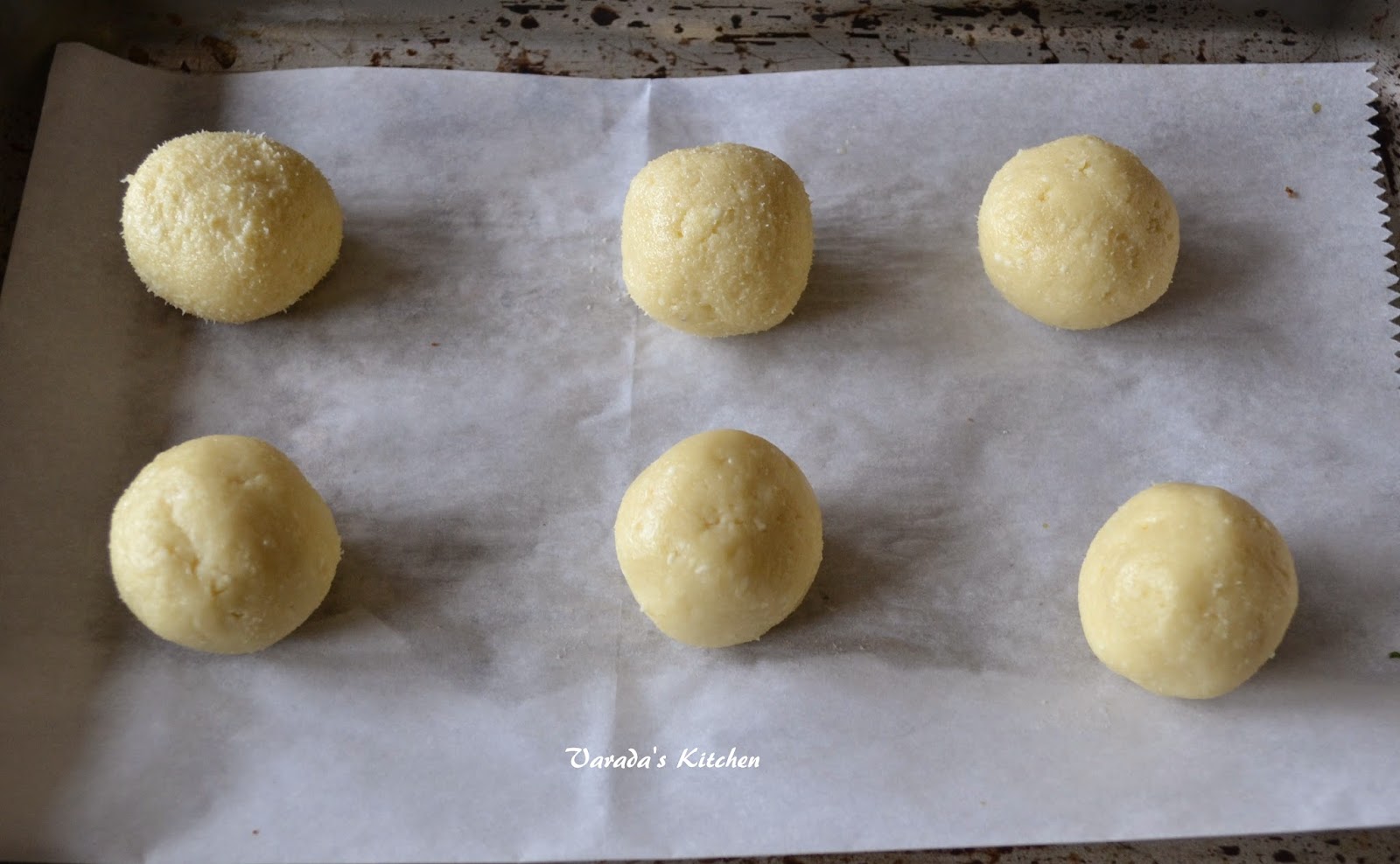 Bake in the preheated oven at 325 F for 6-7 minutes or until the top is dry and the under side is just beginning to brown. You should be able to pick up the jamoon without altering its shape.

Switch the oven to broil. Remove the parchment paper from under the jamoons. DO NOT FORGET TO REMOVE THE PAPER. Broil for 1-2 minutes watching the jamoon like a hawk. They should turn a deep golden brown. Turn them over and broil for half a minute. Take them out of the oven and let them cool for a couple of minutes. The size of the baked jamoon should be considerably larger than the size you started with. 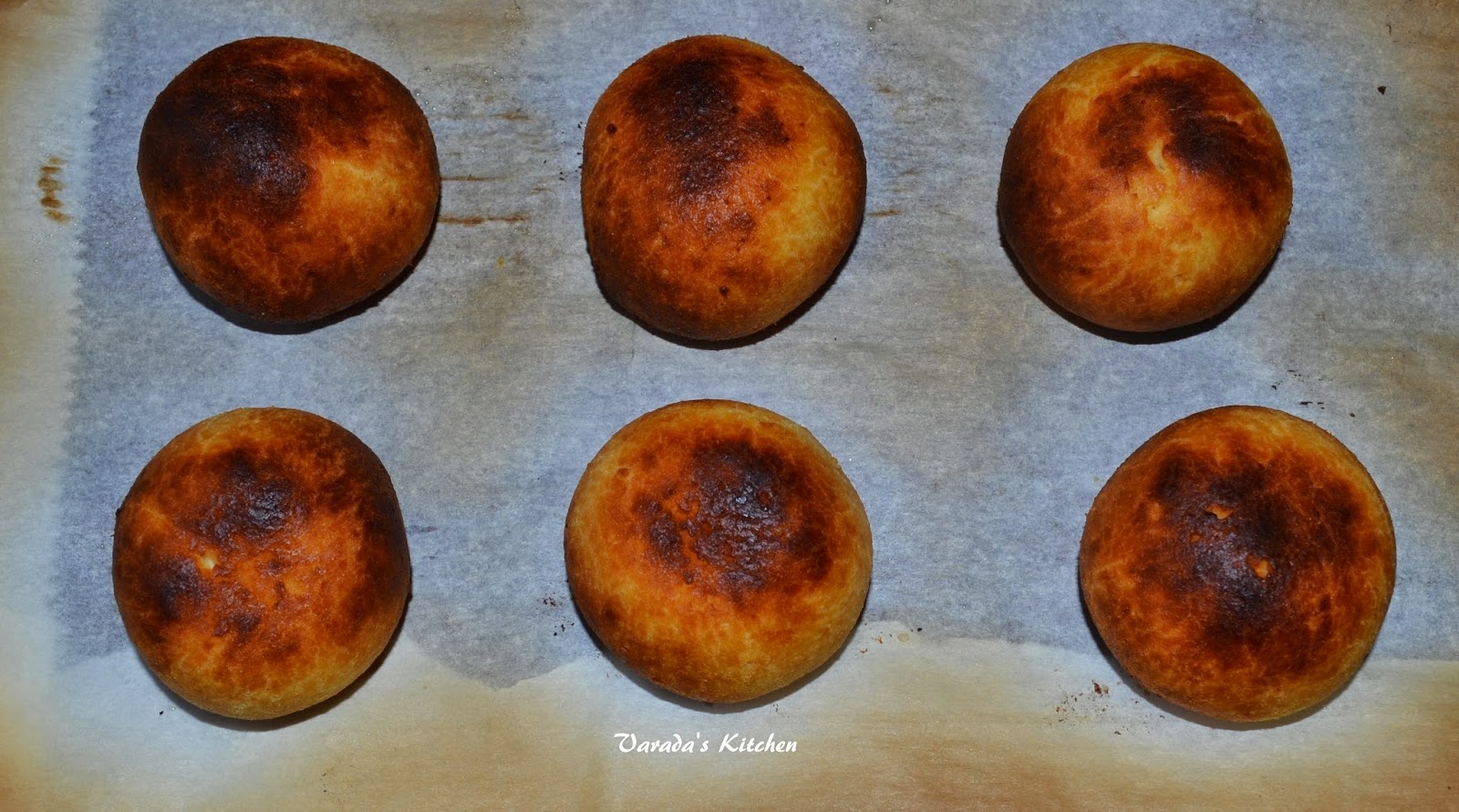 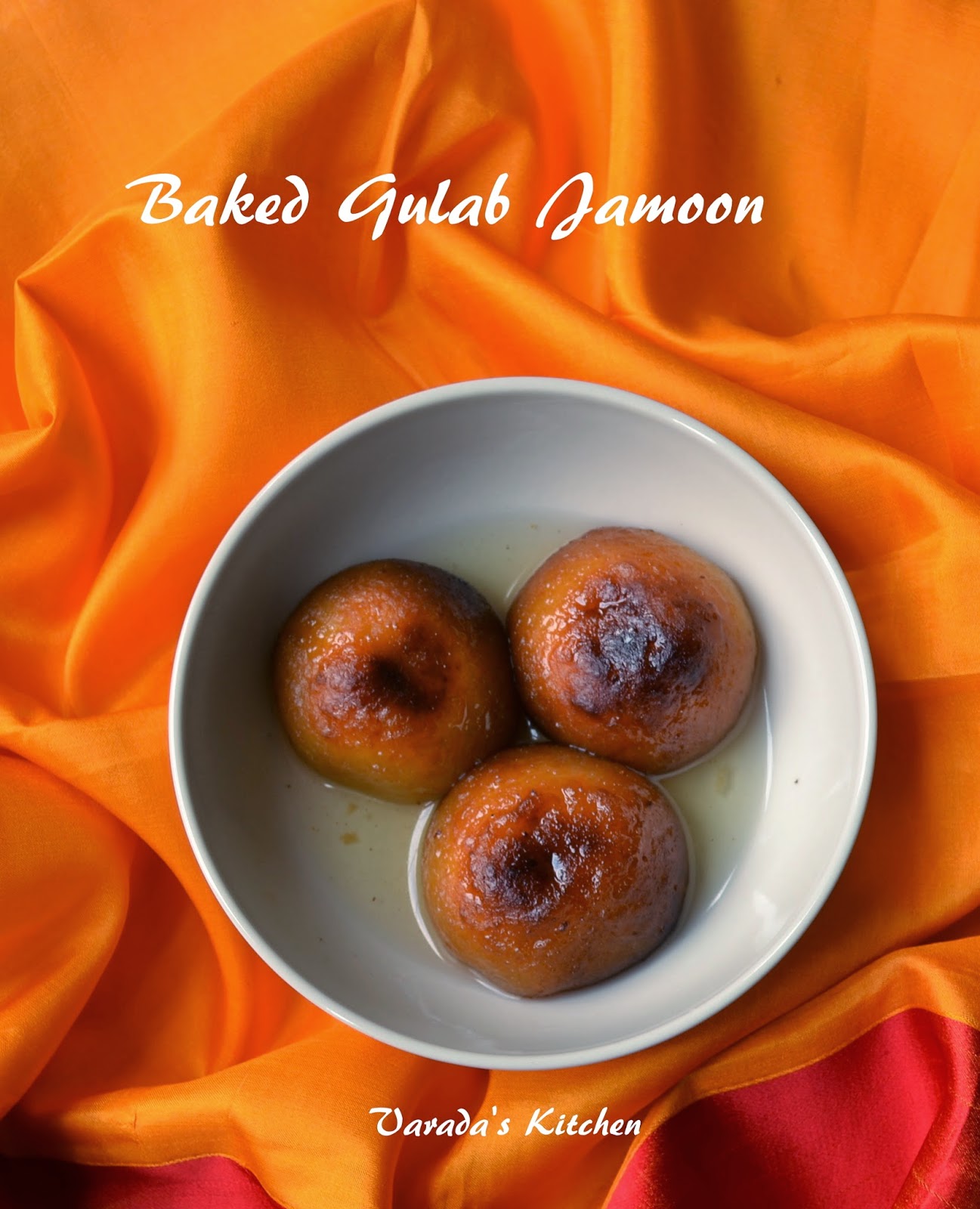