Croissants are made with a super enriched dough. This is one bread I wanted to try for a very long time but never felt like I was ready. It takes a long time to prep, took me 24 hours from time I fed the starter to the time they were baked and ready. The outer crust is crisp but the inner layers are soft. It is this sinful soft flaky goodness that made me want to try the croissants. 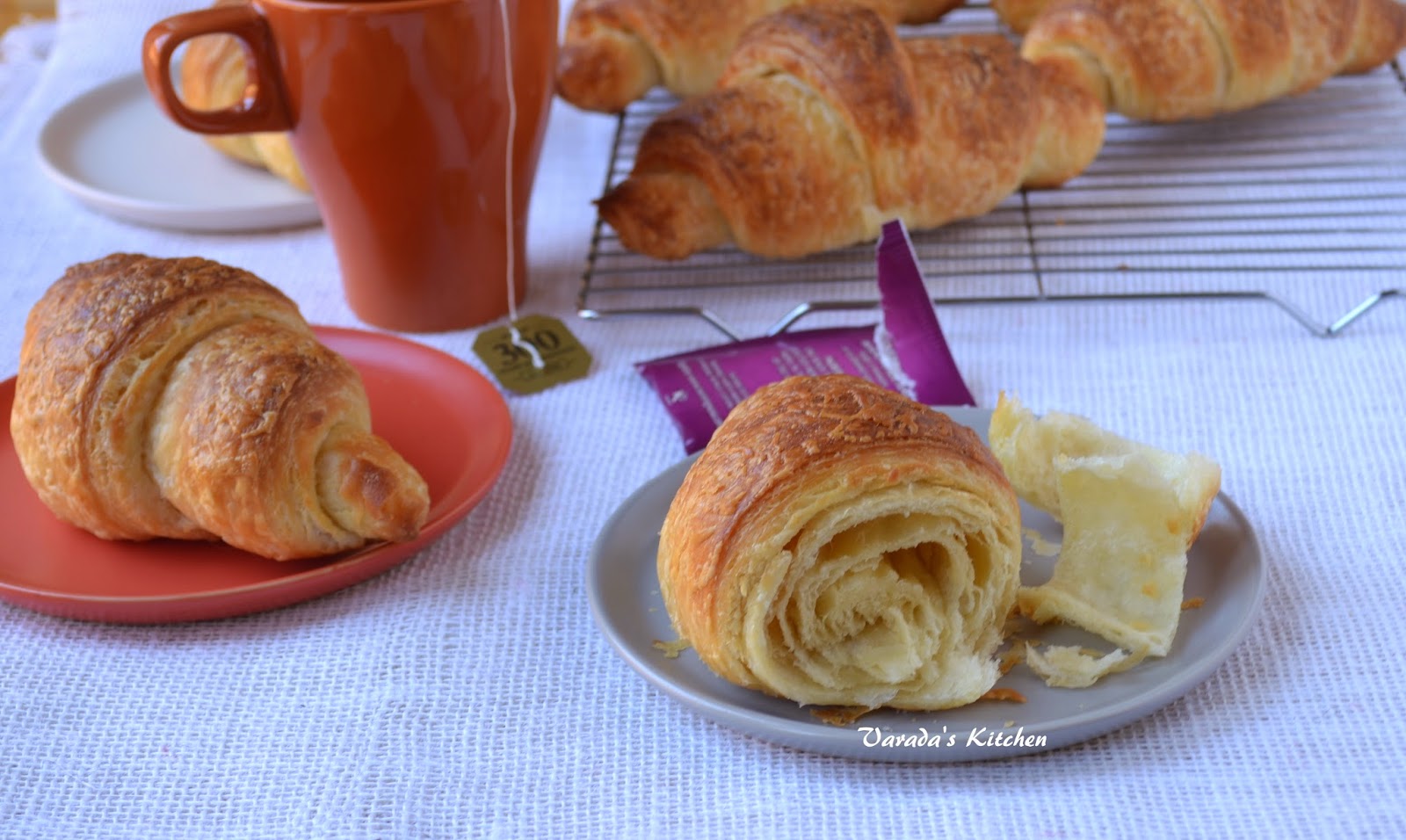 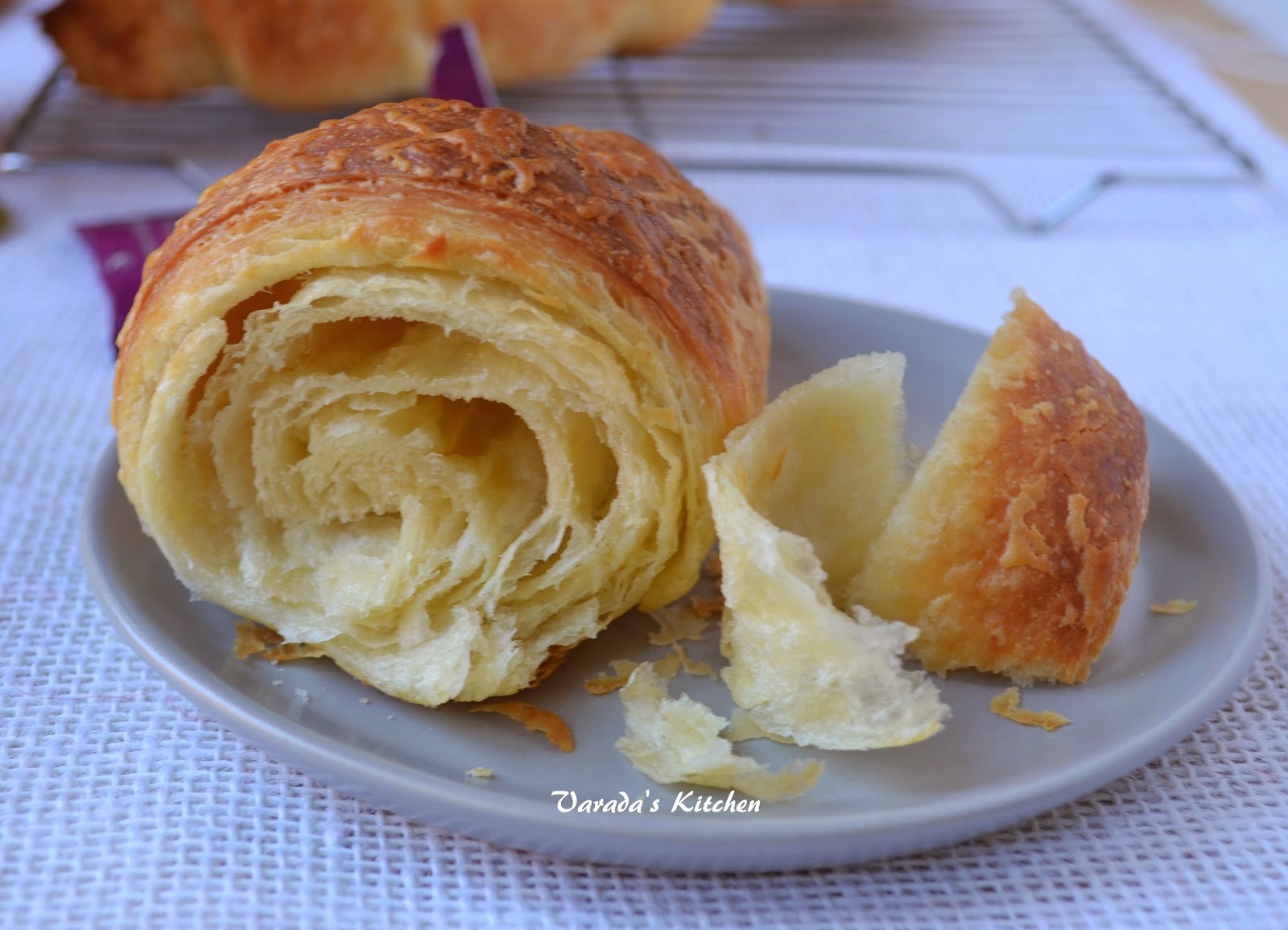 Lamination, done right, results in a soft mesh on the inside of the croissant. While I was able to get some of that effect towards the ends of the croissant the middle is far from perfect. But given how rich the dough for this recipe is I will give it a few months before I attempt the croissant again. 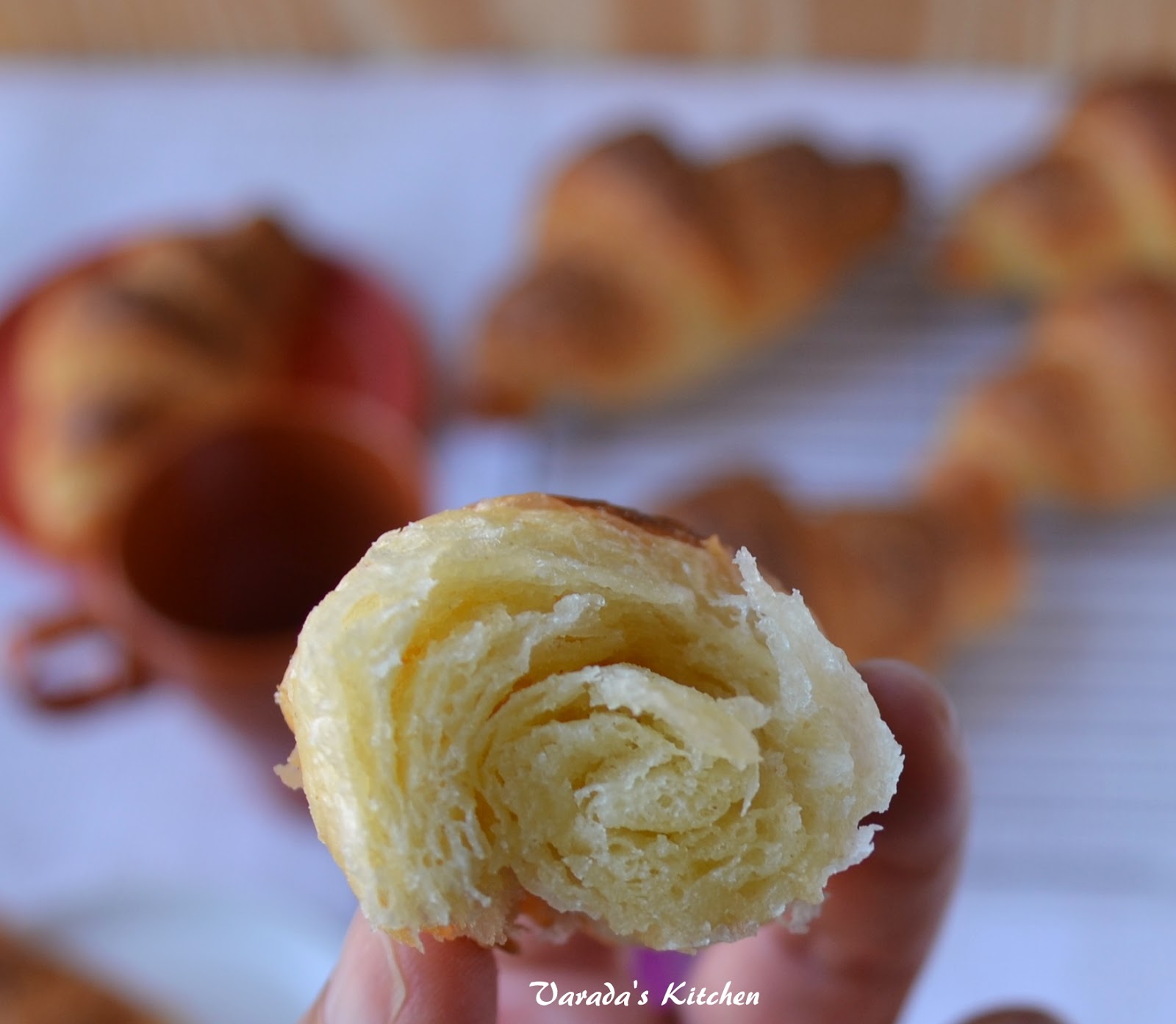 I used the Tartine recipe from the book Tartine bread by Chad Roberston. I had heard from fellow artisan bakers that his formula results in a very flavorful croissant. I have to say the flavor of the bread was awesome. My daughter had it for breakfast over several days and the flavor did not diminish at all. For the exact recipe refer to the book. The recipe is heavy on butter but I rarely bake dishes that are rich. And I wanted to try to replicate the authentic recipe so I went all out. My daughter sure thought it was worth it. For about a 1000 gm of dry and wet ingredients I used about 200 gm of butter. Here is how I did it.

In a large mixing bowl put together all the wet ingredients - fed starter, the poolish and milk. 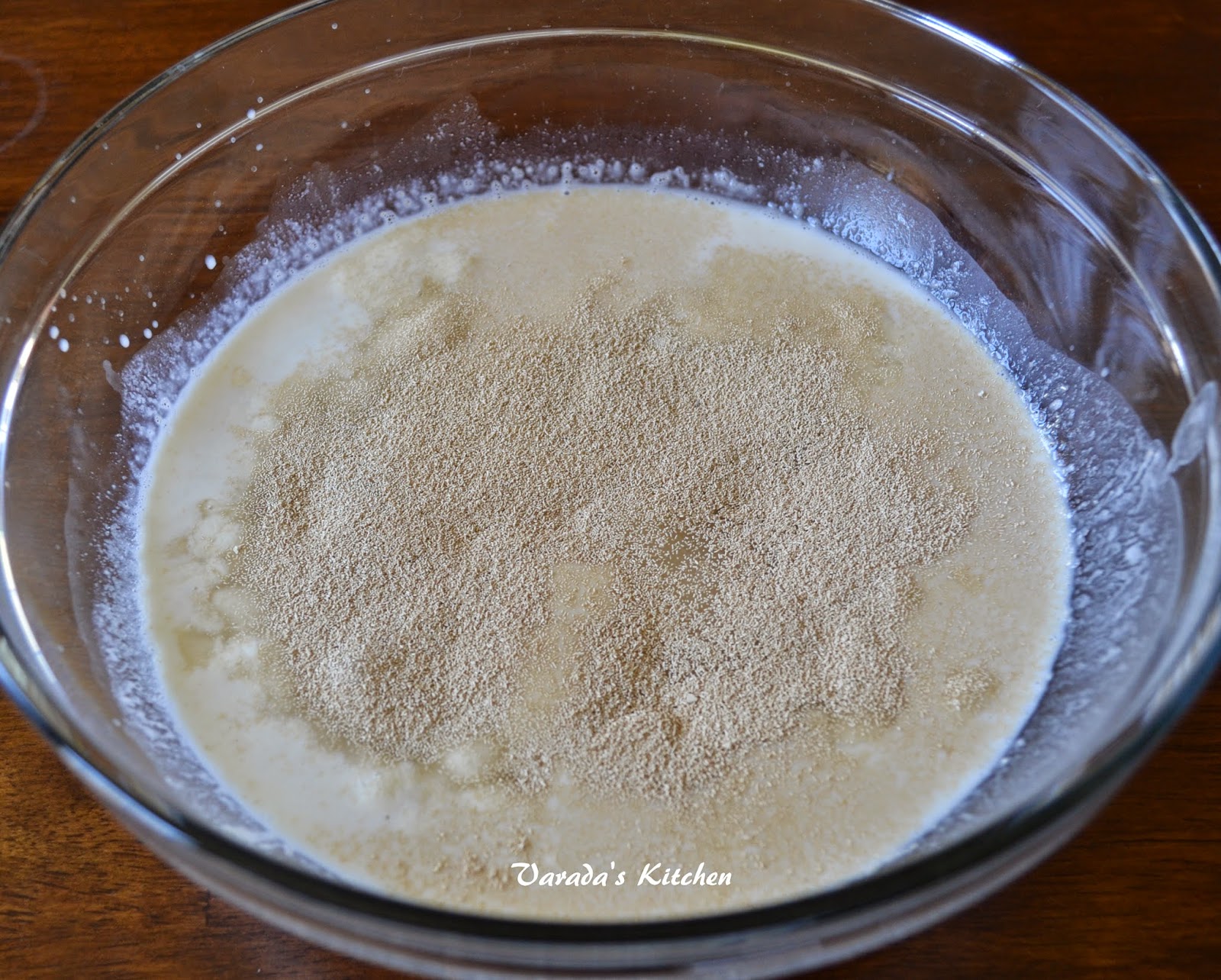 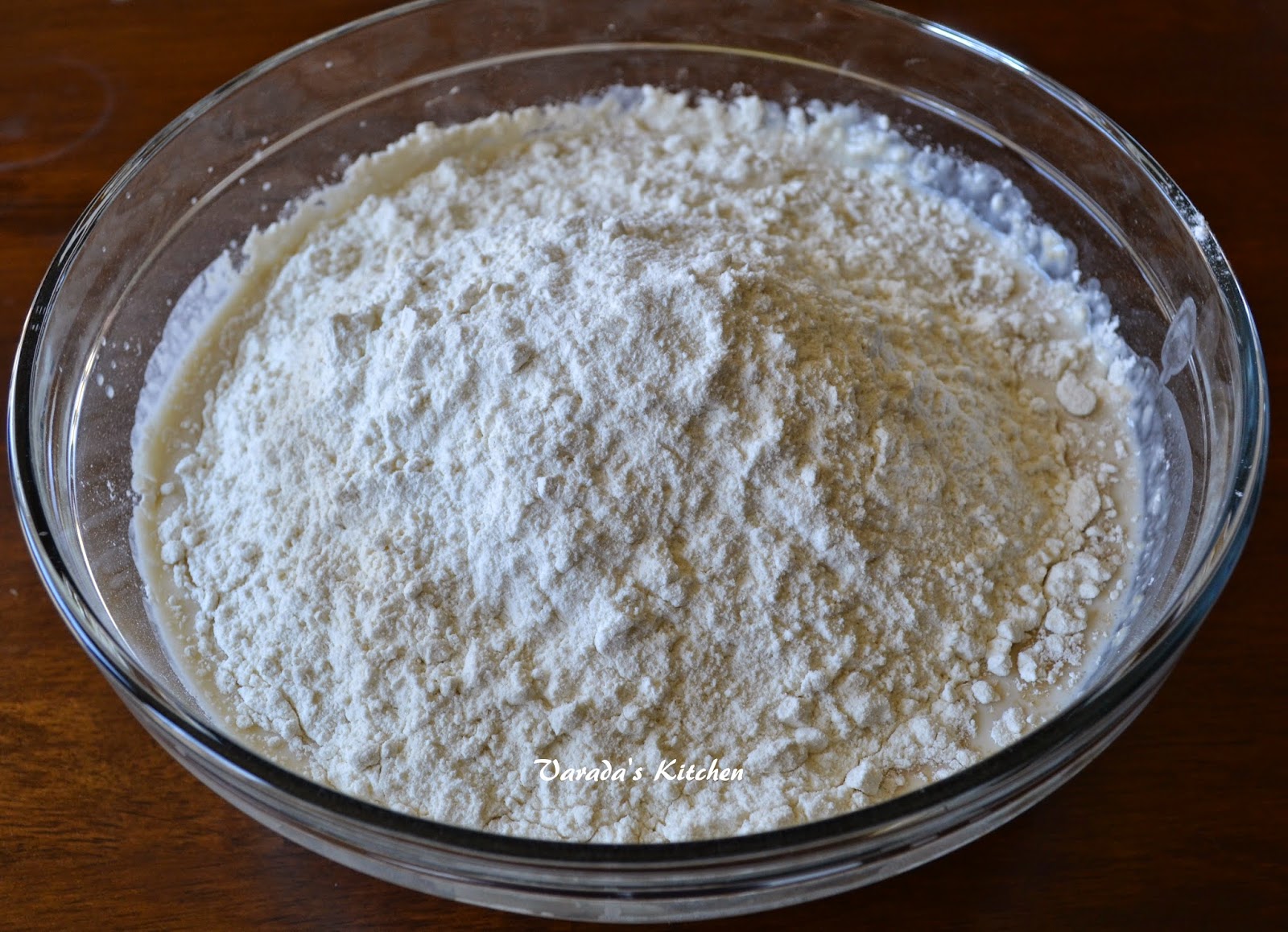 Combine to form a soft dough. Stretch and fold over an hour and a half. Keep aside for the bulk fermentation for a few hours. 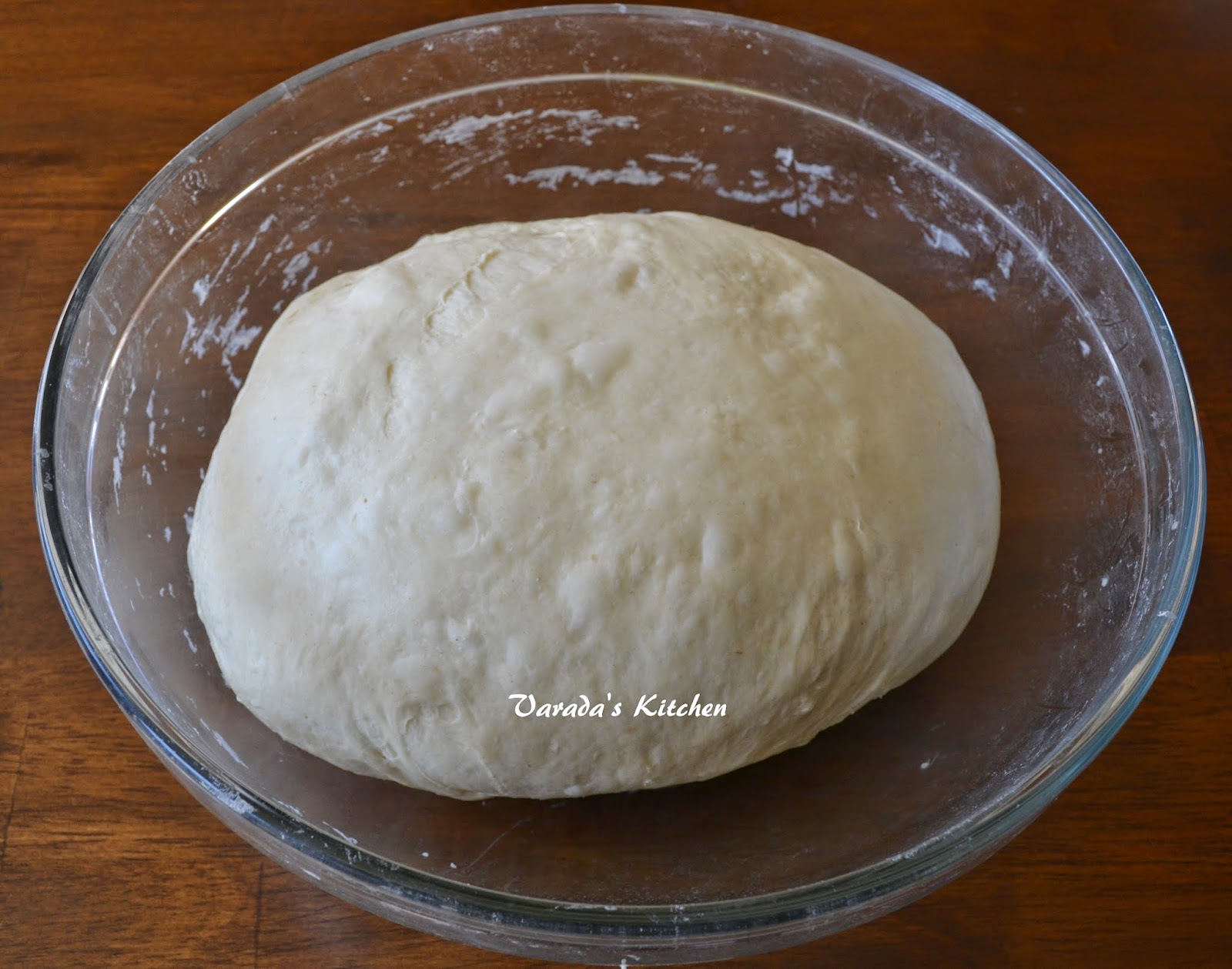 Using a pastry cutter combine the cold butter with the remaining flour. Until it has the consistency of the flour. Refrigerate. 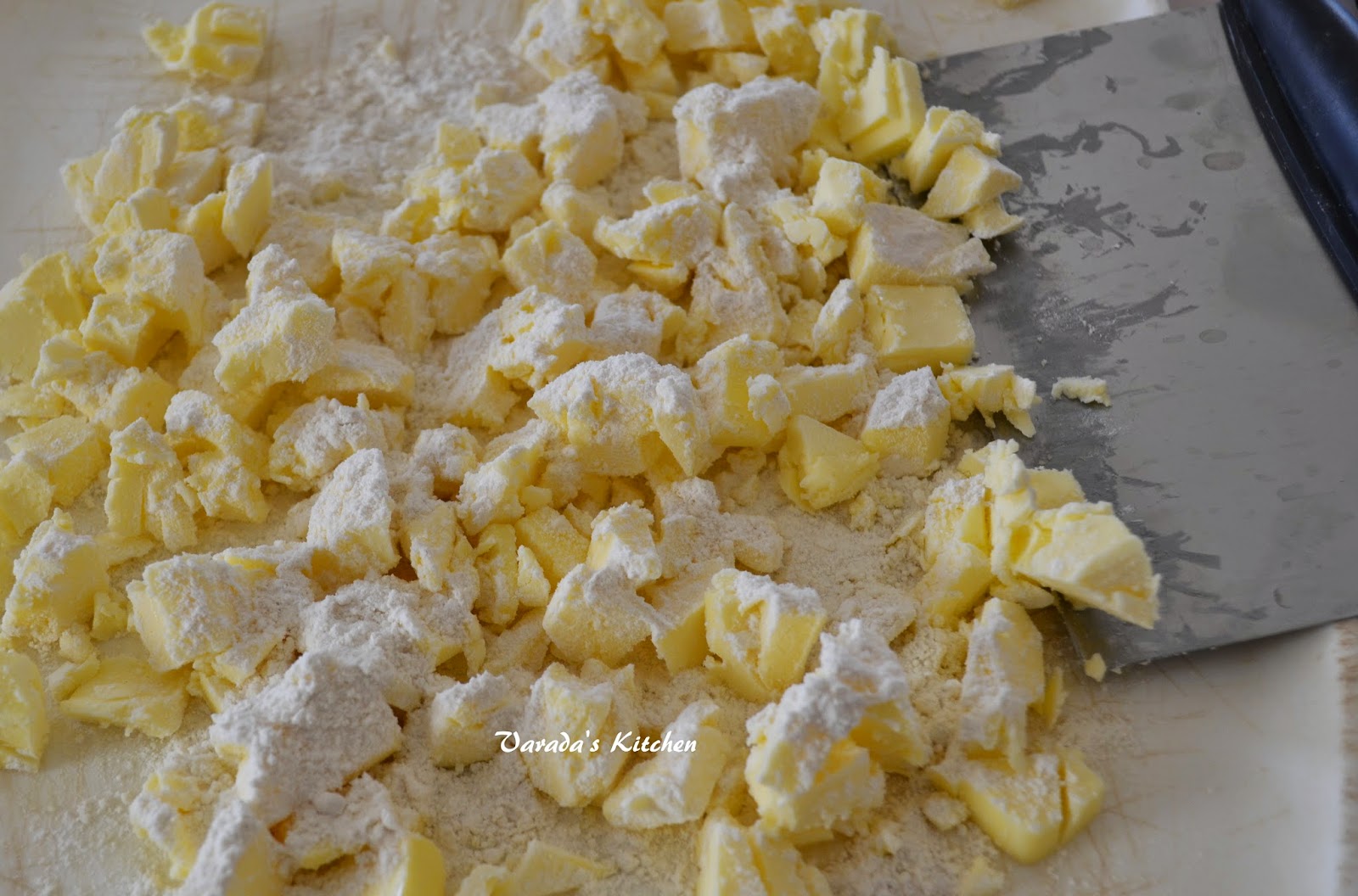 Roll the dough on a floured working surface. 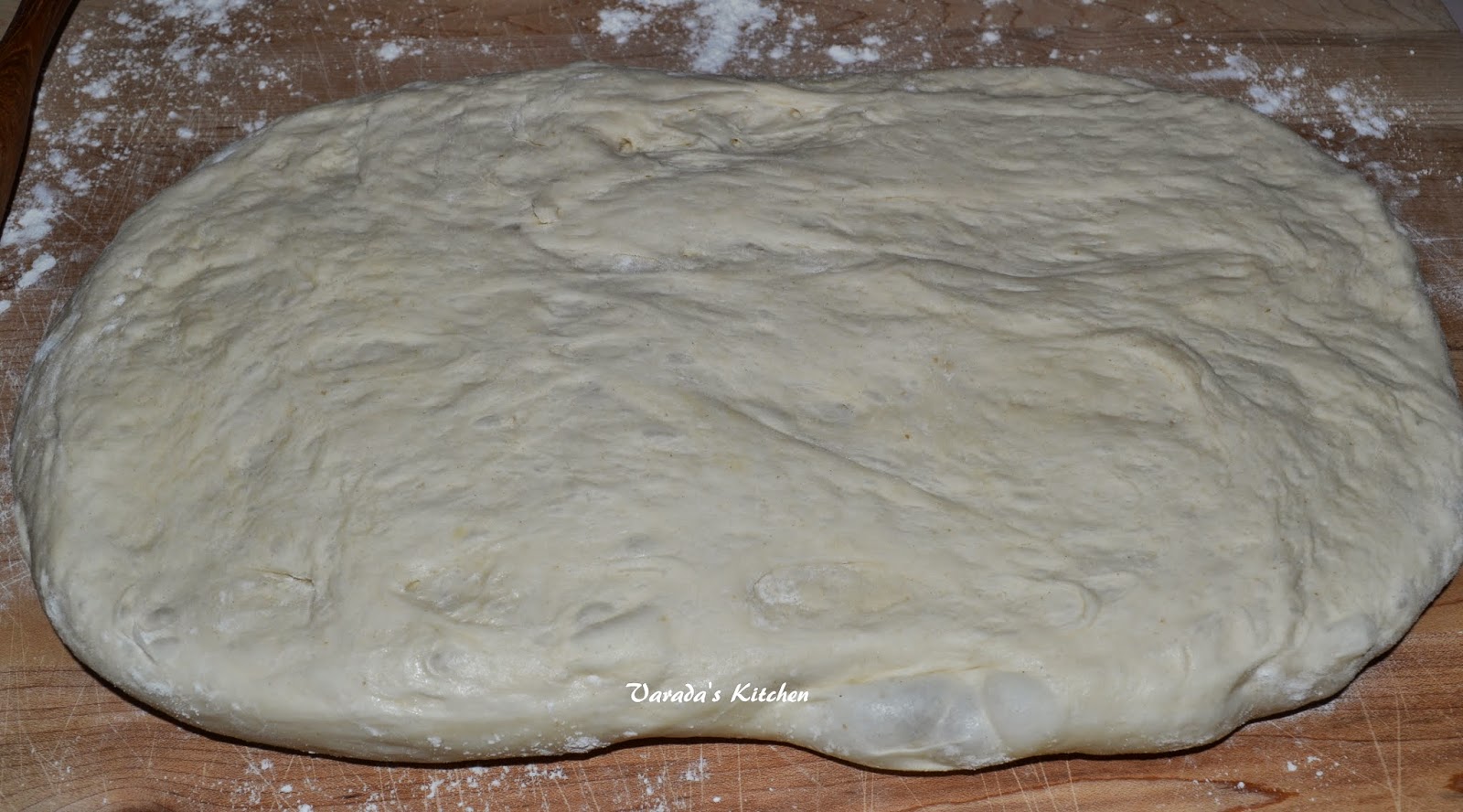 Place the chilled butter / flour slab over the dough.

Fold the dough over the butter on both sides. 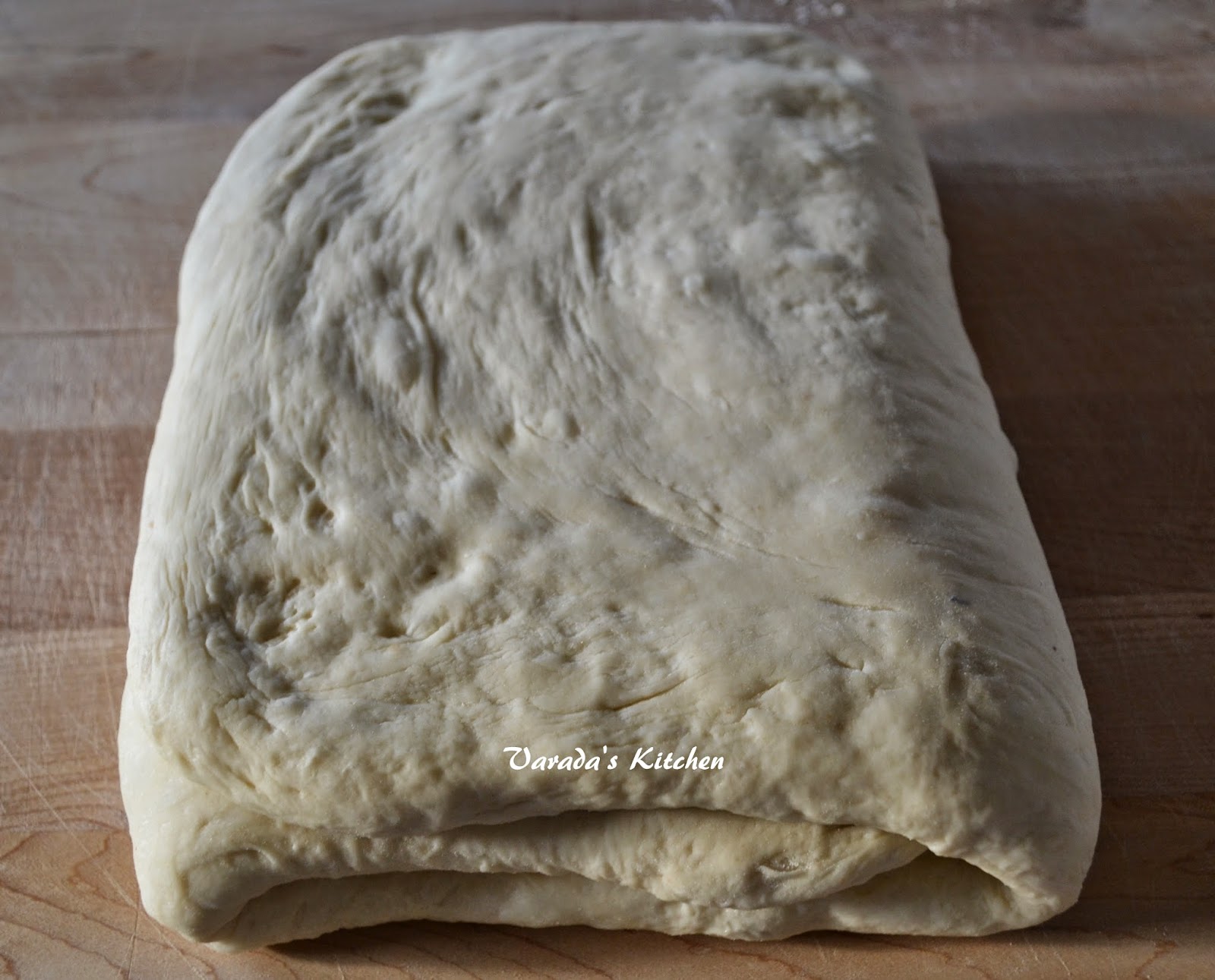 You will have a long rectangle.

Roll it out into a long rectangle in the opposite direction as the folds.

Fold one side over the top.

Then fold the other side. Place it on a parchment paper in a baking sheet and refrigerate for an hour. 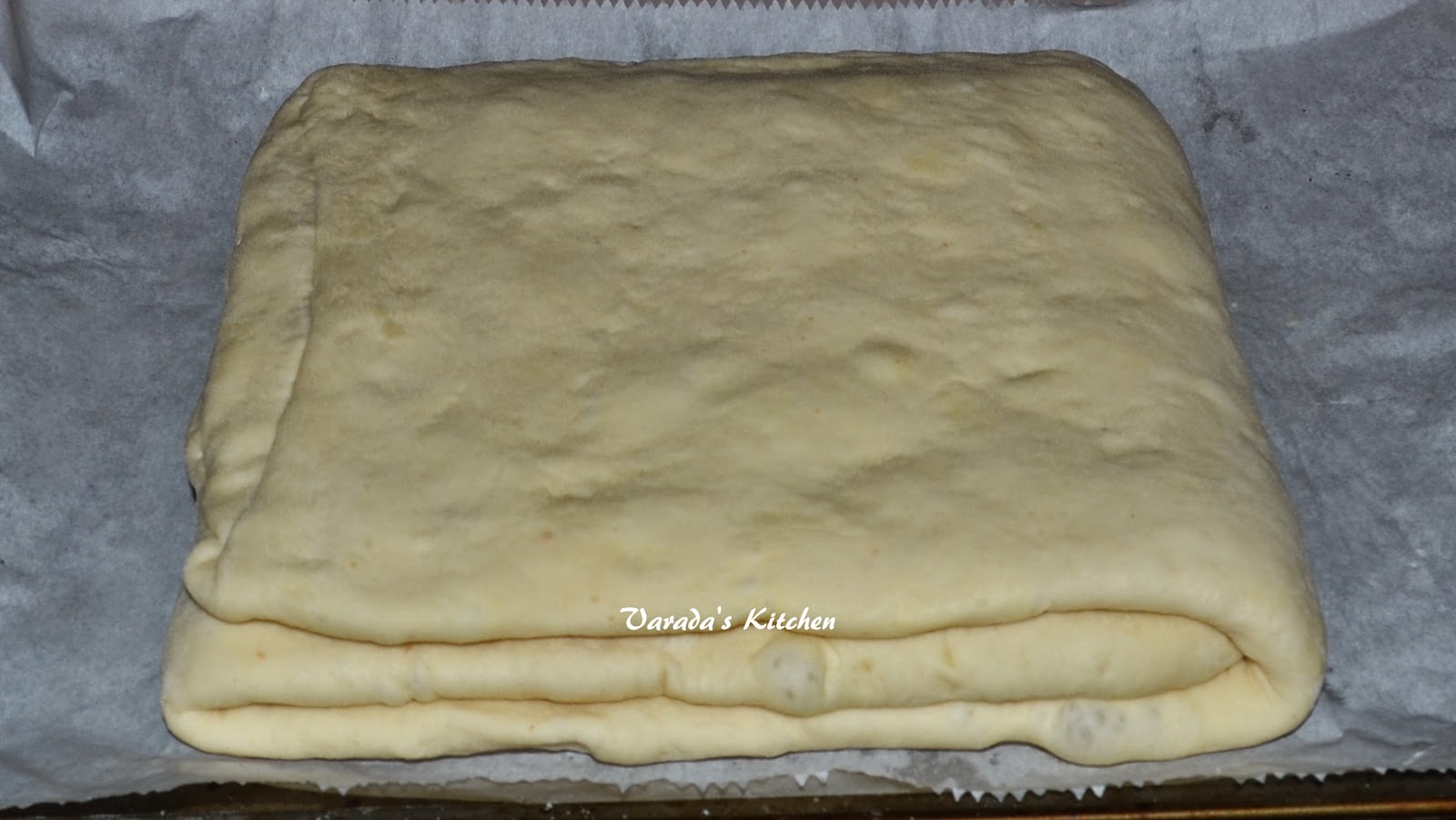 Take it out of the refrigerator and roll it out into a rectangle in a floured work surface.

Fold one side over the top. 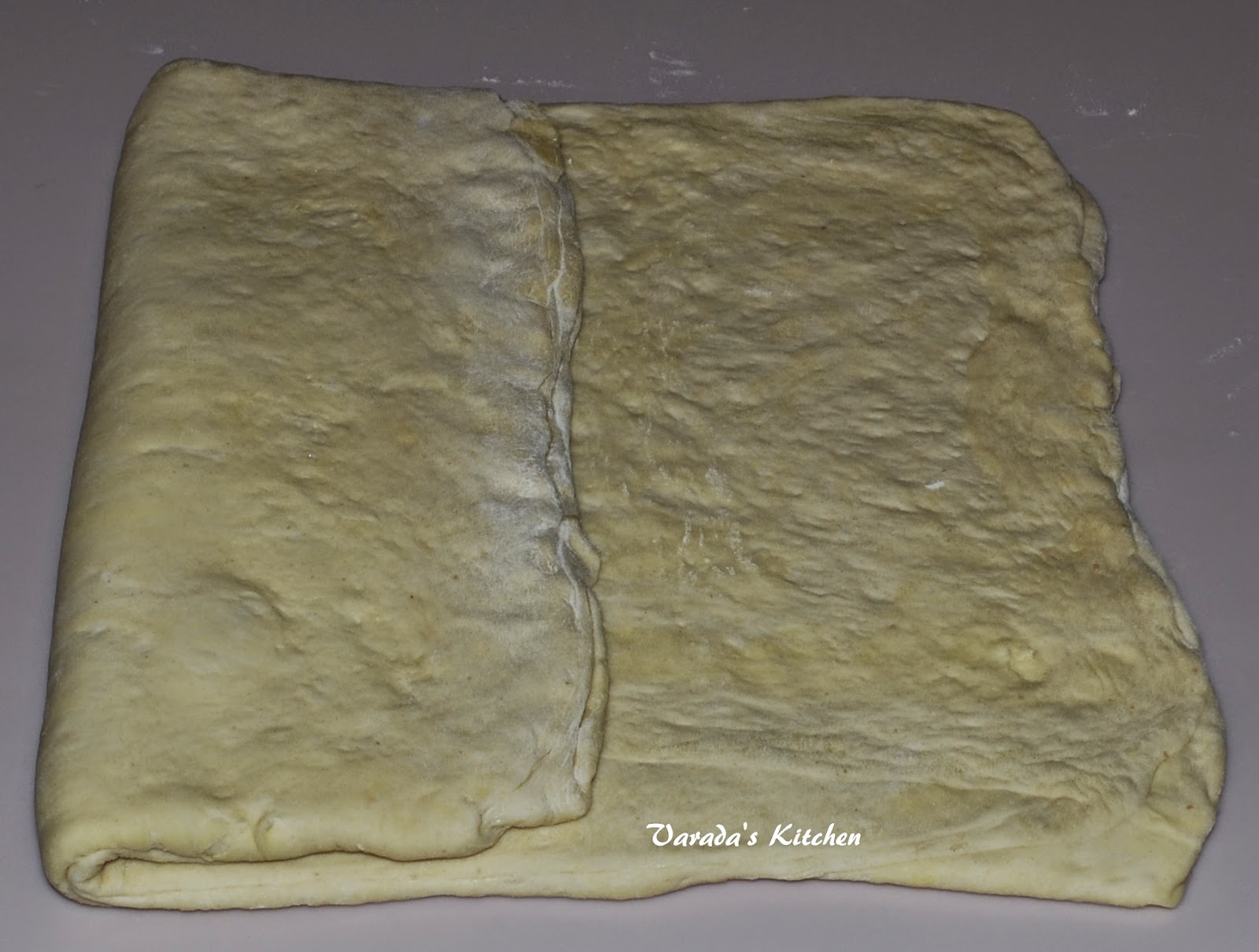 Fold the other side.

Transfer the dough to a floured working surface.

Roll it out thin to about a half inch. Cut into triangles as shown below.

Roll up the triangles starting from the wide end. 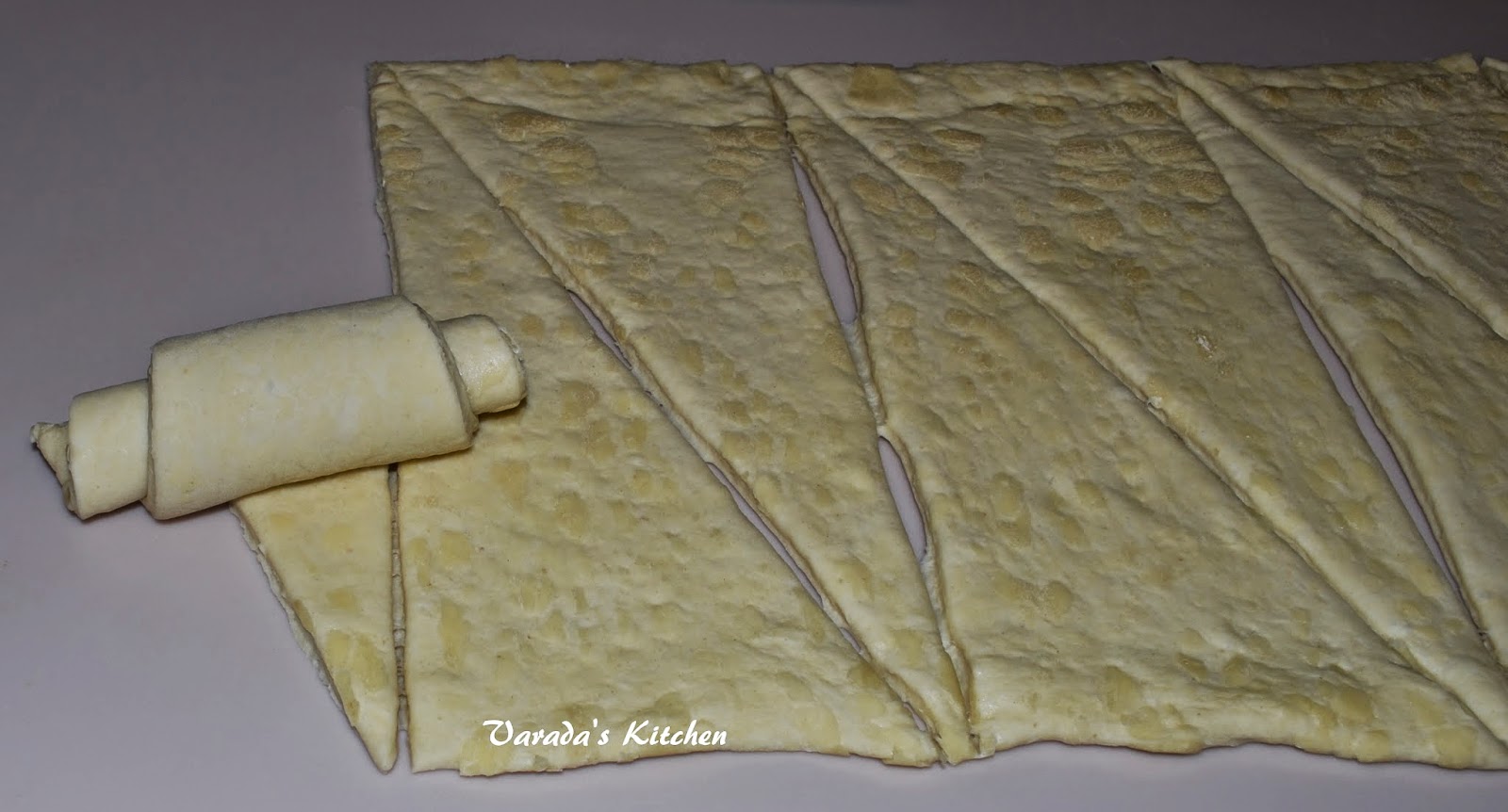 Repeat for all the triangles. 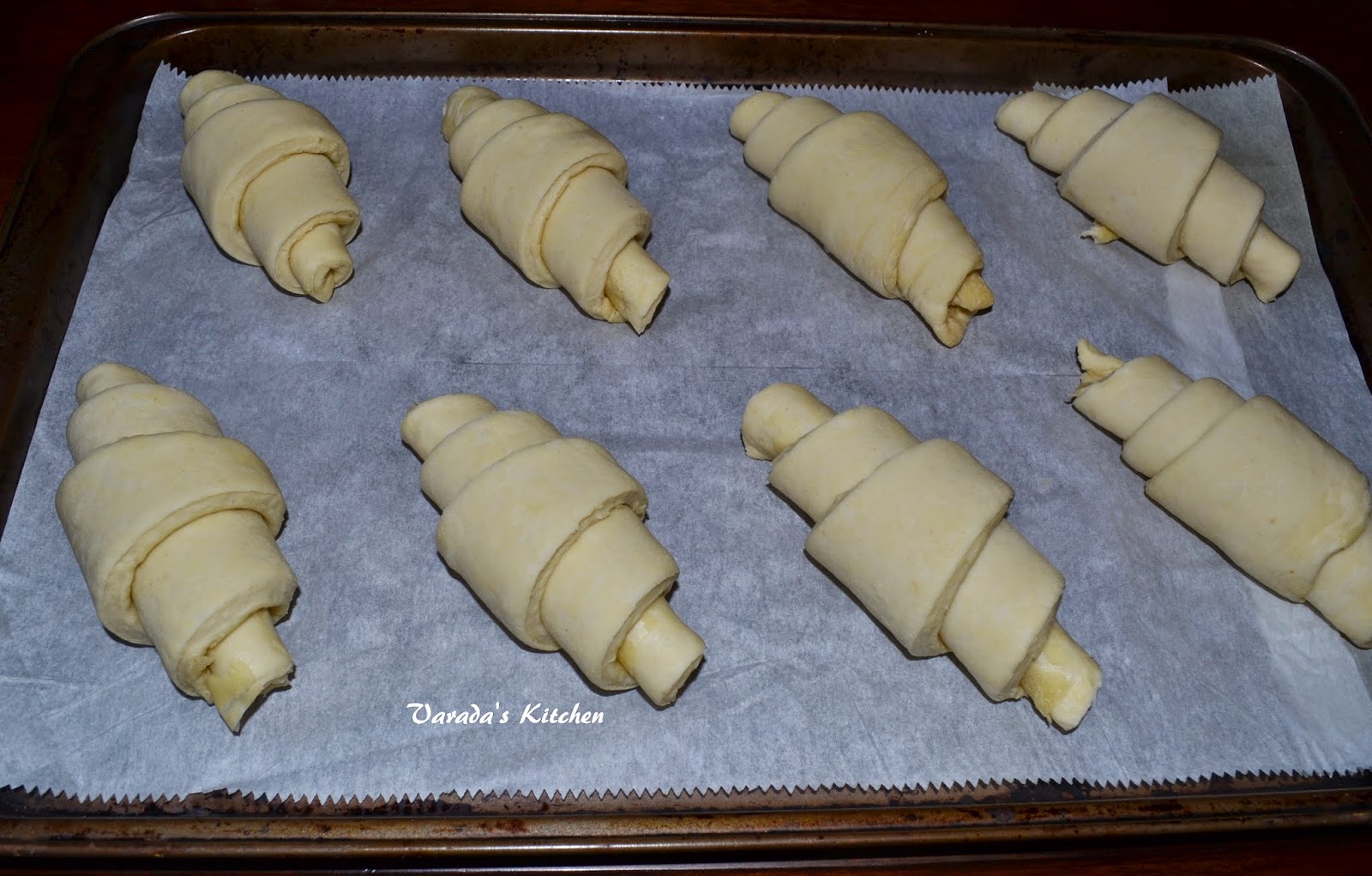 Let then rest for another two hours to almost double in size. Brush with cream and egg wash. I skipped the eggs and used just the cream. 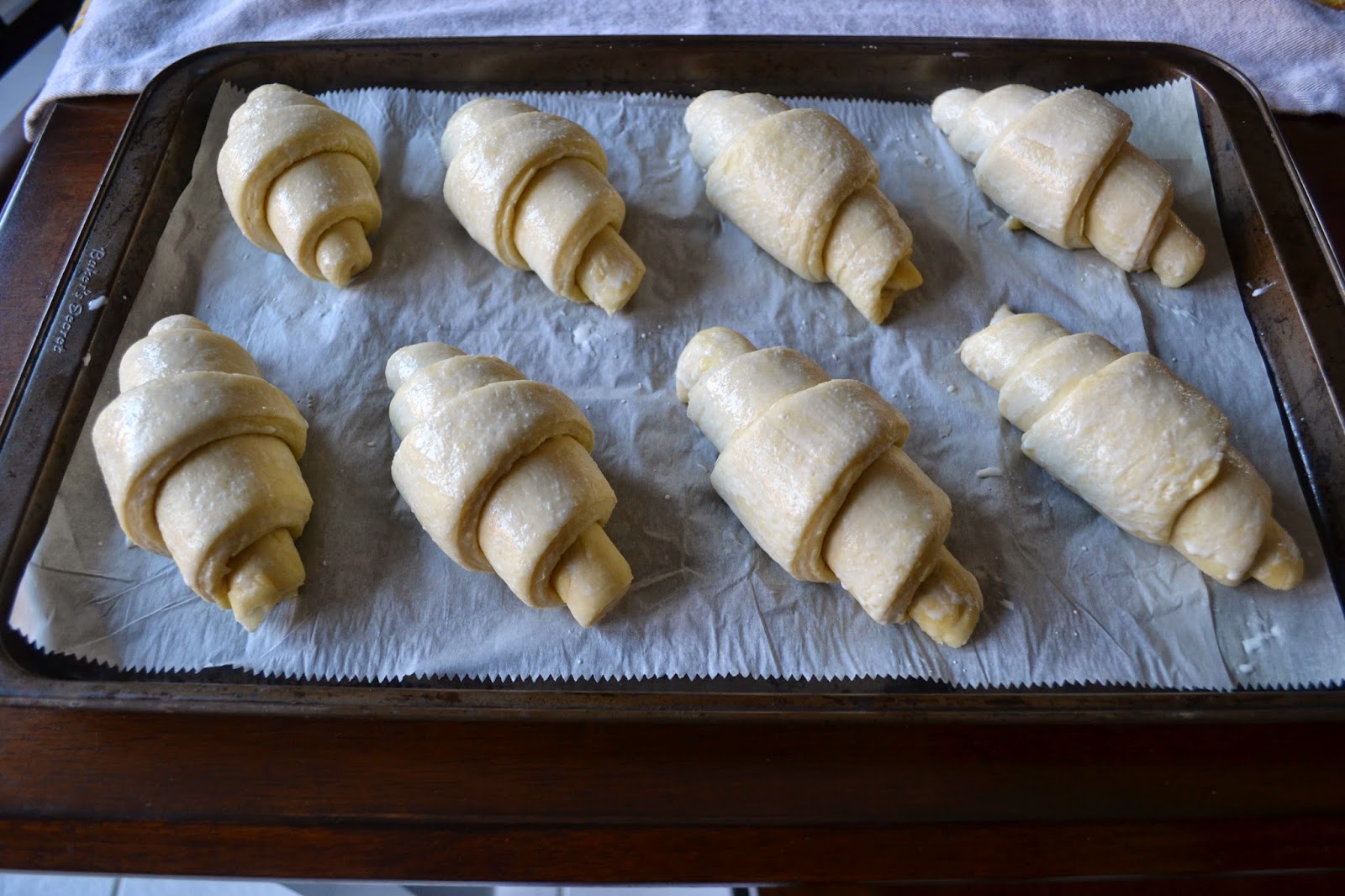 Bake in a 425 F preheated oven for about 30 minutes or until brown and flaky.