Posted by Varada's Kitchen
Brie en Croute is a popular appetizer served with either crackers or fruit. A slab of brie is baked inside pastry dough sometimes with fruit. The melted brie in the pastry shell is then served on a heated platter. This a mini version of the popular appetizer. The little balls of pastry have a filling made of a chunk of brie along with some apricot preserve. The pastry is baked with the filling inside. When served hot but not piping hot, it makes a great appetizer. The brie is molten and the fruit preserve adds a mild sweet flavor. The outer shell remains crunchy but is not hard. 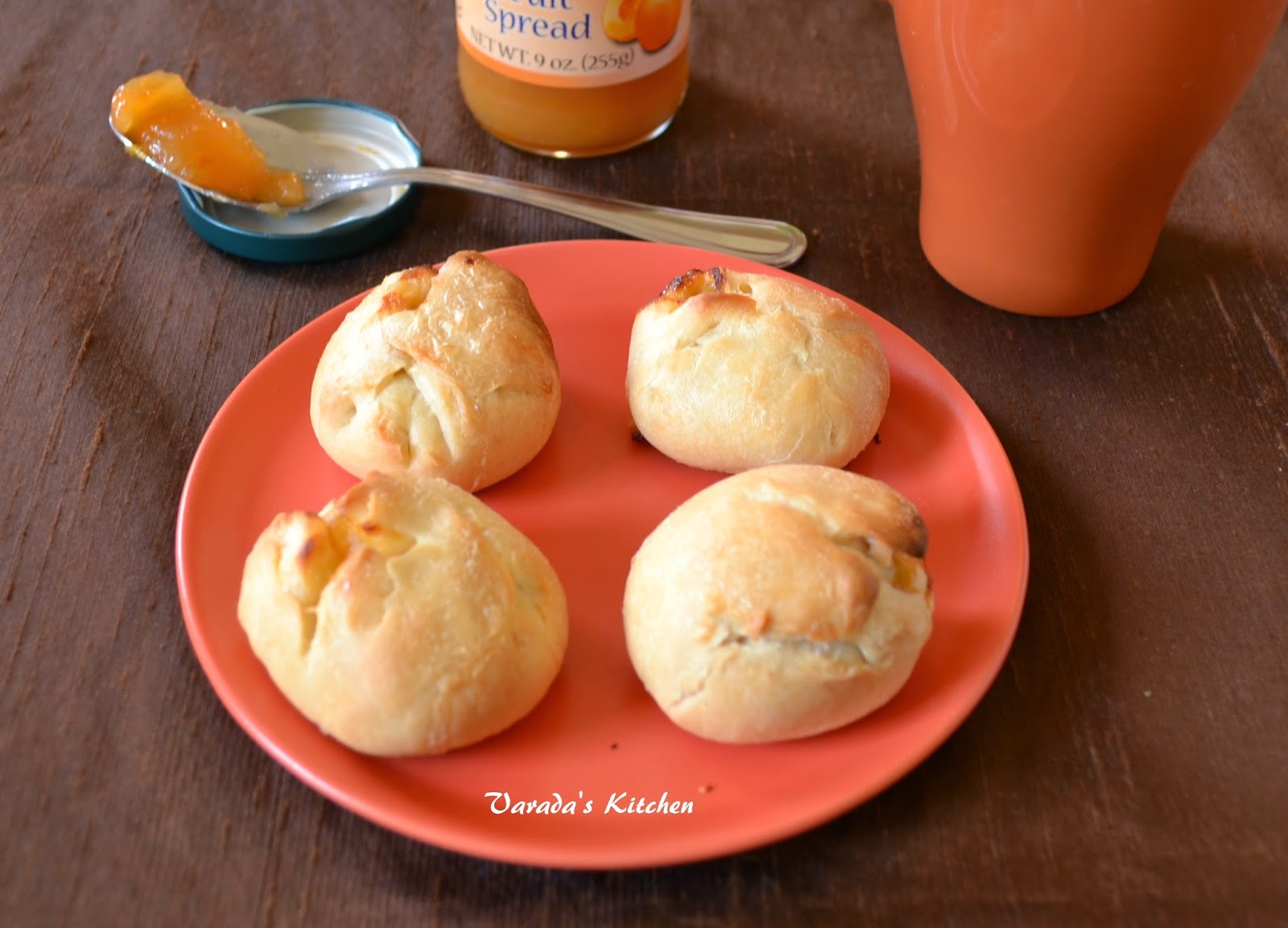 I brought fresh French made Brie from Whole Foods just for this recipe. Imported Brie can be expensive but Whole Foods will willingly cut you a sliver the size you want. I got just enough for this recipe and to use as a snack with fresh sourdough bread. I made my own pastry dough. I have my own shortcut method for when I want a soft but not necessarily very flaky dough. It is called go easy on the butter.

Brie is a soft cheese that melts completely when heated. It is covered with a rind made of mold that I usually throw away. However, for this recipe it is better to keep the rind on the bottom to give it some added support and keep the cheese from oozing out of the pastry shell.

Whipping cream for brushing the top

In a mixing bowl combine the the butter, flour, salt and yeast. Rub the butter into the flour until it is soft. Add the water and combine to forma  really soft dough. Knead until the dough is smooth and elastic. Cover and keep aside for an hour or two.

Preheat the oven to 425 F. Divide the dough into four portions. Roll out the portions to small thick disc. 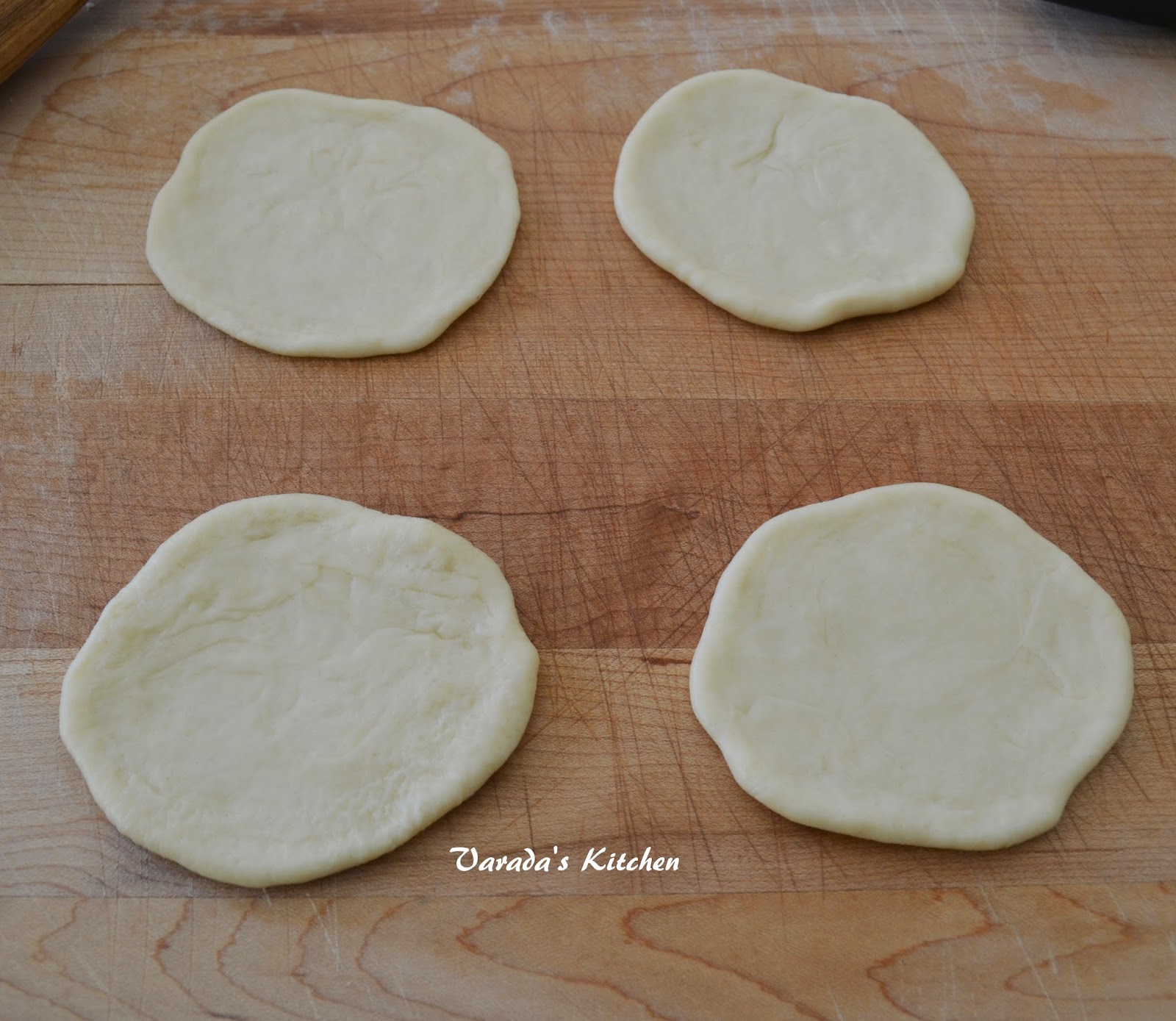 Place a chunk of brie with a 1/2 tsp of fruit preserve over the top. 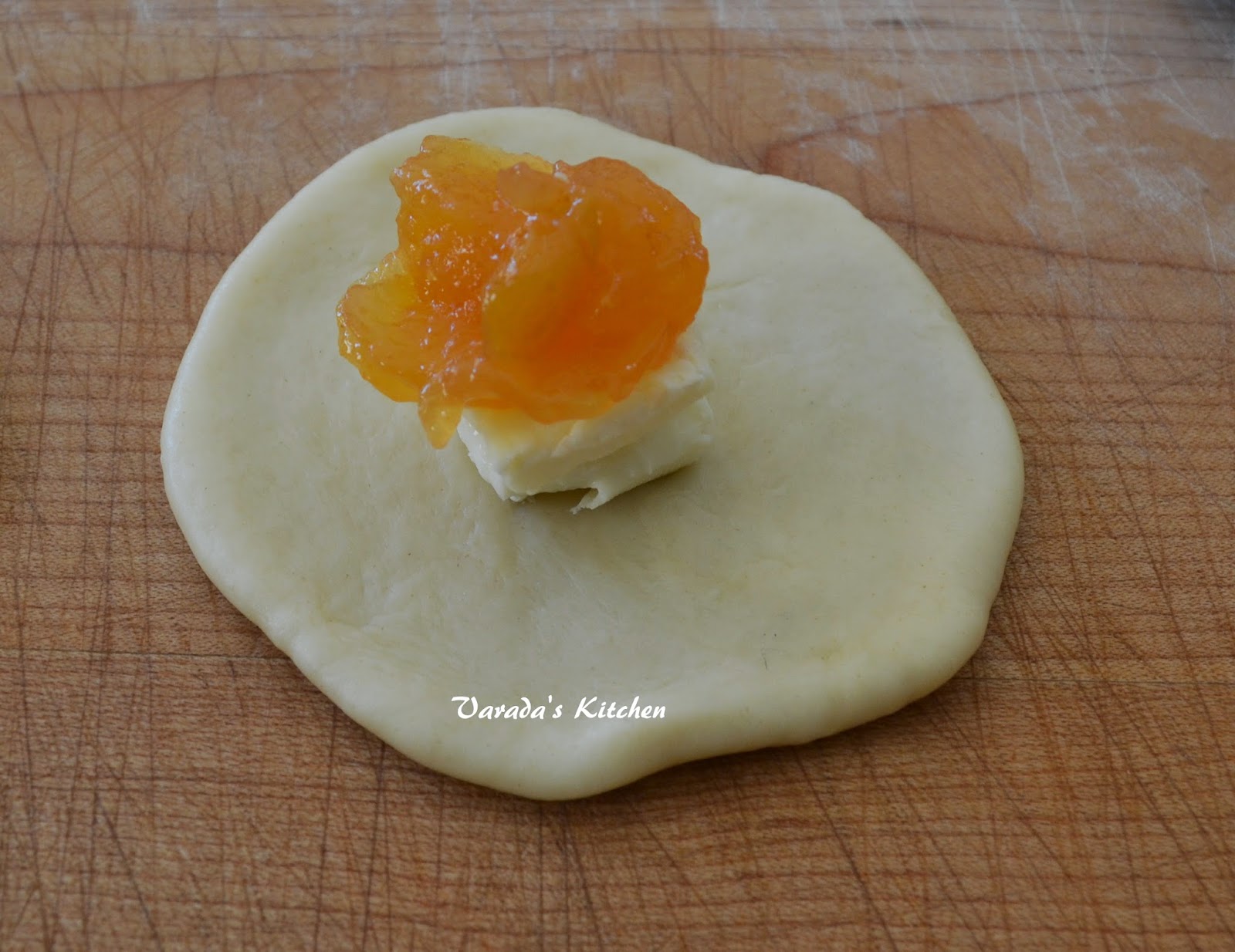 Fold the pastry shell around the brie and seal it closed. Repeat for the other portions. Keep aside for 15 minutes. 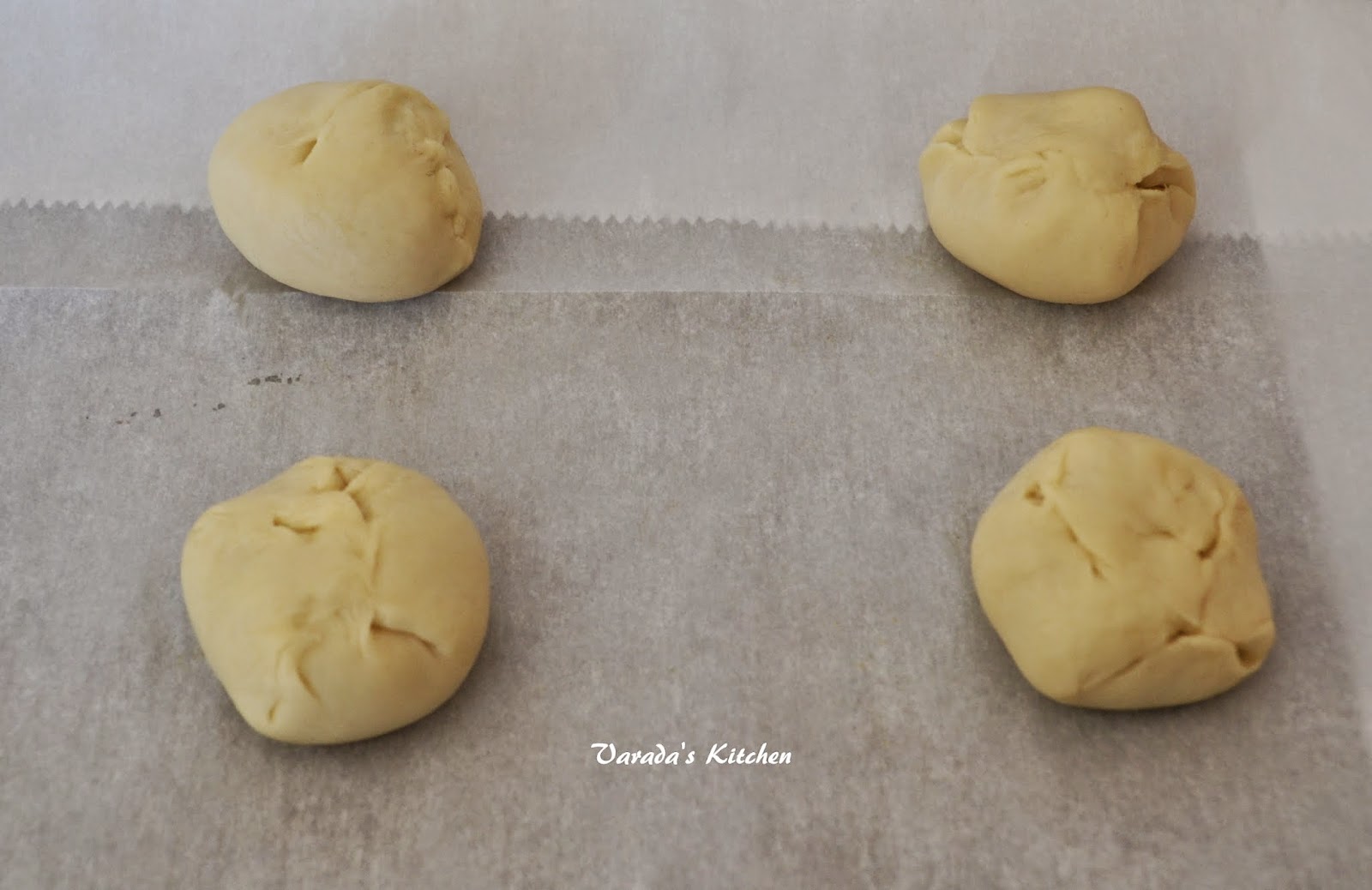