Small single serve crusty rolls go very well with soup. I have always admired the basket of artisan crusty loaves that accompanies dinner in nice restaurants. The crust is crunchy but wafer thin and the crumb is open, soft and chewy. The rolls add substance to the soup and make it a filling meal. This is my simple attempt at recreating that beauty. 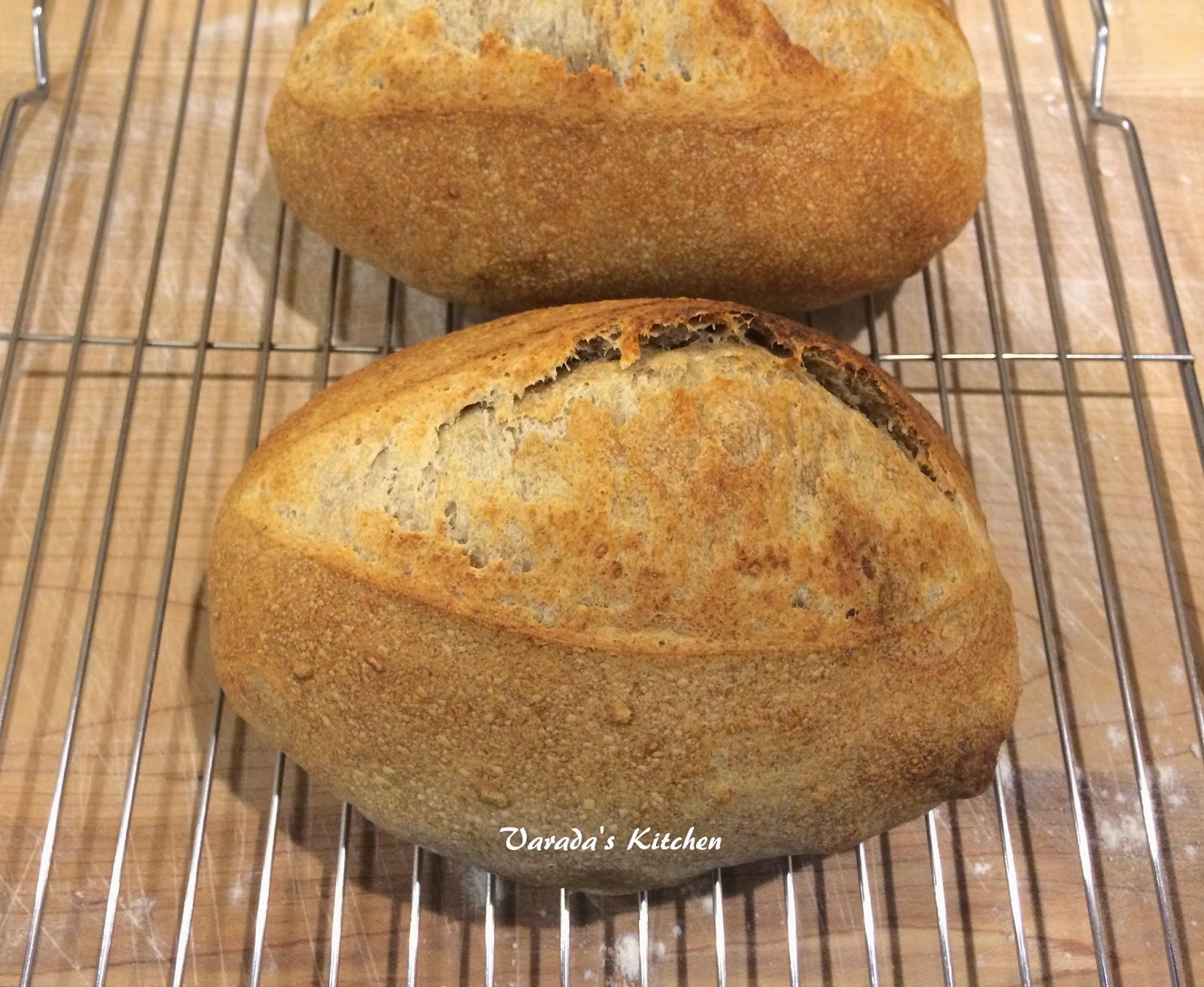 With these loaves for the very first time I managed to get a ear. For the uninitiated, the ability to make the bread rise through the score line is good but to have the score line open up is something else altogether. It is success at scoring and takes a lot of practice. In my case it was pure accident but I was over the moon. If I can replicate this success then I will say I have mastered the technique. Until then I will be happy that I did it once. Maybe I am crazy, but then life is all about simple pleasures, right? 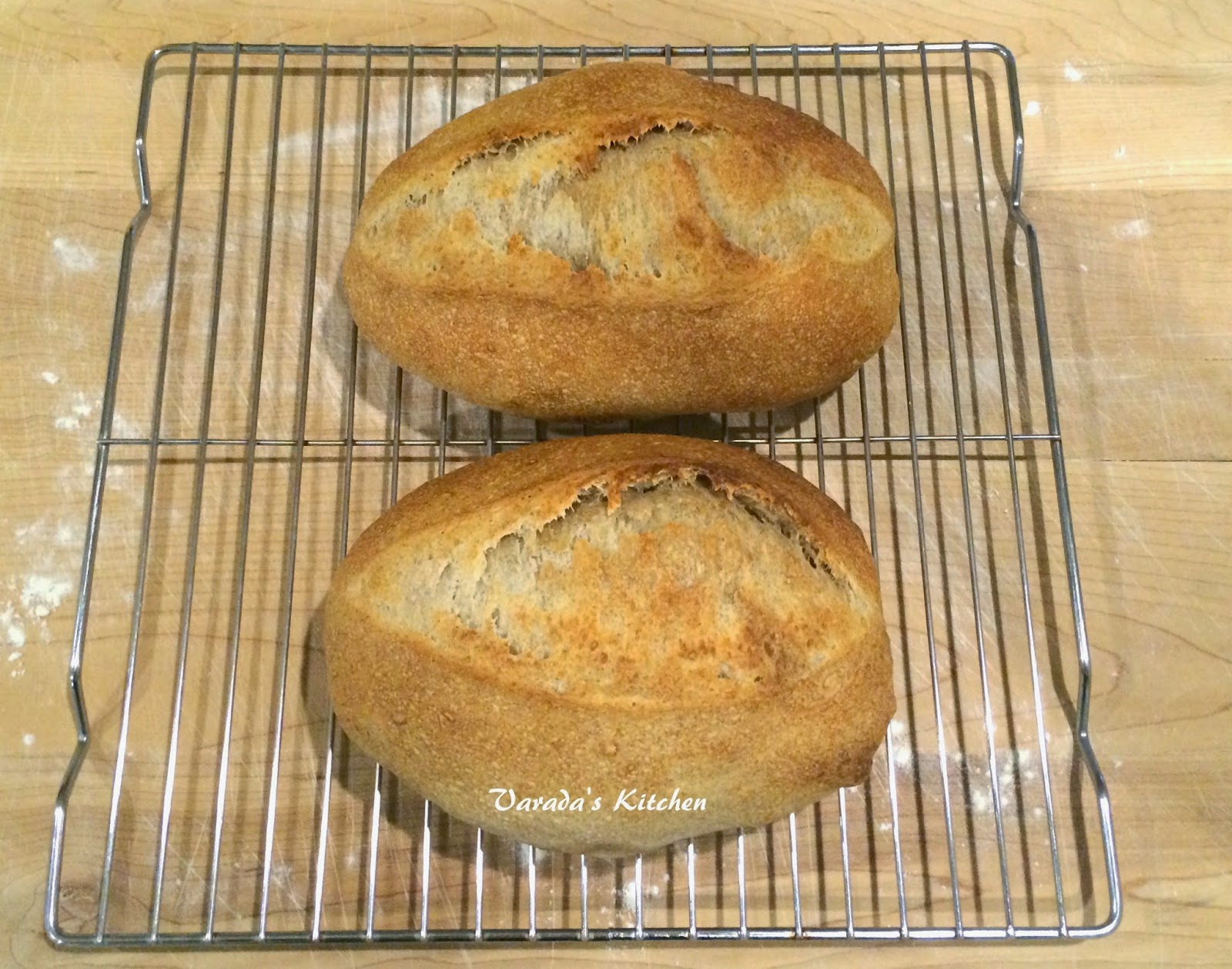 We really liked the flavor of the batard after I accidentally bulk fermented it for a really long time. This time I deliberately increased the bulk fermentation time from 6 hours to 12. I then shaped the rolls, put them on a baking sheet, covered it with a tea towel and put it in the refrigerator to keep overnight. Three days later I had still not baked the rolls. Weekdays are just so busy. By the time the weekend rolled around again the bread had been in the refrigerator for five days. I took it out wondering if I would have to throw it away. That was when I noticed it had started to bubble along the bottom. Very reluctantly I smelled the dough. It had a very pleasing smell. All was good. I reshaped the dough and baked the rolls. And success! Not sure how I am going to replicate that. But I think I had been under proofing the dough all along. At the very least I will increase the fermentation time or leave the dough at room temperature a little longer before putting it in the refrigerator.

Transfer the dough to a floured work surface. Divide the dough into two. Work with one portion of dough. Fold the dough in from all sides and form a ball. Roll it on the work surface and keep it on a baking sheet covered with parchment paper. Repeat with the other portion. Cover the rolls and put them in the refrigerator overnight.

The next morning preheat the oven to 450 F. Put a baking sheet in the oven to heat it. Just before you are ready to bake score the top of each roll end to end along the length. Place the rolls on the hot sheet and bake for 15 minutes. Lower the temperature to 400 F and bake another 15 minutes.