By Varada's Kitchen
Tomato Panzanella is one of the most flavorful salad you will have. I made it using a day old loaf of ciabatta. I baked the ciabatta for this salad the night before I needed it so I would have a day old loaf. Ciabatta is very high hydration bread and it is one of the lightest loaves I have ever baked. It was perfect for this salad. If you do not wish to bake the ciabatta, though I would highly recommend you do, you can use a store bought loaf. 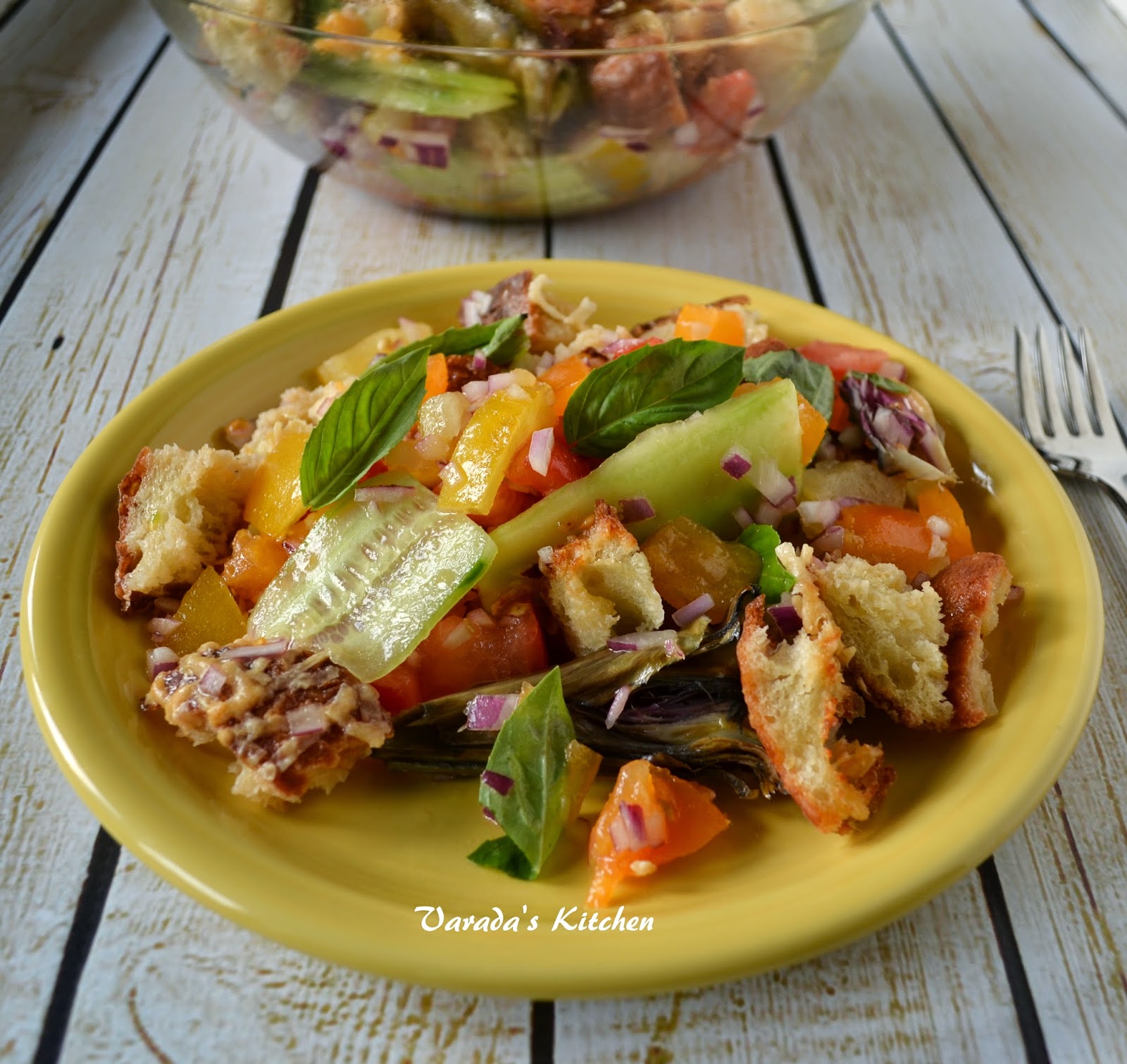 The day I made this salad my daughter was out for the evening at a friend's house for a project. I made the salad, clicked the pictures and handed the plate in the picture to my husband. He has taken a liking to salads lately but he likes gourmet ingredients. He took one bite and was hooked. Unfortunately for my daughter I had mixed the whole batch for the pictures so by the time she got home the salad was not very crisp. If you plan to eat some of the salad later mix it up in batches. 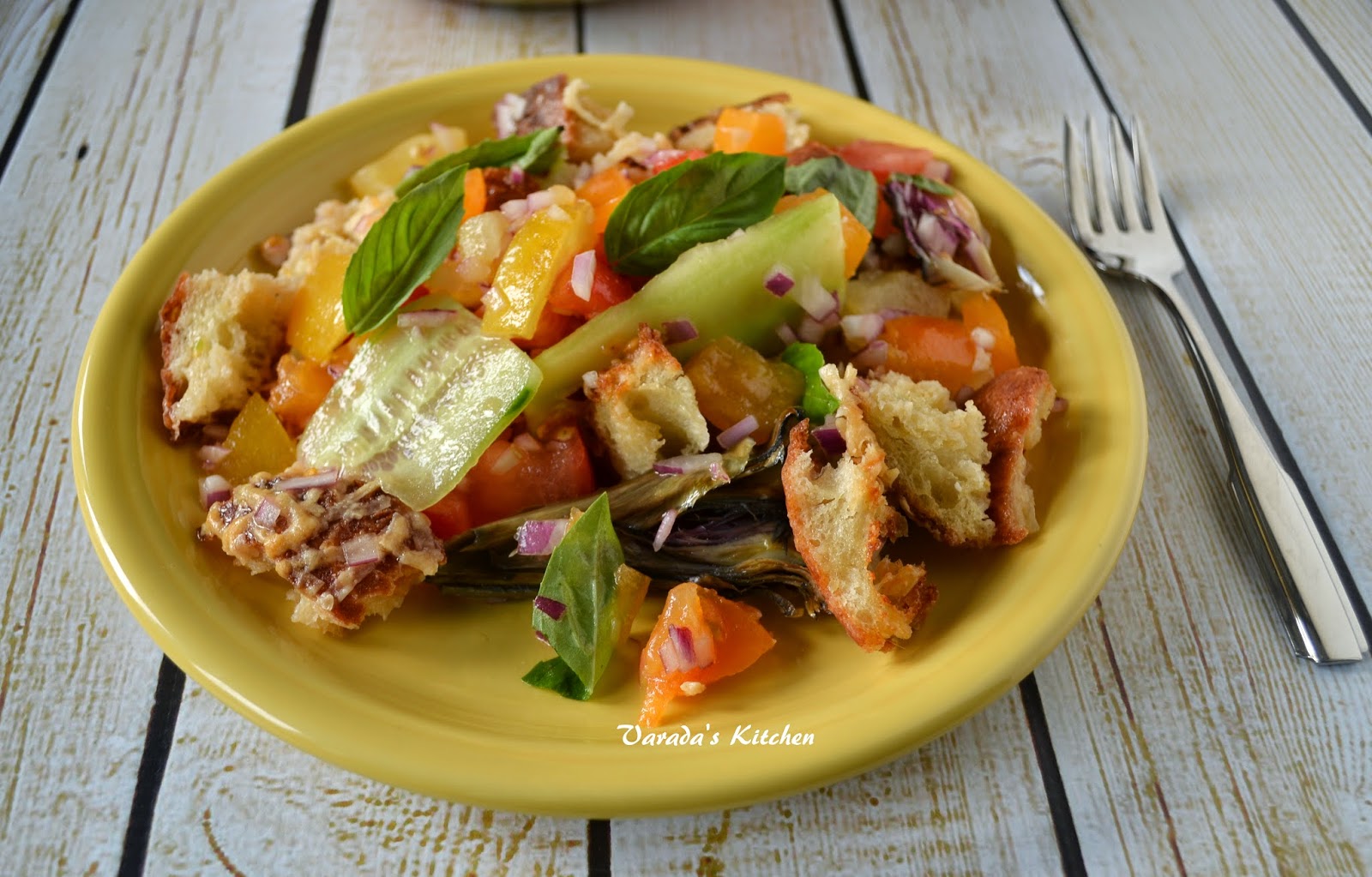 This week I am showcasing seasonal fruit and vegetables. I had to plan a post with my favorite summer fruit, heirloom tomatoes. The flavor of these fresh tomatoes in combination with the ciabatta is the base for this salad. I used fresh artichoke for the first time but did not cook it right. Fortunately the artichoke did not alter the taste of the salad, but it was inedible and had to be removed. I clicked pictures before I realized the artichoke was not cooked right so it shows up in the pictures. I will figure out what I did wrong and use them again, but for now I would skip the artichoke.

Preheat oven to 400 F. Break up the bread into 1 inch pieces and place in an oven safe dish (I used cast iron). Toast in the oven for about 15 minutes or until the bread is browned, heated through and toasty. 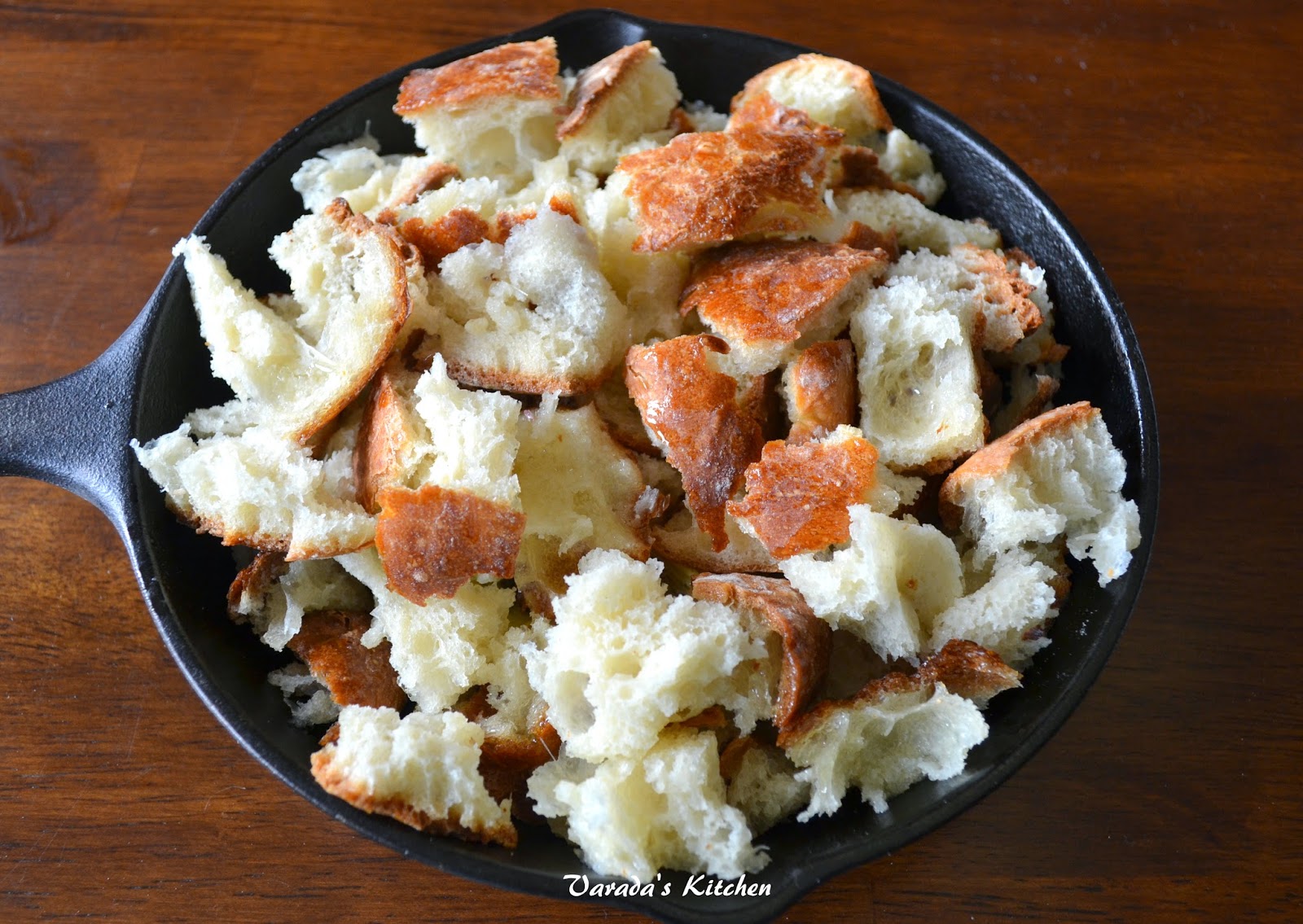 Meanwhile cut the tomatoes into two and collect all the juice and seeds in a mixing bowl. To the seeds add the remaining ingredients except the basil and cucumber. Let the dressing sit aside. Cut the cucumber into thin strips, Dice the tomatoes into long strips and tear the basil. When the bread is done combine everything in a mixing bowl. Let it sit for a couple minutes, not more, and serve.