A long time ago I bookmarked the recipe for cinnamon rolls. Instead I tried this beautiful bread. Last week I finally decided to make the cinnamon rolls. I am very happy with the proportion of sugar in this recipe and will be making this one again. 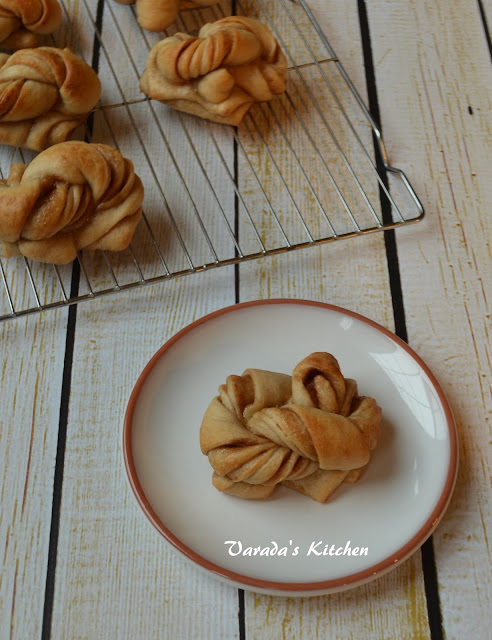 My original plan was to make the cinnamon rolls. Then I saw this video and really liked what she did there. So I made knots instead of rolls. It does not change the taste just the presentation.

In a large bowl melt the butter and the milk. Sift in the flour and salt. Add the yeast, sugar and the cardamom powder. Mix into a soft sticky dough. Work the dough kneading it until it is soft and elastic. Cover and keep aside until it doubles in volume, about an hour.

In the meantime, in a bowl soften the butter for the filling. In a separate bowl mix the sugar and cinnamon powder. Prepare a baking sheet and cover with parchment paper. Keep aside. When the dough has risen, transfer it on a floured flat surface. Light flour the rolling pin and roll out the dough to a large long rectangle. 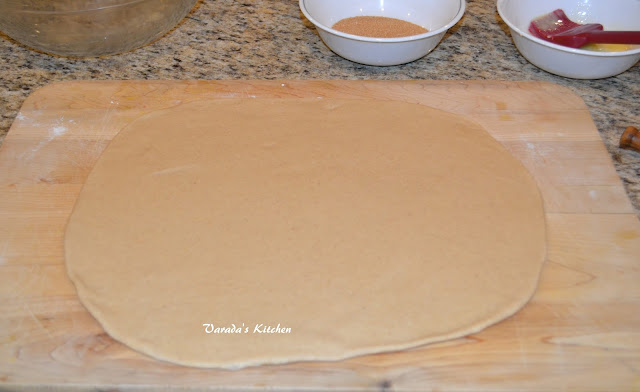 Brush the dough with the butter. Sprinkle the sugar and cinnamon powder mixture over the top. 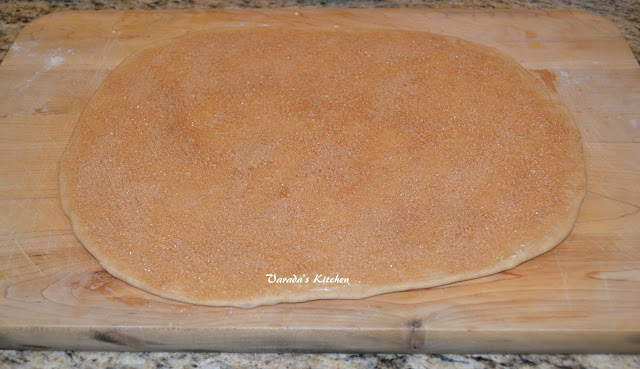 Fold the rectangle along the long side in thirds. Fold the other side over the first. Press down a little, roll with a pin if needed.

Cut 2 - 2 1/2 inch portions along the length of the dough. I got six portions. Next cut a slit half way up in each of the portions as in the picture.

Work with one portion at a time. Gently tug the two legs of the dough while holding to the top. Start twisting them in opposite directions. 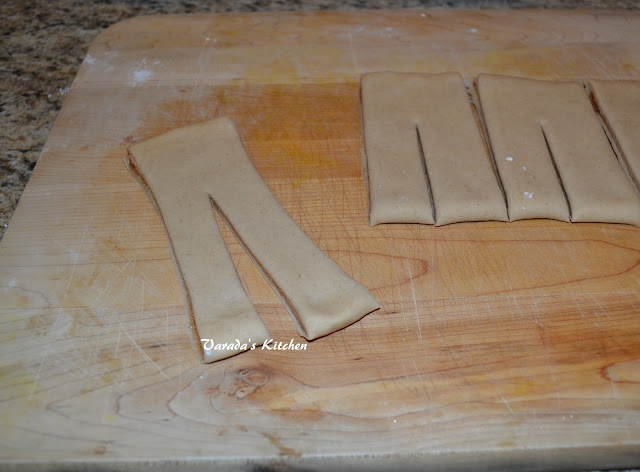 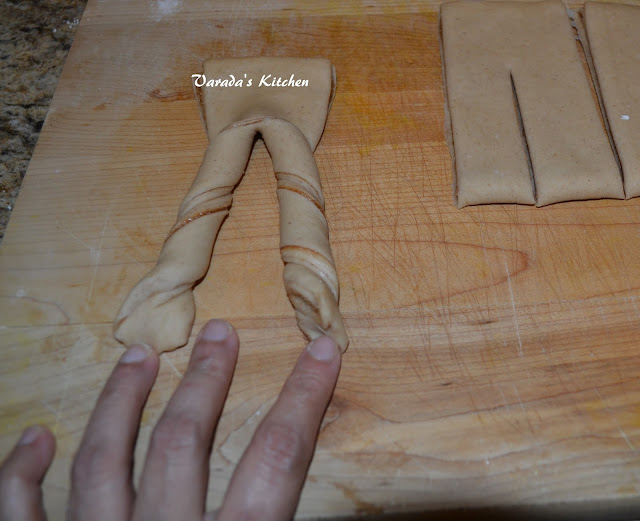 When you can twist no more fold them up to the top and tie them in a knot. Place the knot over the base. Move the bun to the baking sheet and repeat with the other five portions. 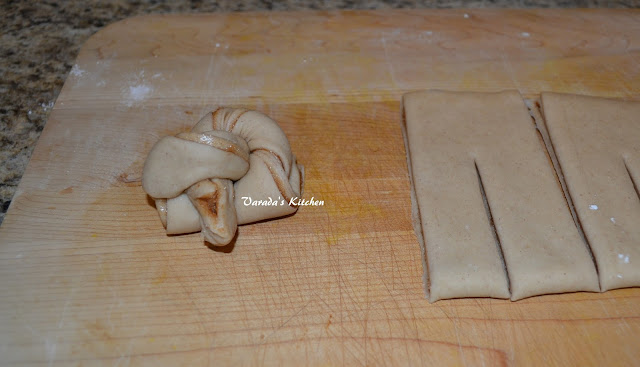 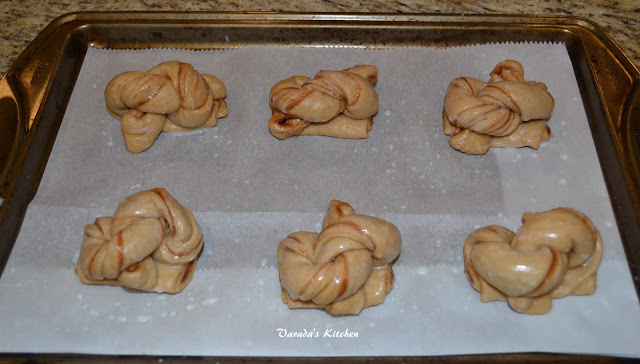 Cover with a tea towel and allow the buns to rise again for another 30 minutes. Preheat oven to 450 F while the buns are rising. Brush the top with milk or egg wash. Sprinkle sugar pearls and bake in the preheated oven for 8-10 minutes. I did not have any sugar pearls so I skipped the step. 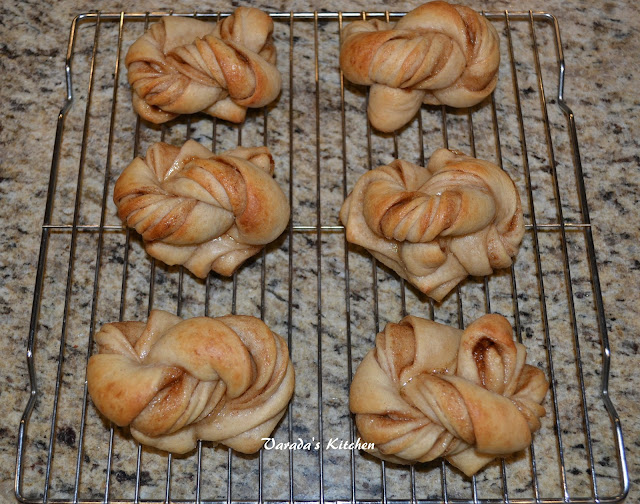