Lithi is one of the most popular Bihari dishes. Both Lithi and Chokha are cooked in the tandoor. I do not have a tandoor so I used a regular oven. The flavors of the two dishes go surprisingly well together. In fact this combo is on our school lunch rotation. 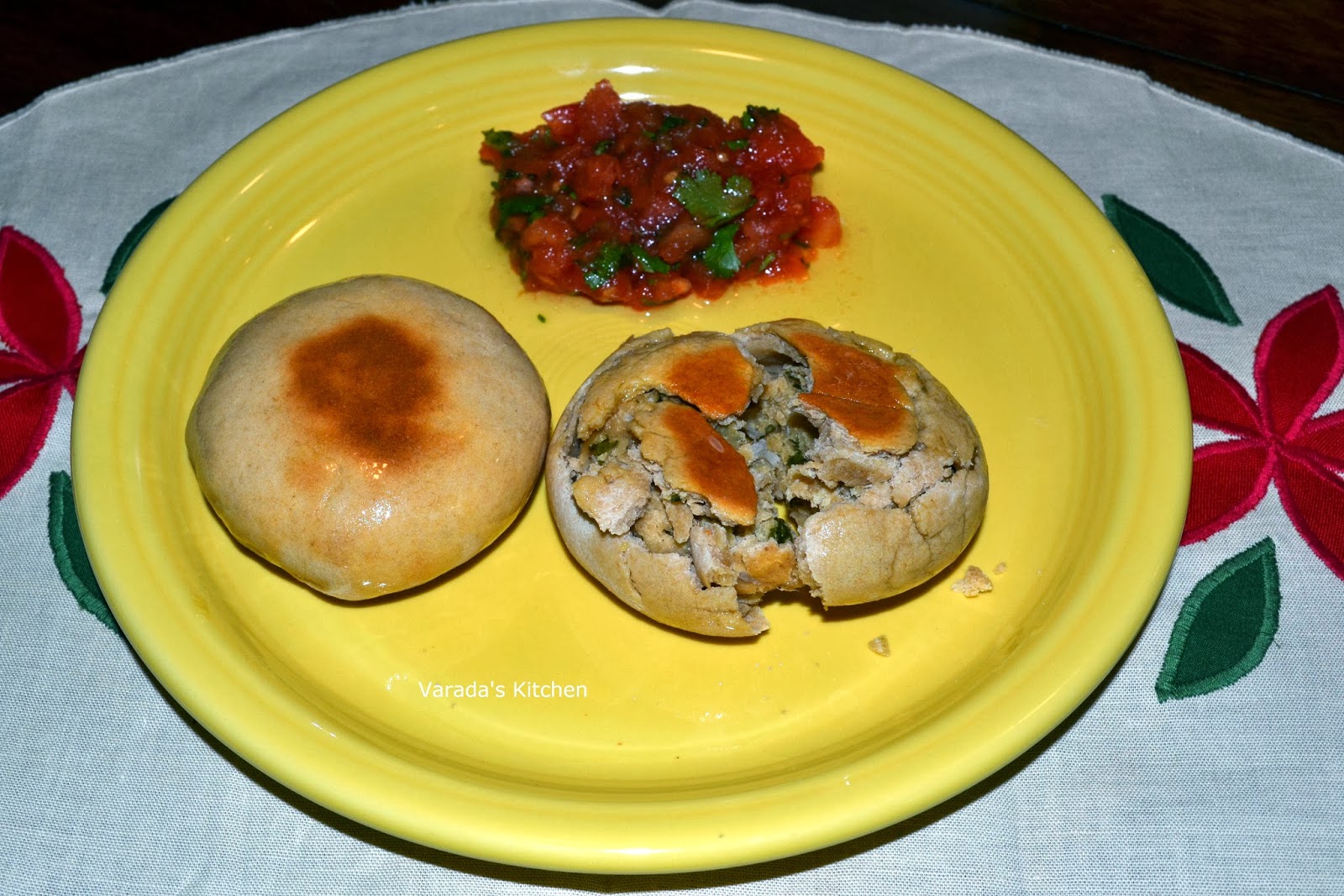 The shell of the Lithi is made of whole wheat flour and the stuffing is made of Sattu. The resultant Lithi is flavorful as well as healthy. Chokha is made with roasted vegetables, I used tomatoes. It can be made with eggplant or potatoes.

Sattu is roasted ground yellow gram dal. I found it in the Indian store but they did not have a small bag. I knew I would have a lot of flour left over and wondered what I would do with it. I did not have to worry. My husband enjoyed having sattu flour as breakfast cereal until it was all gone. His family is from Madhya Pradesh (Maharashtrians who had moved to Madhya Pradesh during the Holkar days) and that breakfast reminded him of his childhood.

First make the Lithi shell. In a mixing bowl mix all the ingredients using only one tbsp. of olive oil. Using water form a soft dough with the wheat flour. Moisten the palm of your hand with the other tbsp. of olive oil and knead for a couple minutes. Keep aside for at least half an hour.

Warm up the broiler in your oven. Slit the skin on the tomatoes lengthwise and place then on an oven proof sheet. 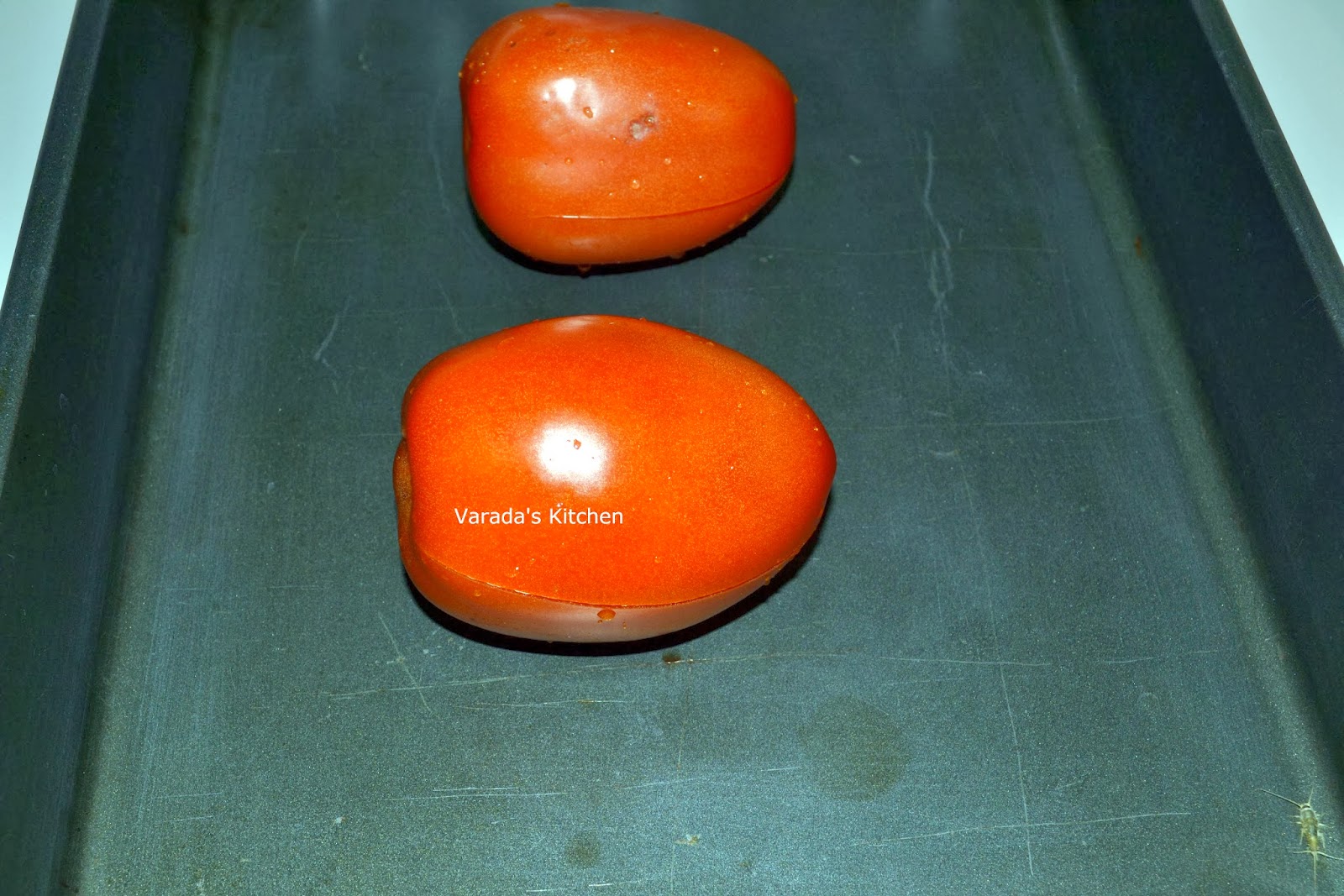 Put them under the heated broiler for about 4 minutes. Watch them so they do not burn. You do want the skin to be charred and the tomatoes to be soft. Turn them around after 4 minutes and broil them on the other side for up to 4 minutes. Remove from the oven and let them cool. 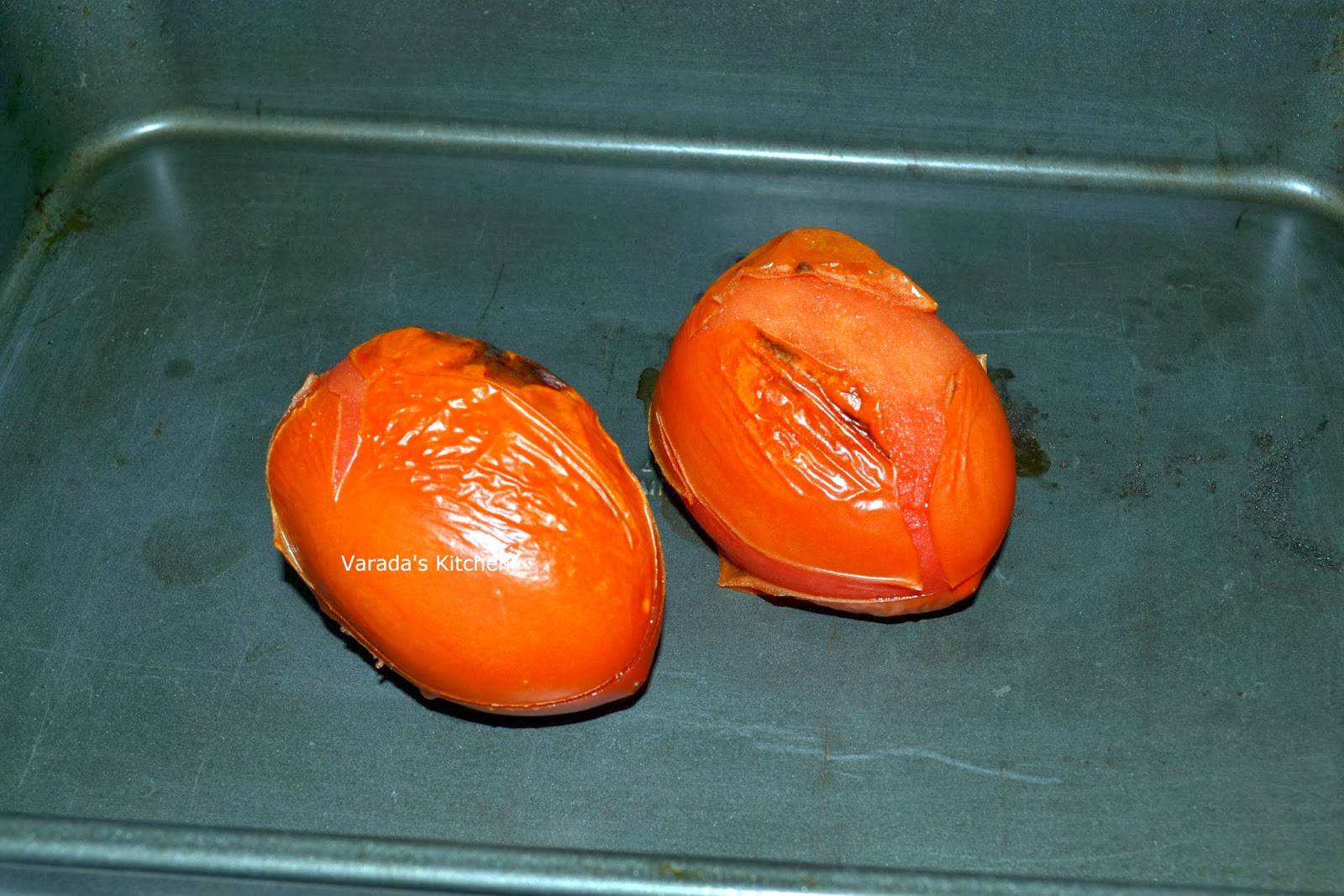 Skin the cooled tomatoes and chop them. Using a masher mash lumps if any. Add the other ingredients and mix well. Transfer to a serving dish. 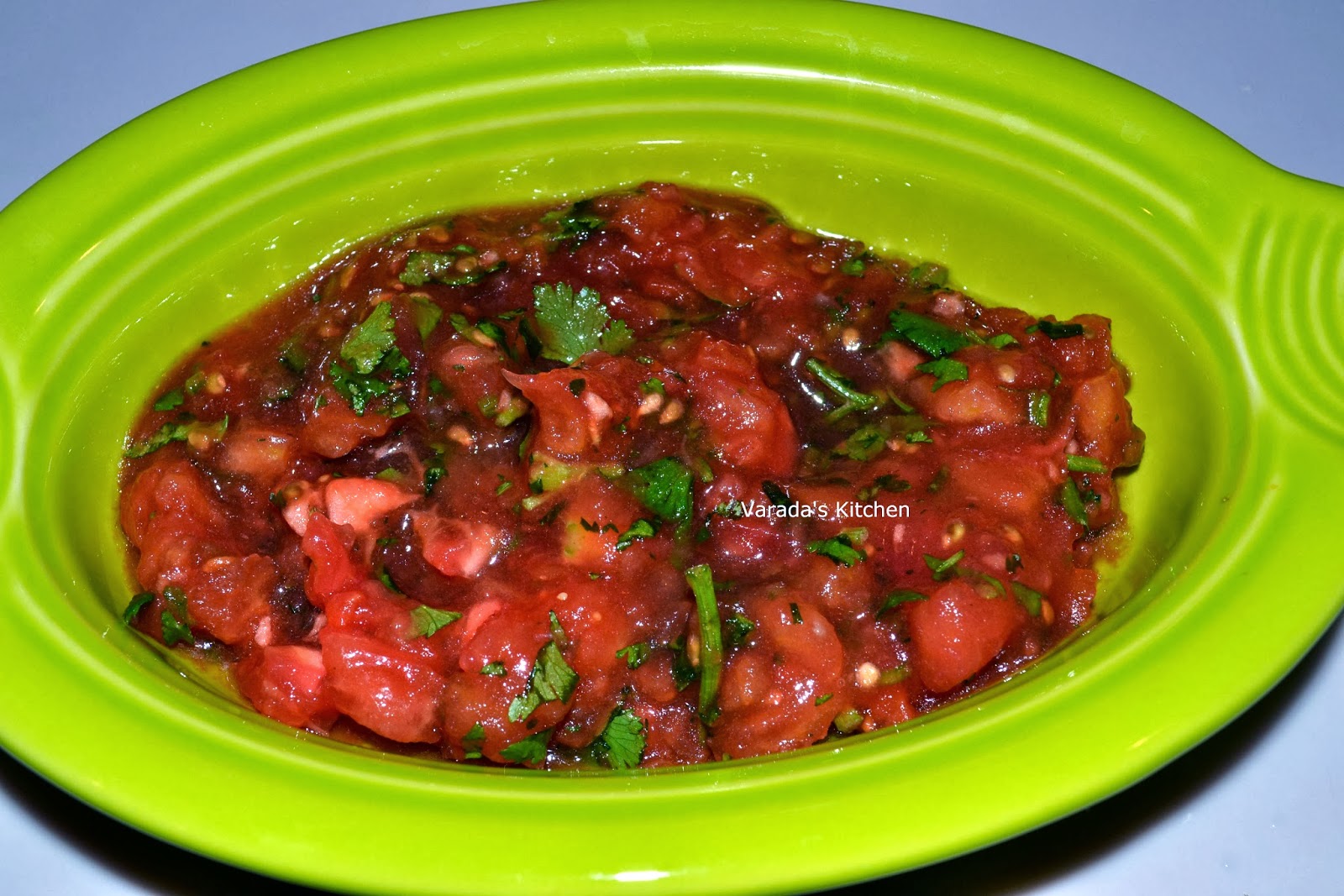 Next make the sattu filling. Mix all the ingredients in a separate mixing bowl. Using water form a soft filling. Use as little water as you can. Divide into 6 and roll each part into a ball. 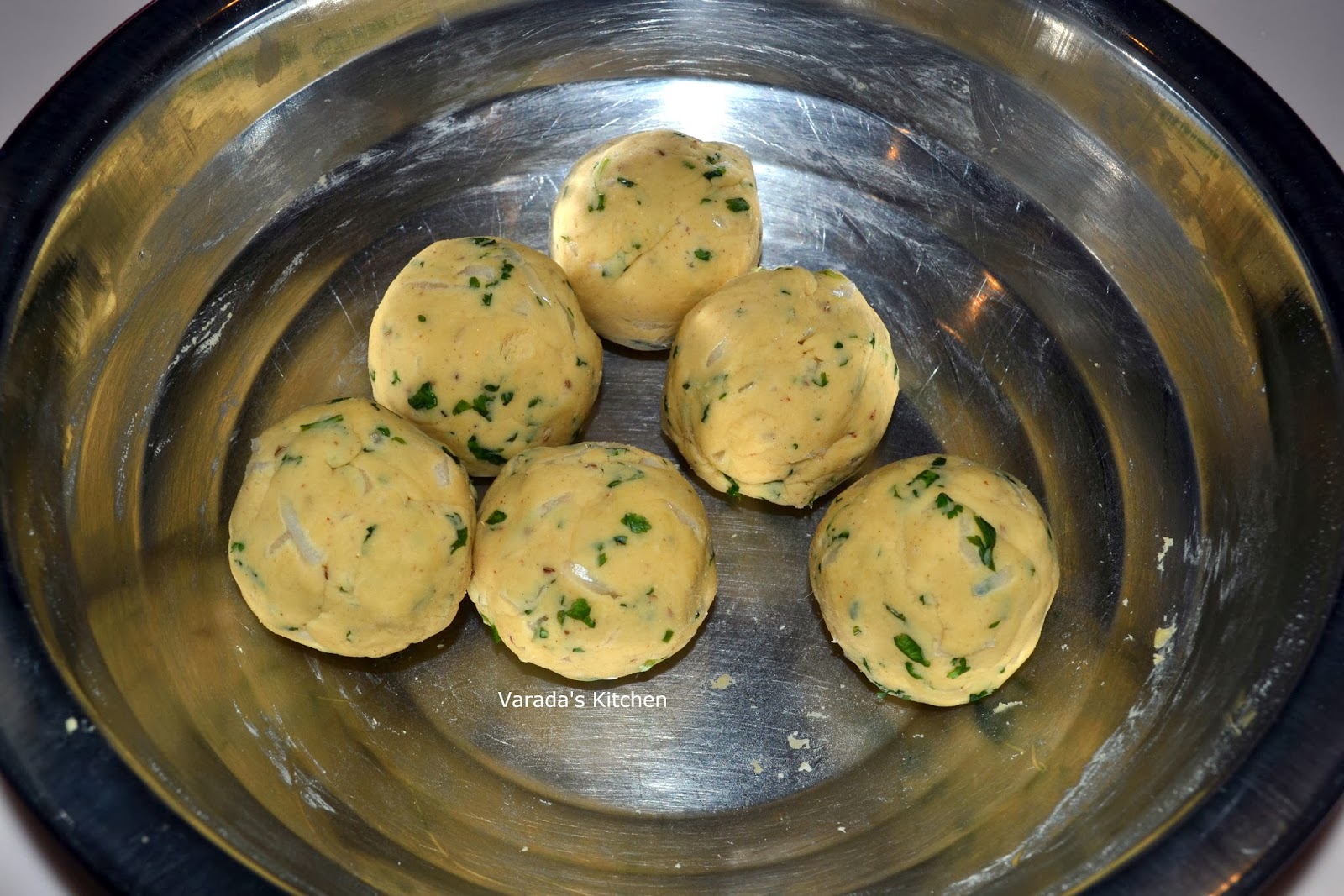 Make the Lithi. Preheat oven to 375 F. Knead the dough that after it has rested for half an hour. Divide into 6 parts. Roll each part into a ball. 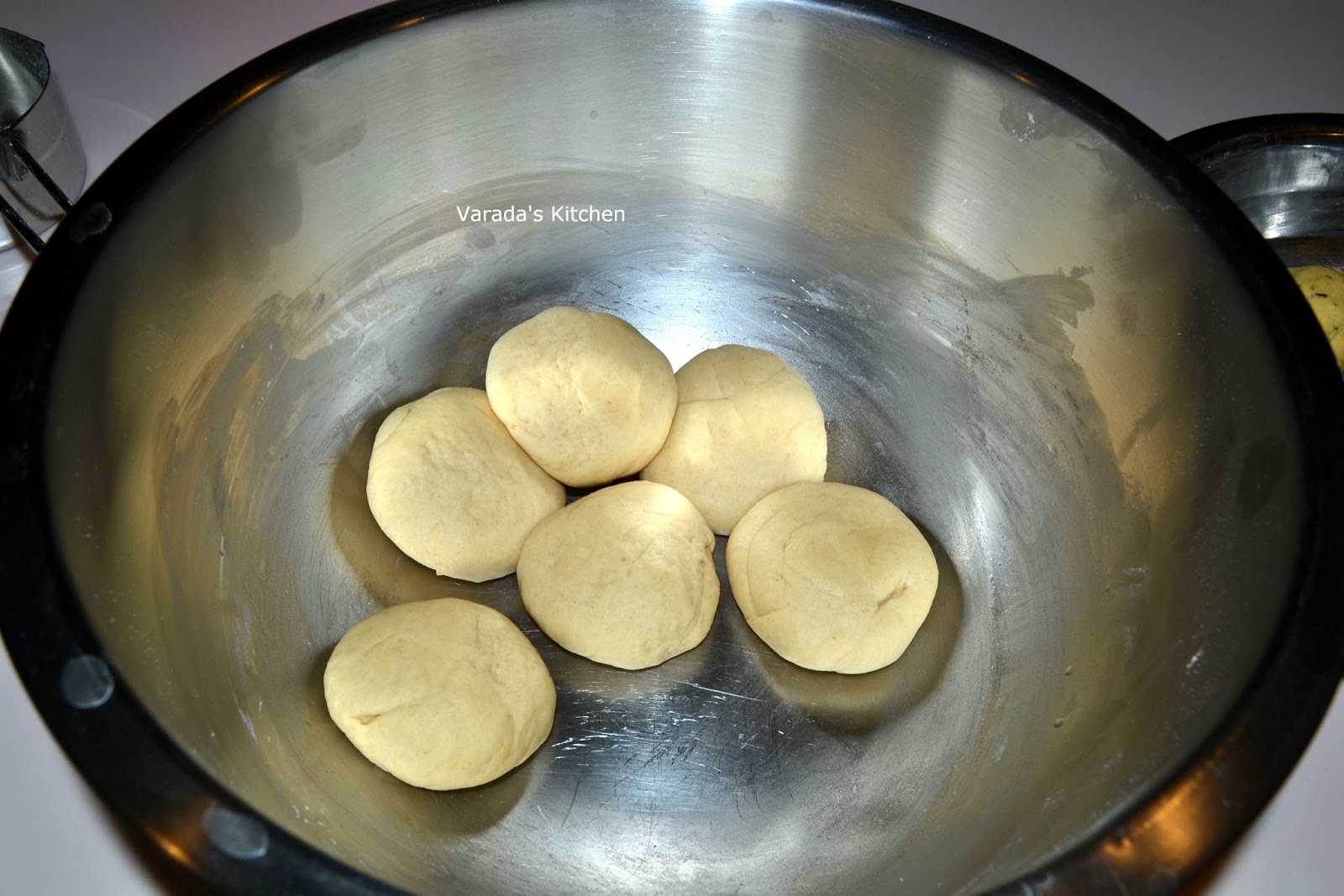 Flatten one ball of dough on your palm. 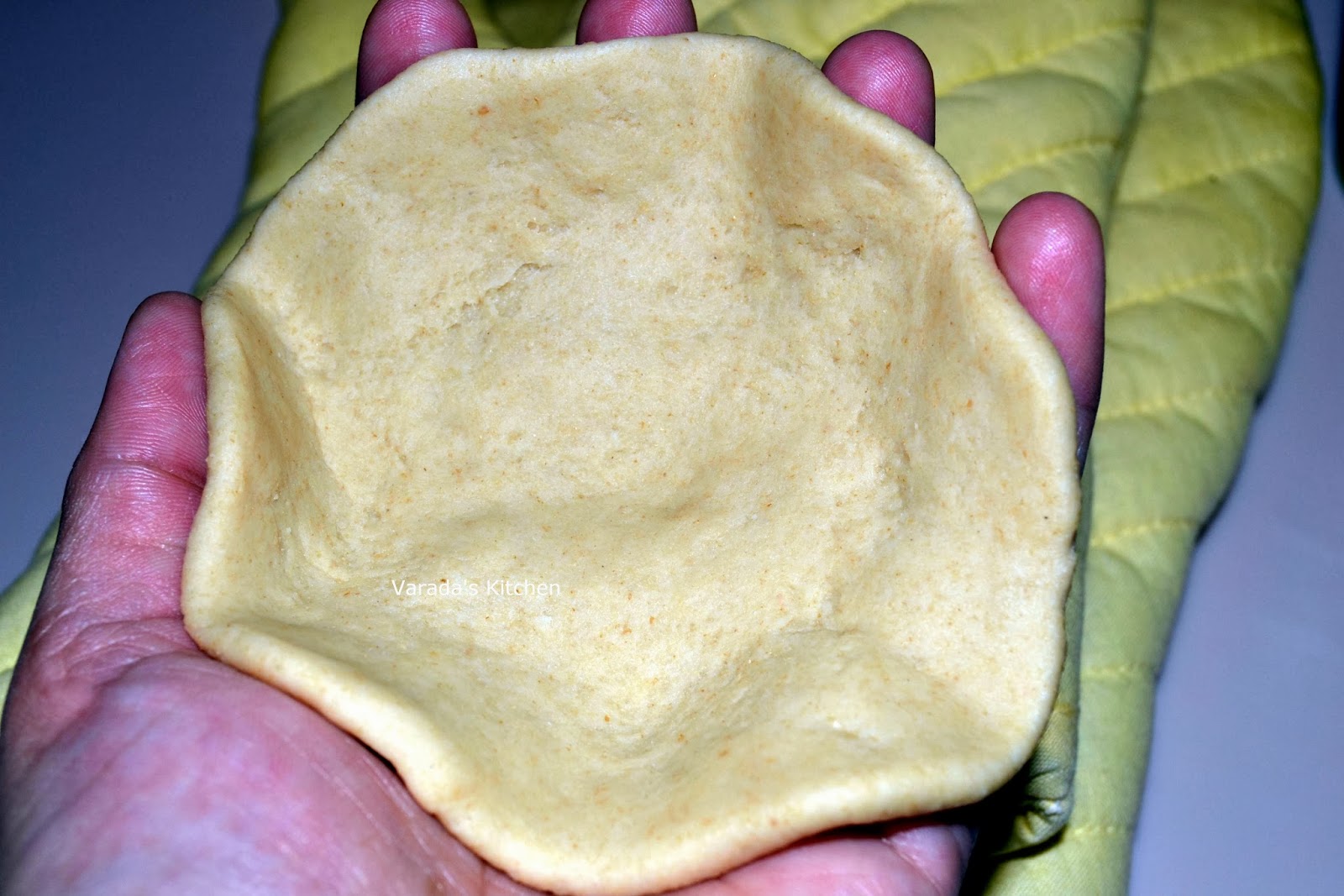 Place one ball of filling inside it. 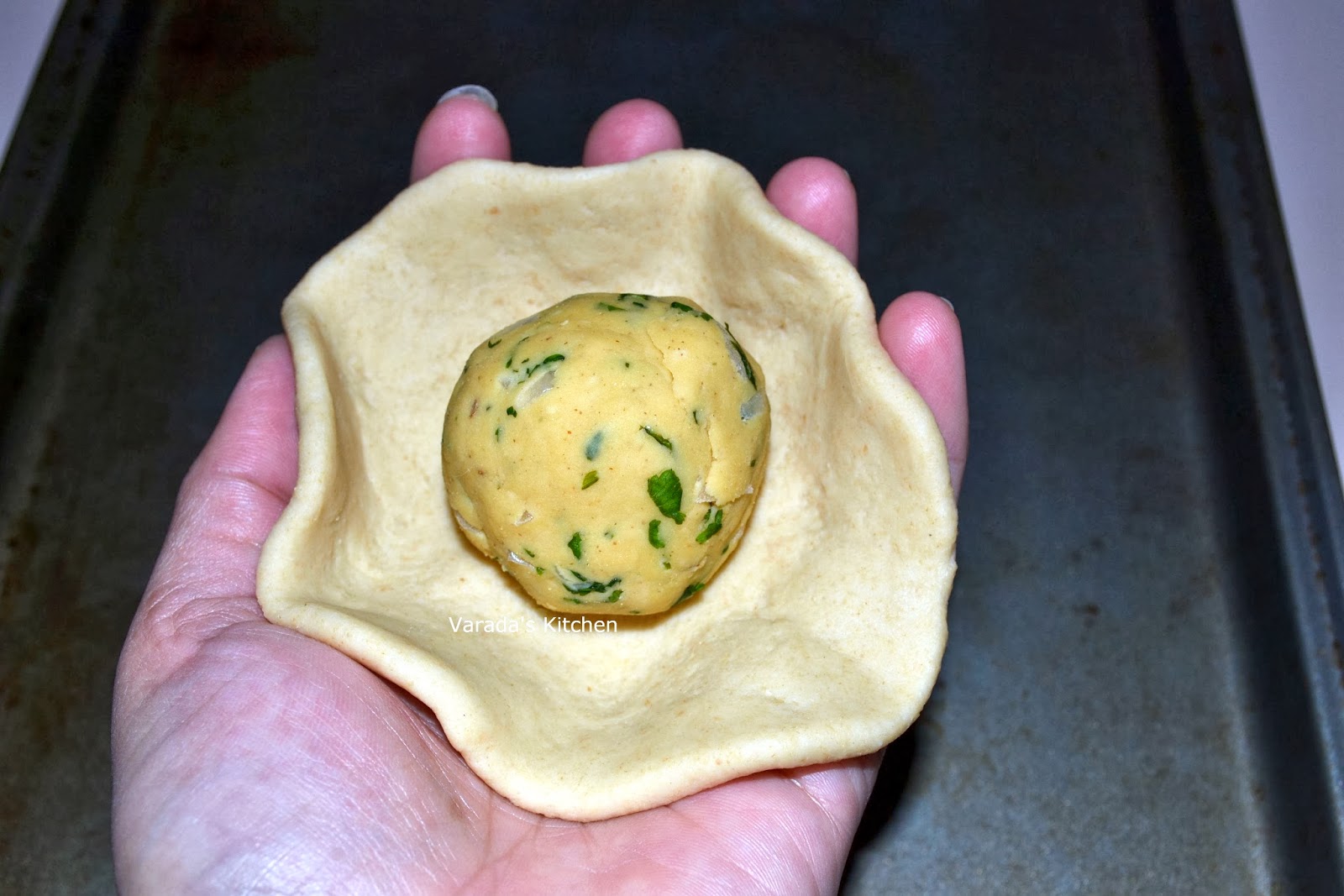 Pull up the sides of the dough over the filling and seal closed. Smooth it out in your palm and keep aside. 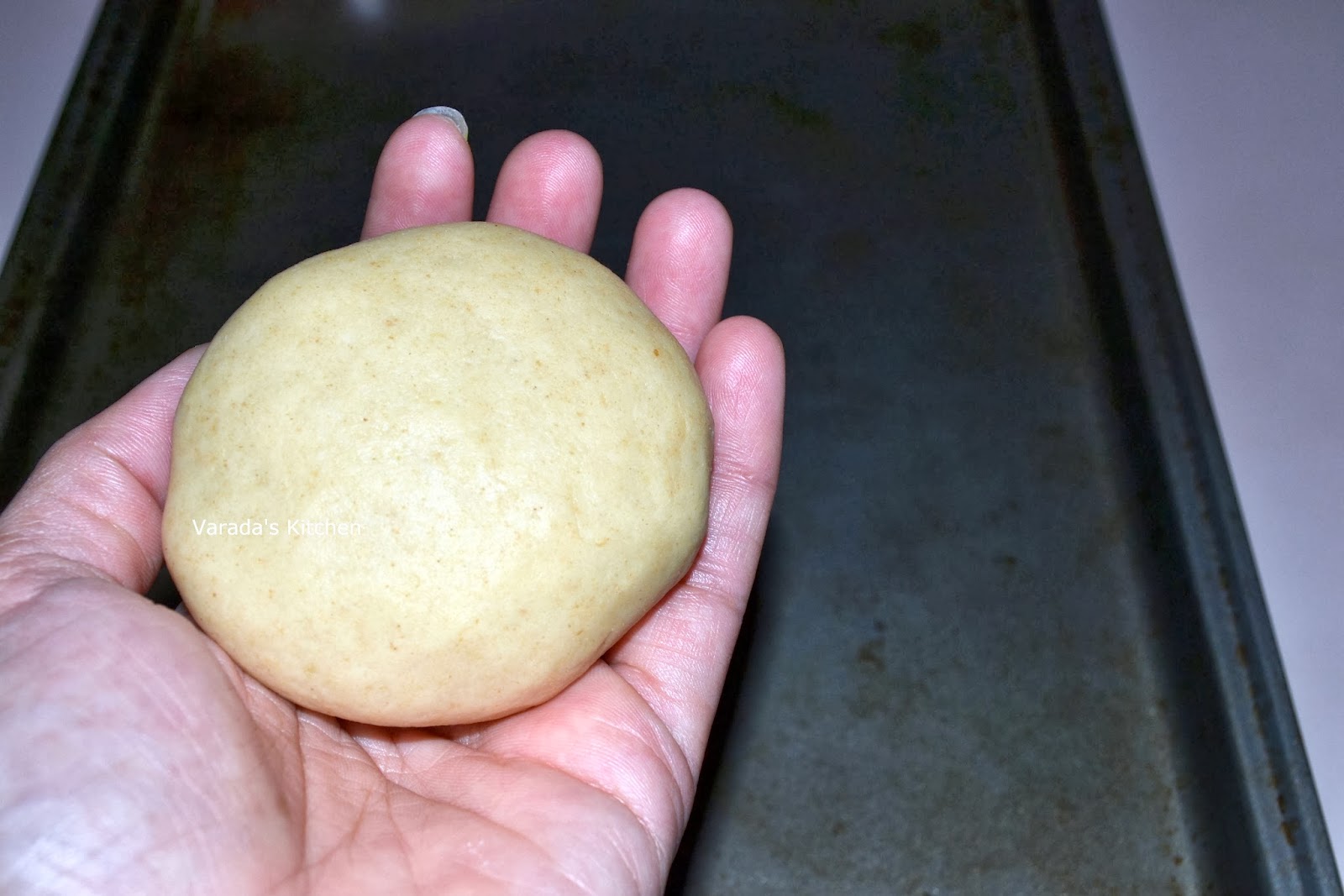 Repeat the process with the other 5 balls of dough. Now pour 1 tbs. of olive oil on your palm and caress each lithi with it. Place the oiled lithi on a baking sheet and let it bake for about 25 minutes or until the bottom is brown. Turn over and bake another 5 minutes. The top should brown quickly. 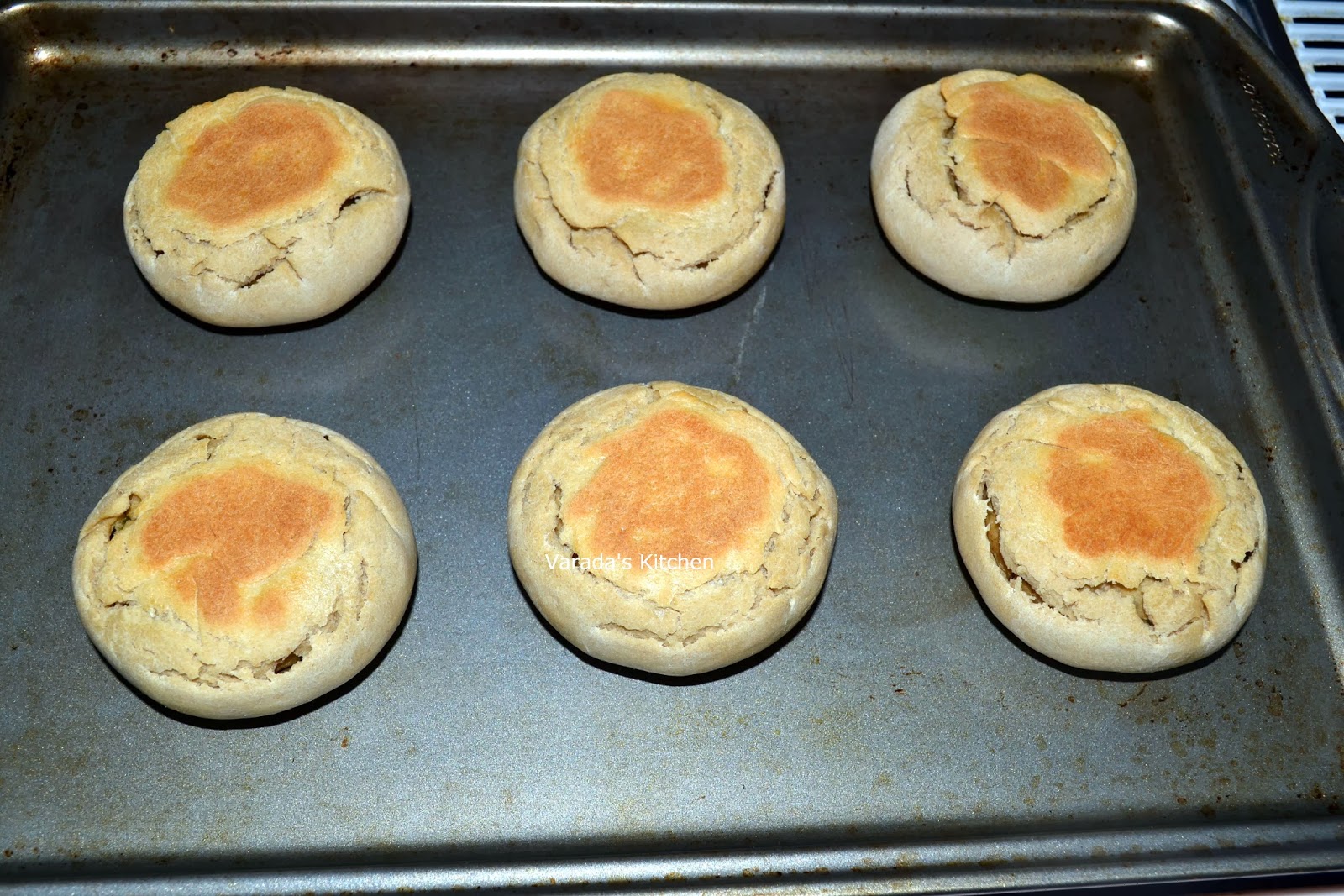 Melt a half tsp. of ghee over the top and serve with Chokha. 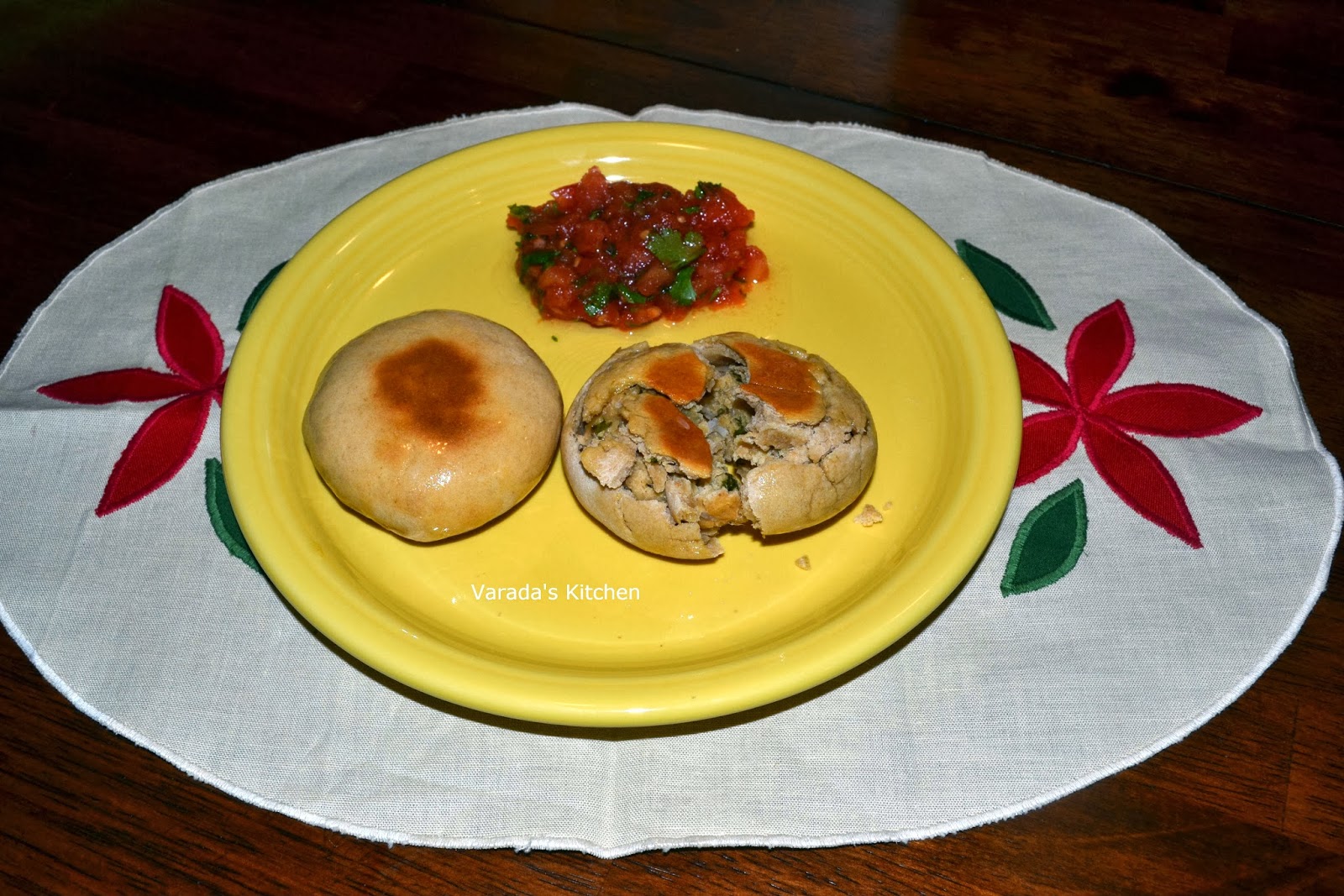