Marinara sauce is the most popular Italian sauce known the world over. It is a vegetarian sauce supposed to date back to 17th century Naples. The name marinara appears to be derived from 'marinade' rather than 'marine'. However, people from Australia may beg to differ. Their marinara contains seafood.

Marinara is the simplest of the basic sauces and takes less than half an hour to prepare. To make good marinara you need good quality tart tomatoes. Try to find good quality ripe tomatoes to provide the tart flavor. Unless you grow tomatoes in your yard or have a really good source you might want to use canned tomatoes. Use good olive oil. You can substitute fresh basil for the dried oregano if you wish. 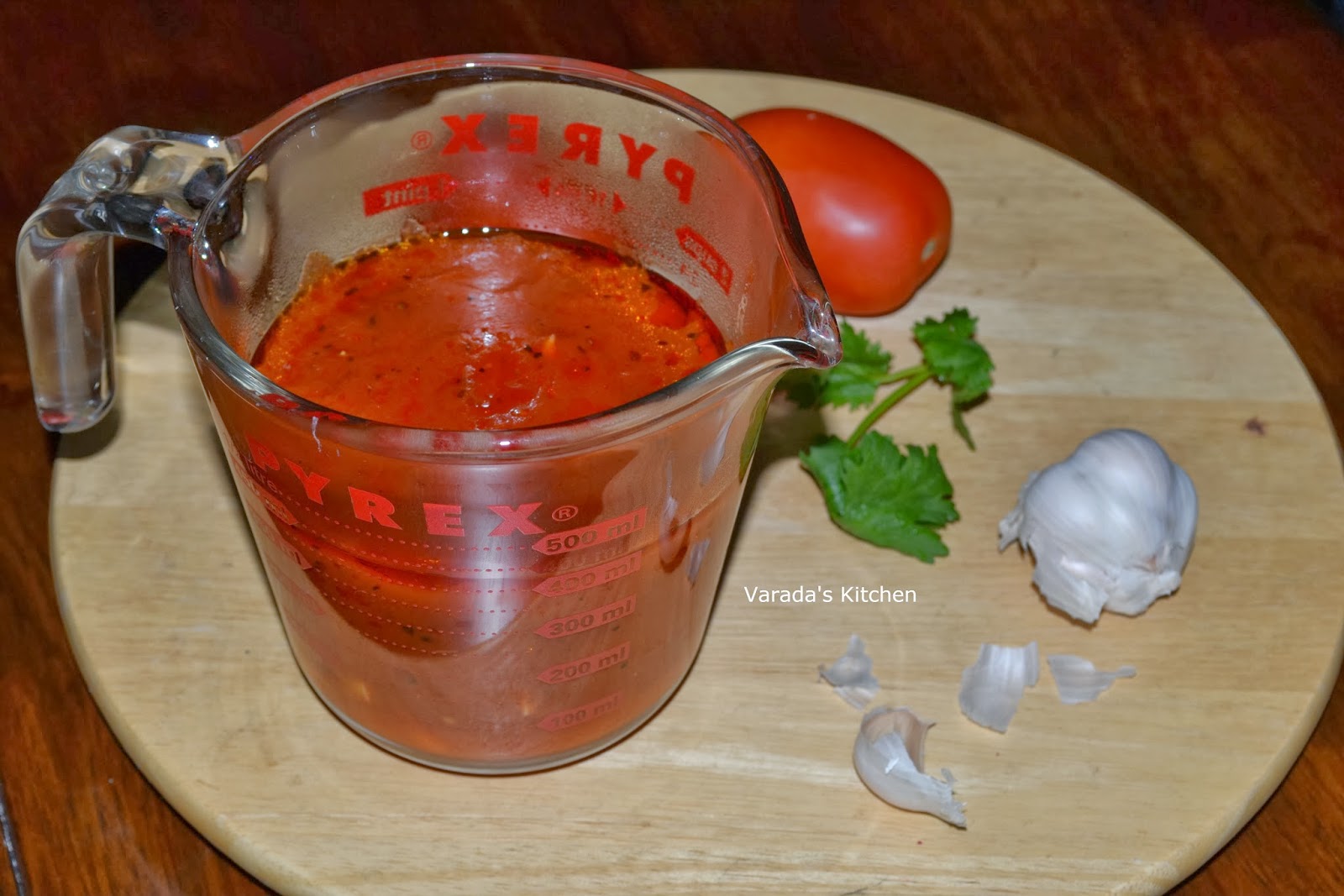 This sauce is used as a base or starting point for other tomato based sauces. It is used in stews, as a dip for bread sticks and nuggets or to top pizzas. However, it is most commonly used to top cooked pasta. 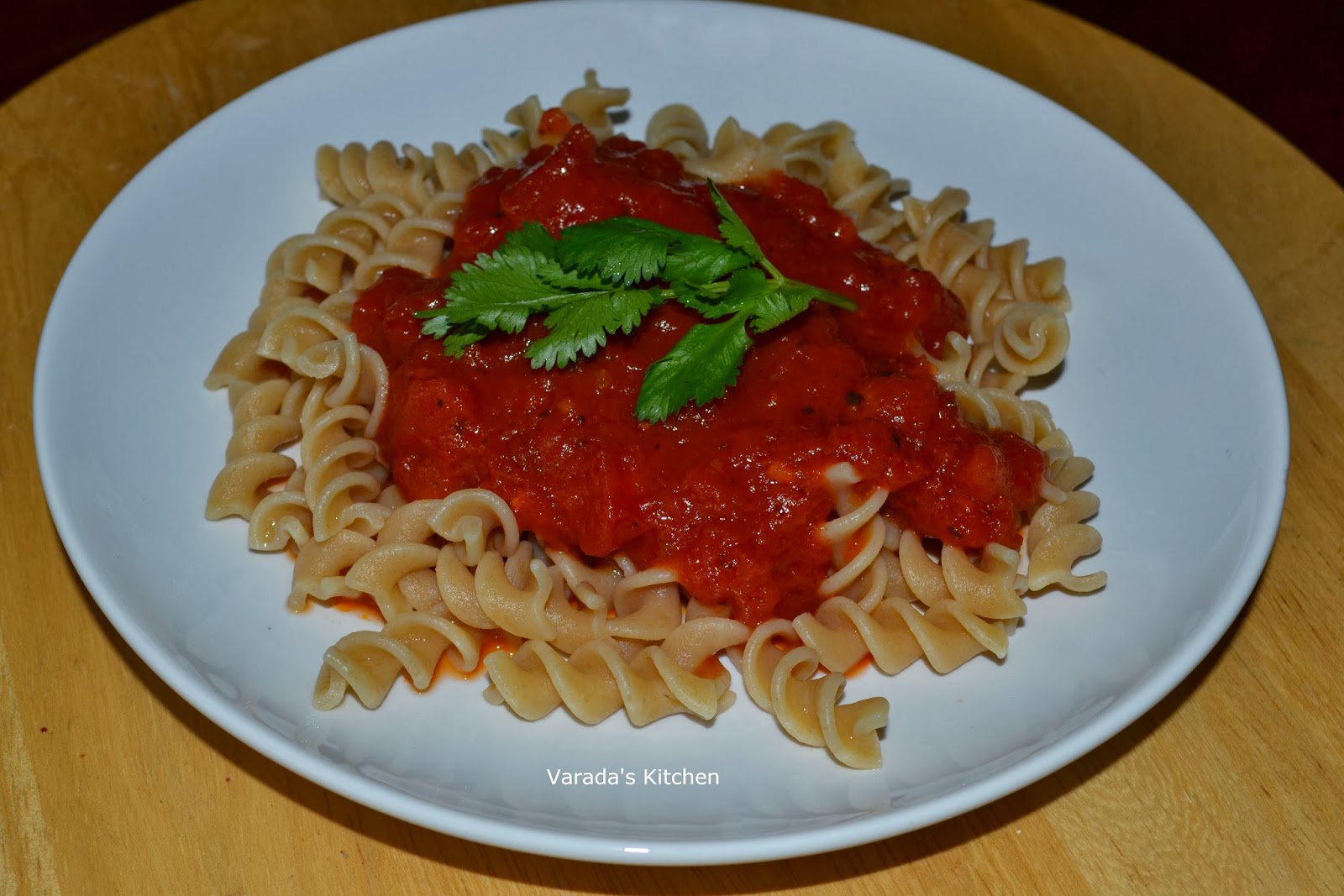 This sauce can be stored without refrigeration for a few days thanks to the acid in the tomatoes. It lasts longer when refrigerated.

Bring  water to a boil in a large pan. Score and put the tomatoes int he water. Take them out after 5 minutes and let them cool a little. Peel the skin off, you can remove the seeds if you like. Dice the tomatoes and keep aside. Remove the shell from the garlic and slice it. In a large skillet heat the olive oil. Add the garlic slices to the hot oil and let them sizzle. Do not let them brown. 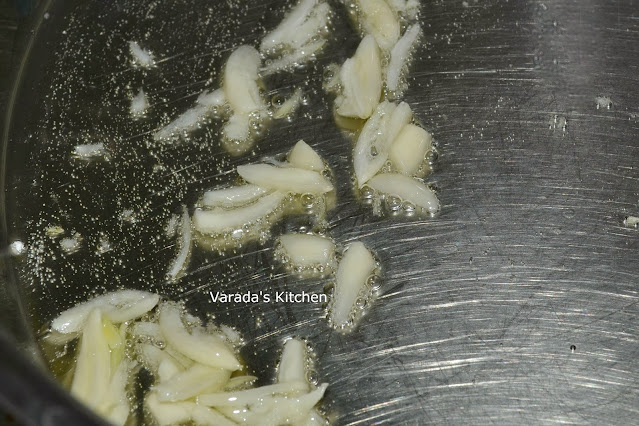 Add the tomatoes, red chilies and oregano. Season with salt to taste. 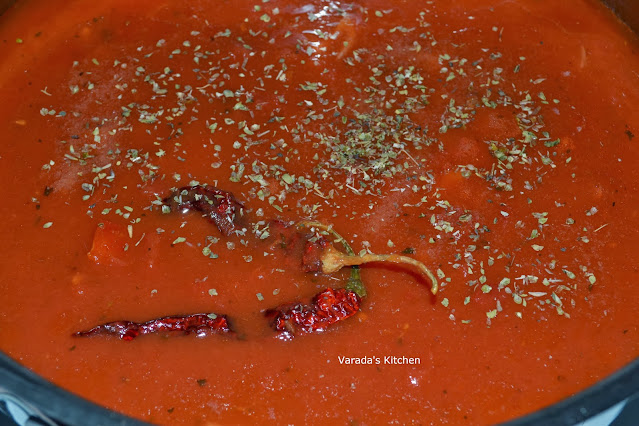 Bring it to a quick boil and let it simmer for about 15 minutes. Taste and adjust salt and oregano. Turn off the heat and remove the chilies. 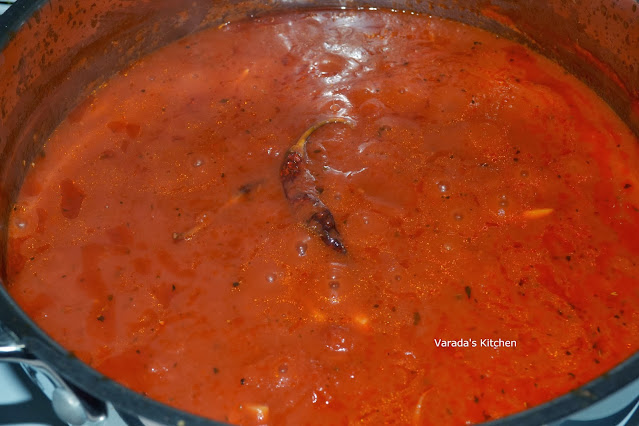