Posted by Varada's Kitchen
Today I am posting a recipe from Sikkim. Every day this month I will post a recipe from a different state in India. 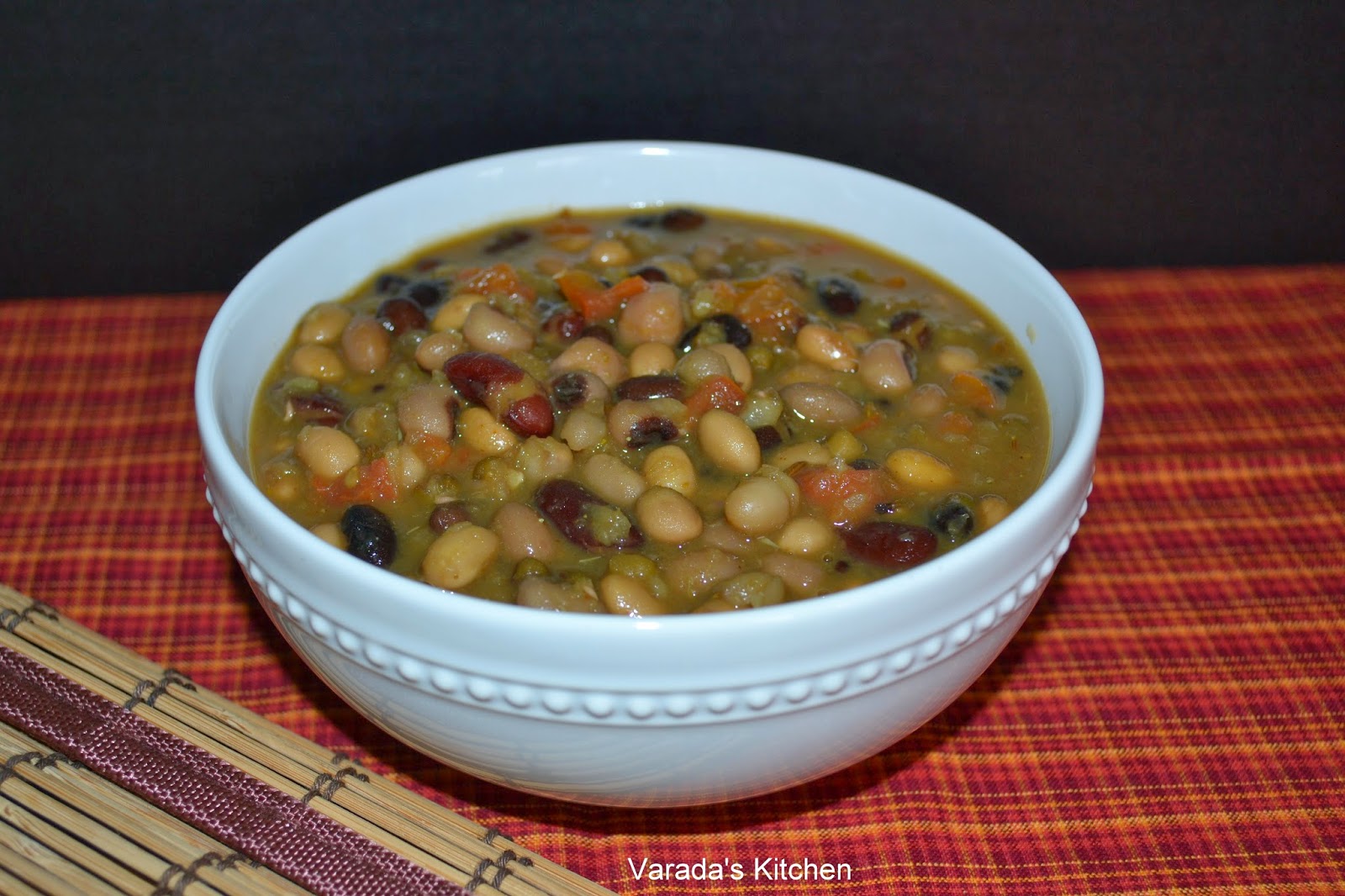 To be able to find authentic recipes from Sikkim is a challenge. It is even more so when you are living outside India. My quest took me to a very interesting Facebook page maintained by the Newar community from Gangtok.

Gangtok is the capital of Sikkim and on the Facebook page everyone talked about traditional authentic Newar recipes. I knew I had hit gold until I also noticed all the recipes were marked as Nepali. That is when I knew a little research into the history of Sikkim was needed.

Sikkim is located on the north eastern border of India. Until 1975 Sikkim was its own independent region with special status. It always had ties to India but only in 1975 did it join the Indian Union as the 22nd state. It is the only state with an ethic Nepali minority.

That explained the authentic traditional Nepali recipes from Gangtok. If you want a parallel this is similar to the southwestern US where Spanish speaking people in the states of Arizona and New Mexico became US citizens after those territories were acquired.

Now that I had all the pieces to the puzzle I knew I had the recipe for a dish from Sikkim. This recipe reminded me a lot of spicy bean soup. Here is the link to the original recipe. I used 7 different types of beans. Have fun collecting a combination of beans you like. 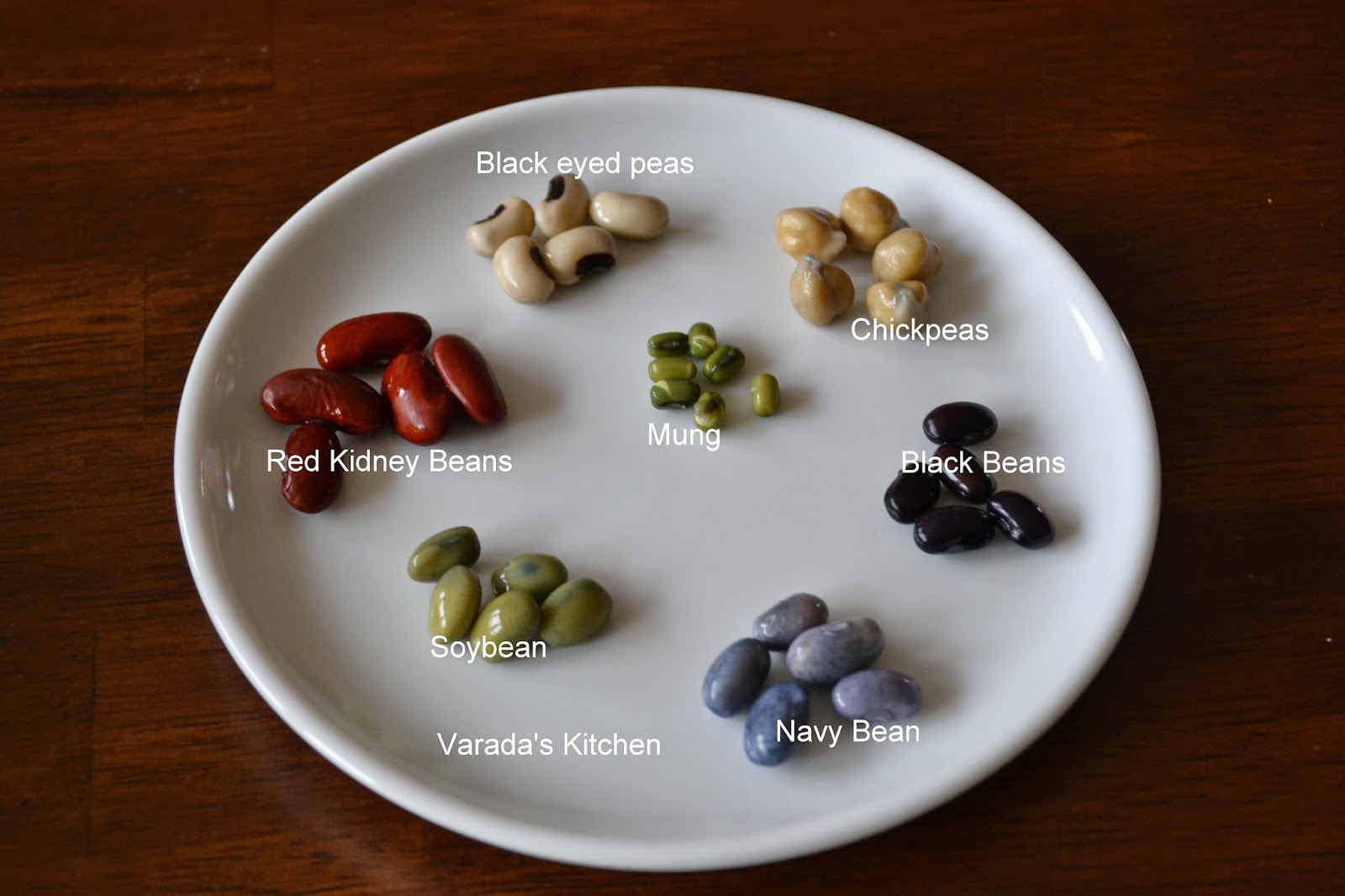 Soak overnight a total of 2 cups of dry beans. Pressure cook the beans until well cooked but not mushy. 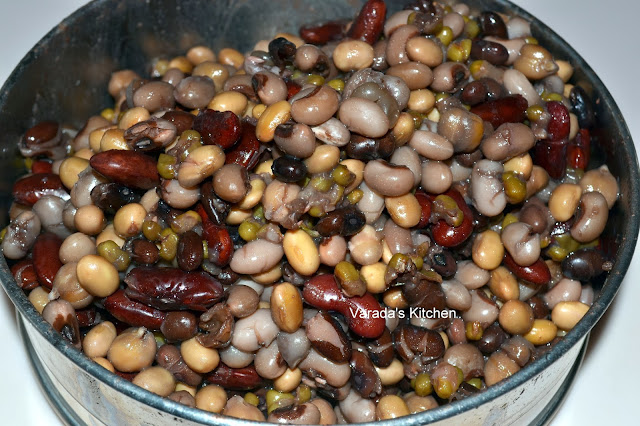 Separate and reserve the water used to cook the beans. 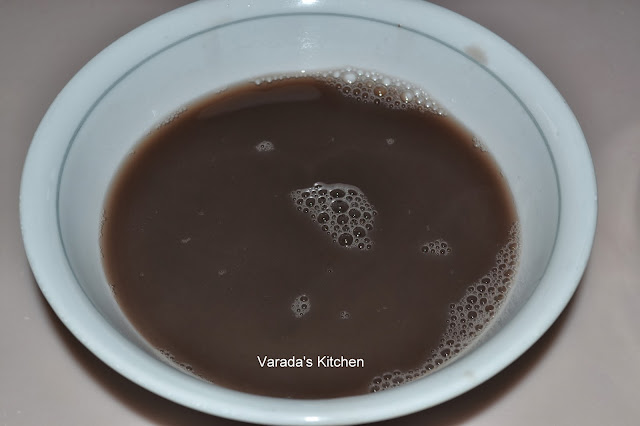 Dice the onions. With a couple of tablespoons of water saute the onions until tender. Turn off heat. Run the cooked onions along with the ginger garlic paste through a blender.

Heat a large pan and when hot add the mustard, cumin, fennel and carom seeds. When the mustard seeds start to crackle, turn down the heat and add add the onion paste. Cook together for a couple minutes. 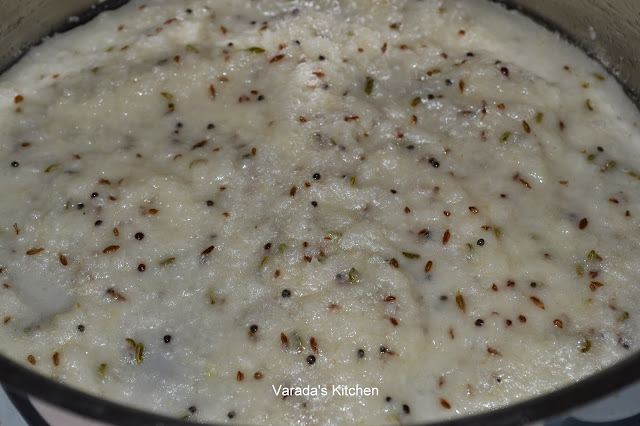 Meanwhile dice the tomatoes. Add tomatoes, coriander cumin powder, paprika and turmeric powder to the pan. Mix well and let it cook until the tomatoes are tender. 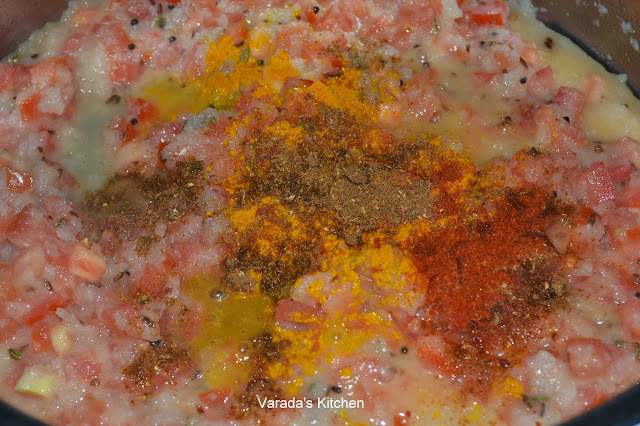 Add the cooked beans and mix everything together. Add as much of the reserved water as needed to make the gravy. 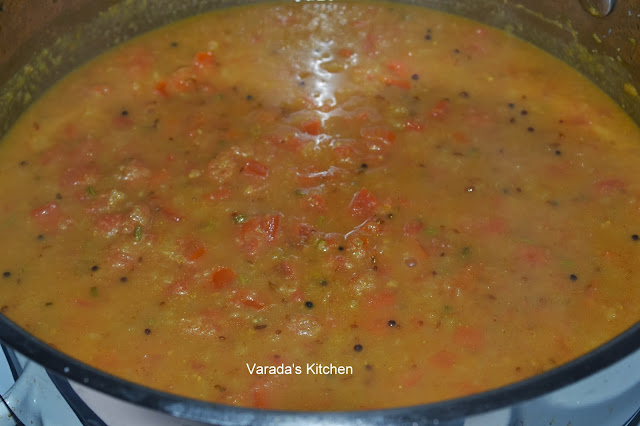 Bring it to a boil then lower the heat and let it simmer for another 5-10 minutes. Turn off the heat. 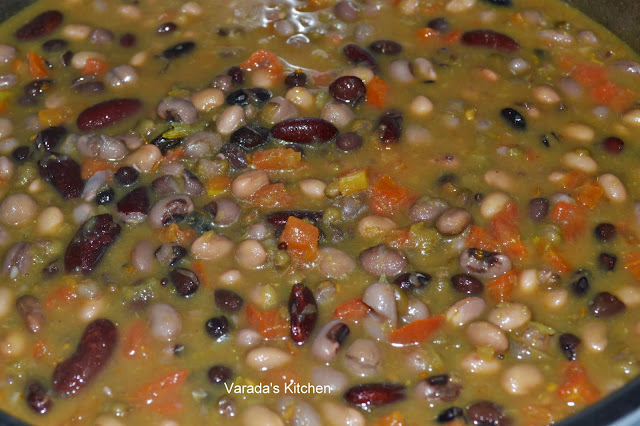 Serve hot with rice or poli. 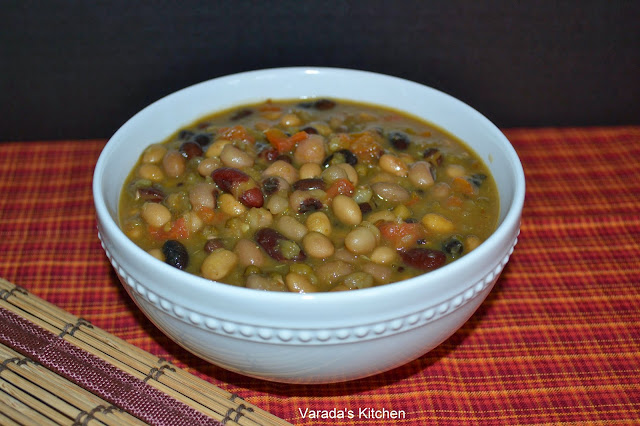 A spicy bean stew that hits the spot on a cold day.