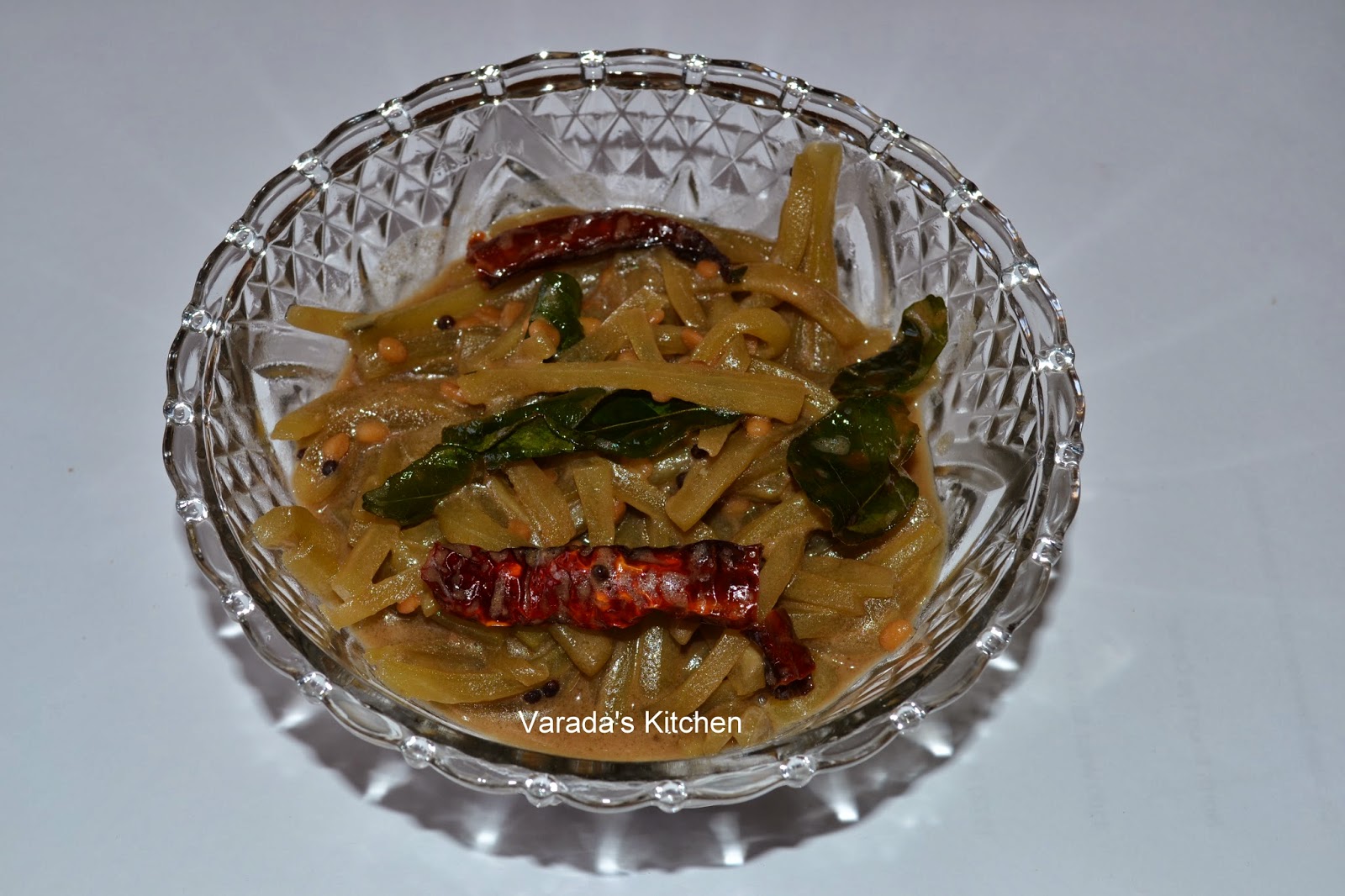 Pondicherry is a little Union Territory on the eastern shore of India in Tamil Nadu. It was once a French colony and some people like to continue to keep the French influence in the former colony.

When I finished grad school I took a job in Bangalore and lived with my uncle and aunt. My aunt was very active in the local Marathi Mandal (club). I helped with their annual play and got to know her whole group. Every year her group went on a trip and that year they picked Pondicherry . I was asked if I would like to go along and I jumped at the chance.

Pondicherry is a pretty place and we were there for only a day and a half. One of the things I distinctly remember is going to the beach to watch the sun rise over the water. I had to keep reminding myself that the sun was rising and not setting. Having grown up in Goa on the western coast I had never seen the sun rise over the sea.

I had trouble finding recipes for Pondicherry. I found a Google book and really liked the mango chutney but decided not to replicate those recipes. Then I found a piece in the metro section of the newspaper Hindu. They were featuring a series of recipes from Pondicherry and that is where I found this recipe.

My first question was what is snakegourd and how will I find it? As luck would have it my next visit to the Indian store solved that problem. They had a fresh shipment of snake gourd and I realized after looking at it why it is called snake gourd. I picked up the smallest of the lot. 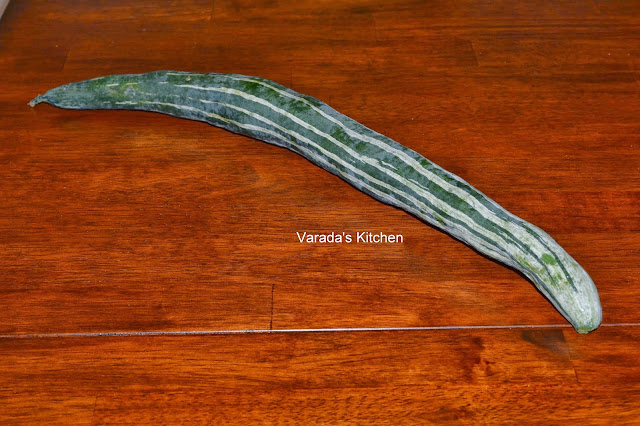 Wash and peel the snake gourd. Cut it in half and remove the seeds. Julienne the pulp. Keep aside.
Heat oil in a pan and add the mustard seeds, urad dal, curry leaves and the red chili pepper. 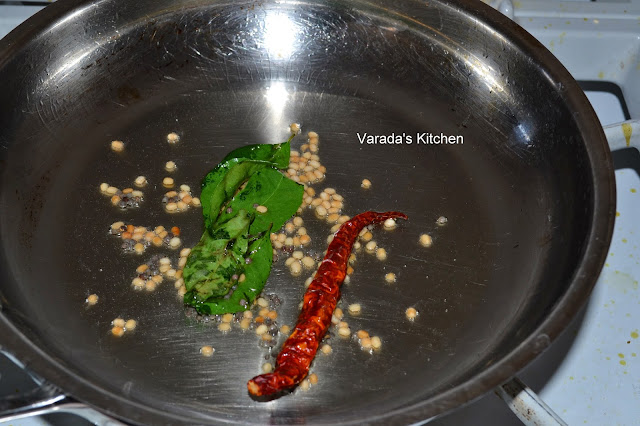 When the mustard seeds crackle add the snake gourd and salt. Cover and cook until tender but not mushy. 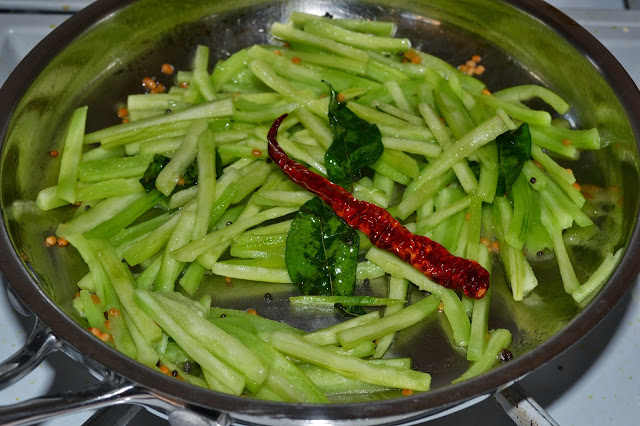 Add the coconut milk and tamarind paste and bring it to a boil. 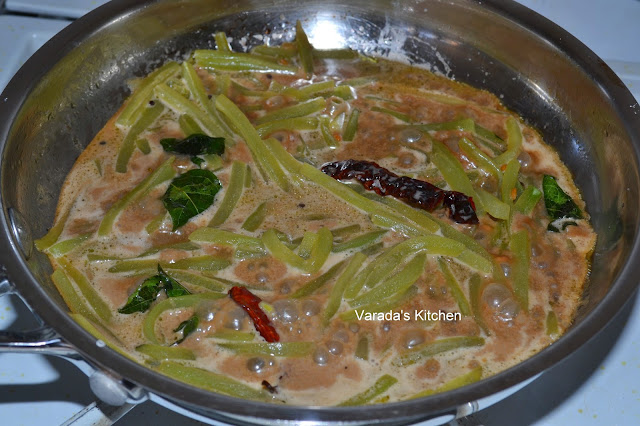