Today is Holi the festival of colors. It is a celebration of spring and new life. It is also a symbolic gesture to burn away everything old and start over. 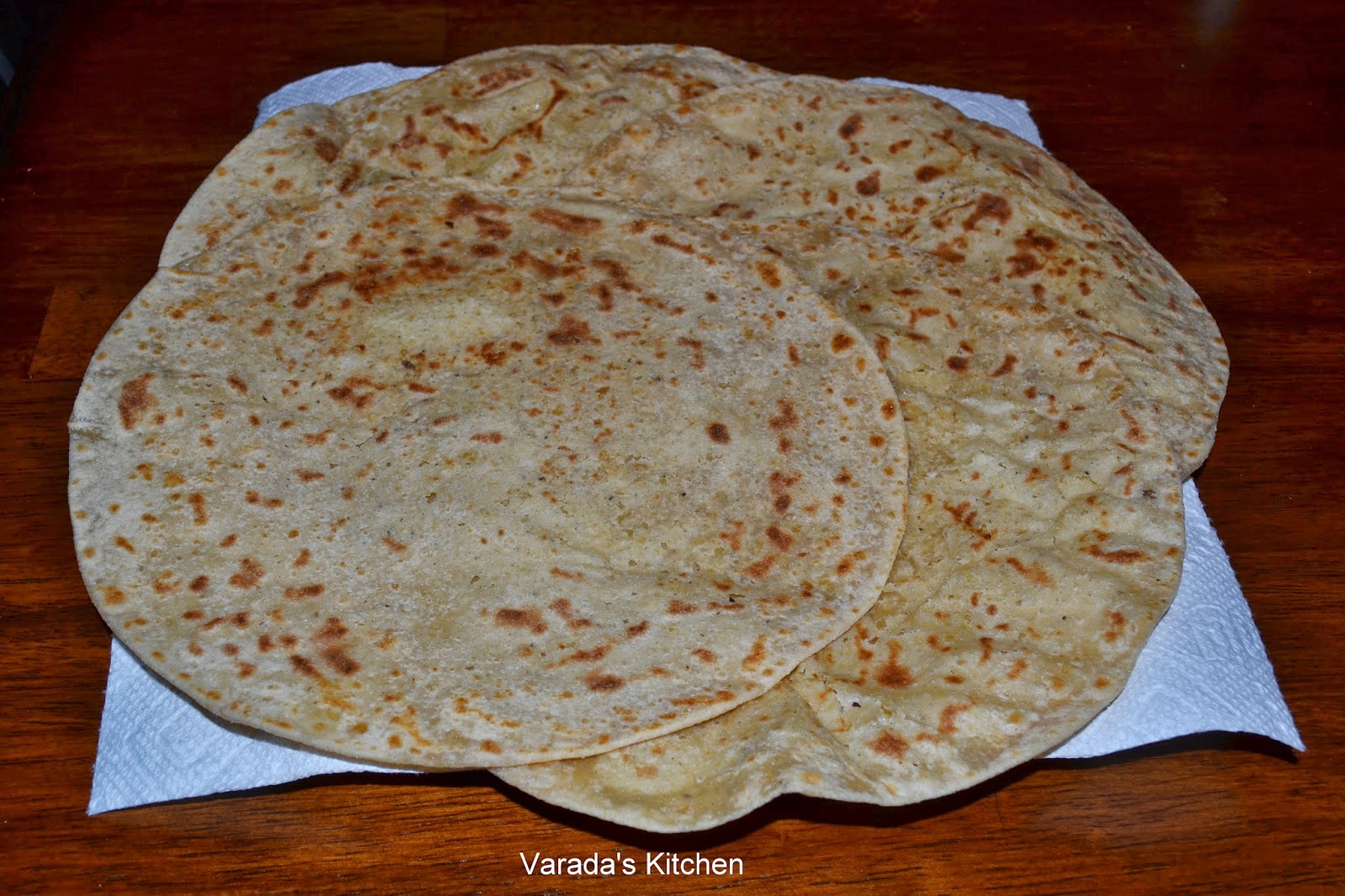 Dry color pouches or water guns are used to spray color on friends and family. Growing up everyone from our neighborhood celebrated holi. There was an advantage in going out early. As children came out to play the gang grew bigger. Everyone was in light colored clothing and by the end of the morning the clothes would be stained with all the different colors. People were hard to recognize as the faces were colored. At the end of the morning we would all return home to take a shower and wash off all the color. Though most of the color washed off some telltale sign would remain and that would be a conversation starter in school the next day. 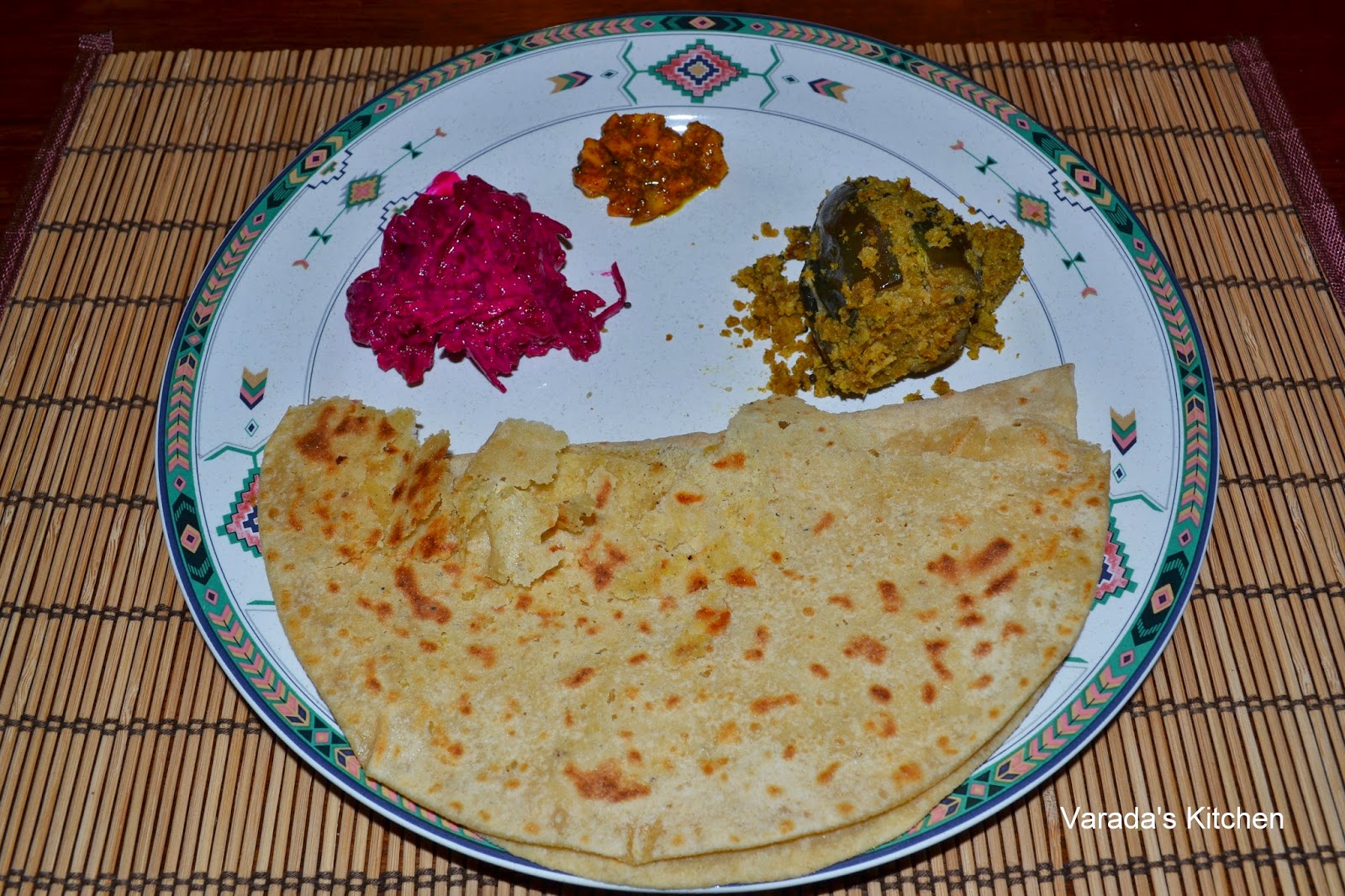 In Marathi homes puran poli is made specially on holi. It is eaten either with ghee (clarified butter) or with milk. Puran is a mixture of cooked channa dal and jaggery. Katachi amti is a dish prepared from the water in which the channa dal is cooked. Puran poli and katachi amti is a classic combination. I served the puran poli with beetroot salad, instant jaggery and mustard pickle and bharli wangi (stuffed eggplant).

To make the puran
Wash and pressure cook the channa dal in 1 1/2 cups of water. Do not let it get mushy. Strain and reserve the water. 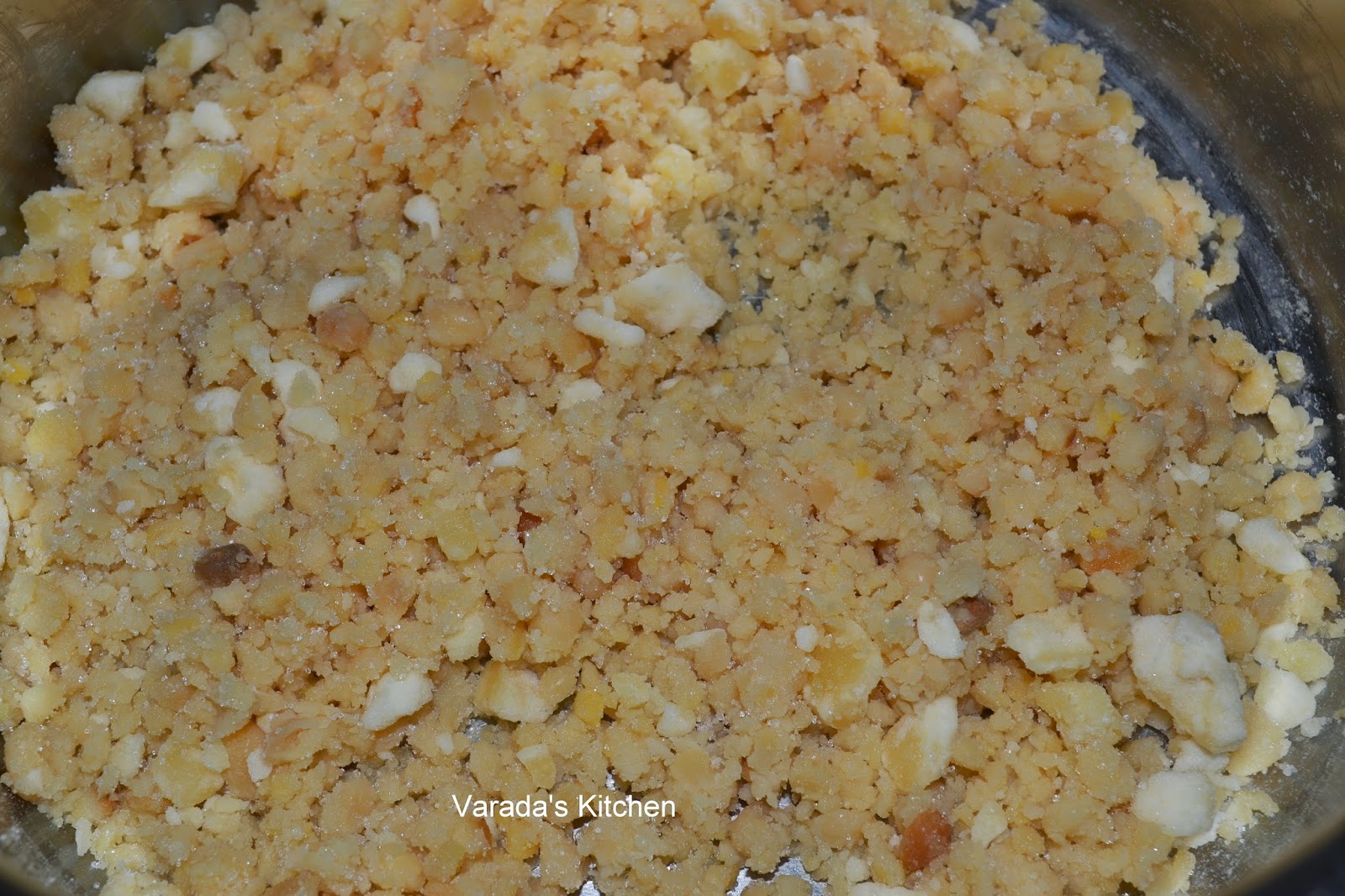 Mash the channa dal and put it in a pan. Add the jaggery and sugar. Set it on medium heat to cook. Initially the sugar and jaggery will dissolve cause the mixture to form a watery paste. 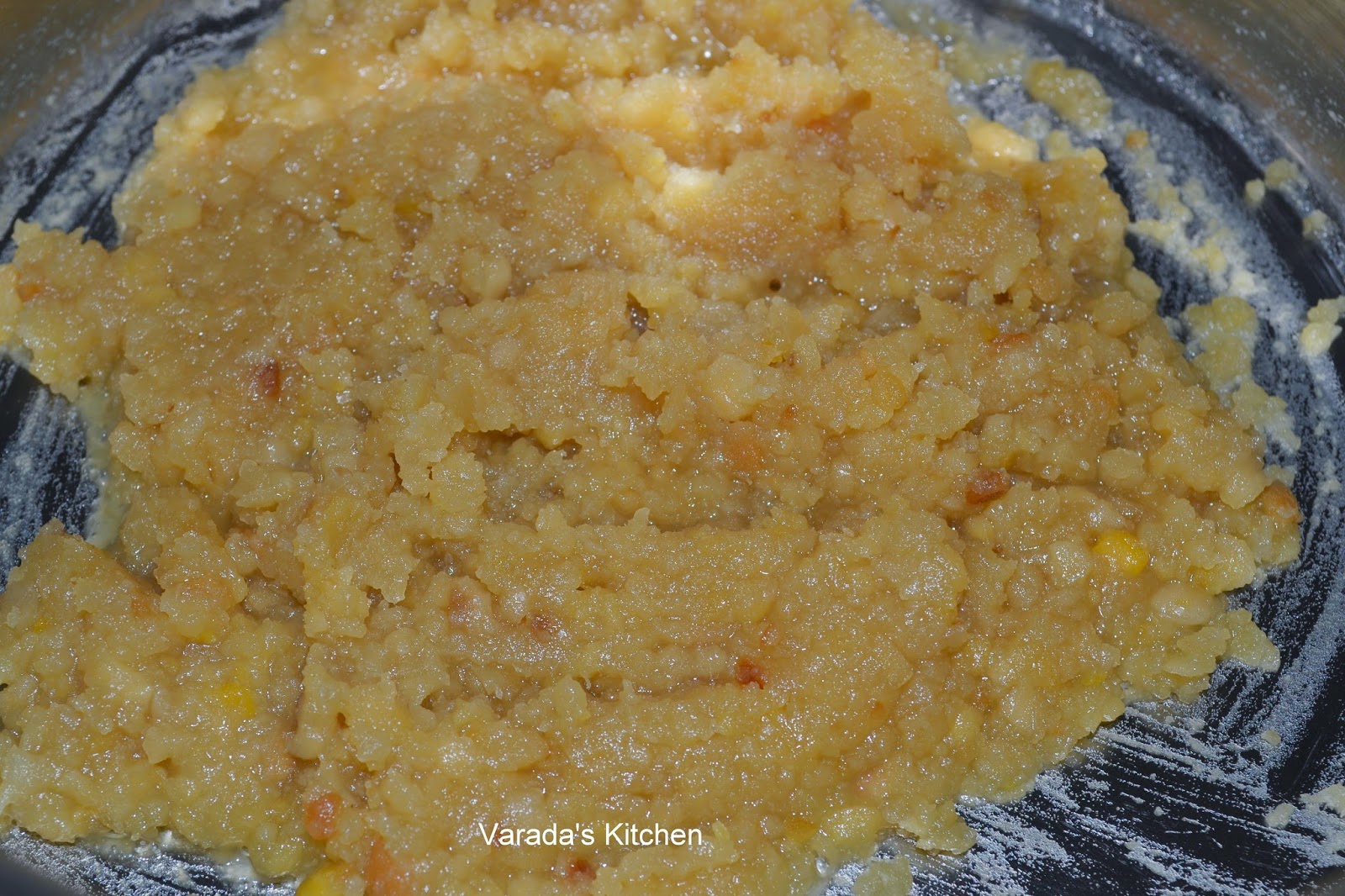 As it cooks it will thicken. When a spoon left in the center of the mixture stands for a few seconds on its own you know the puran is done. At this time the color will be a light brown if you used light colored jaggery. Take it off the heat. Shell the cardamom and pound the seeds to a powder. Add the powder to the puran. Using the rough side of your box grater grate some nutmeg in the puran. Mix it and let it cool completely. 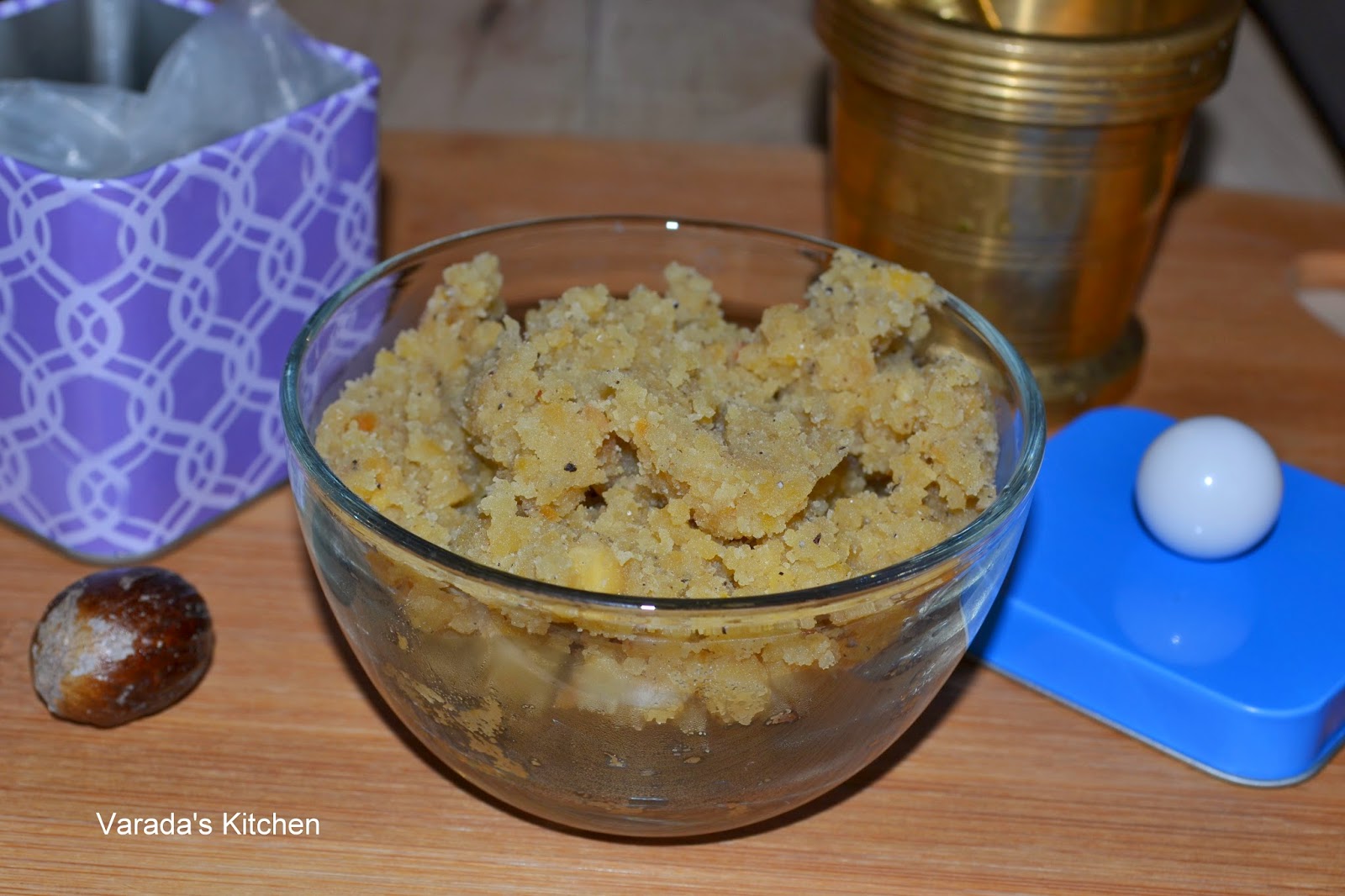 To make the poli
In a mixing bowl sift in the flour and salt. Rub in the olive oil. Using water form a dough and knead well. Pour a tablespoon of oil on your palm and knead the dough until it is soft and smooth. Cover and keep aside for 2 hours.

After 2 hours use a little olive oil to knead the dough again.  Divide the dough into five portions. Heat a griddle pan. Flatten one portion of the dough in the palm of your hand. Place a fifth of the puran in it. 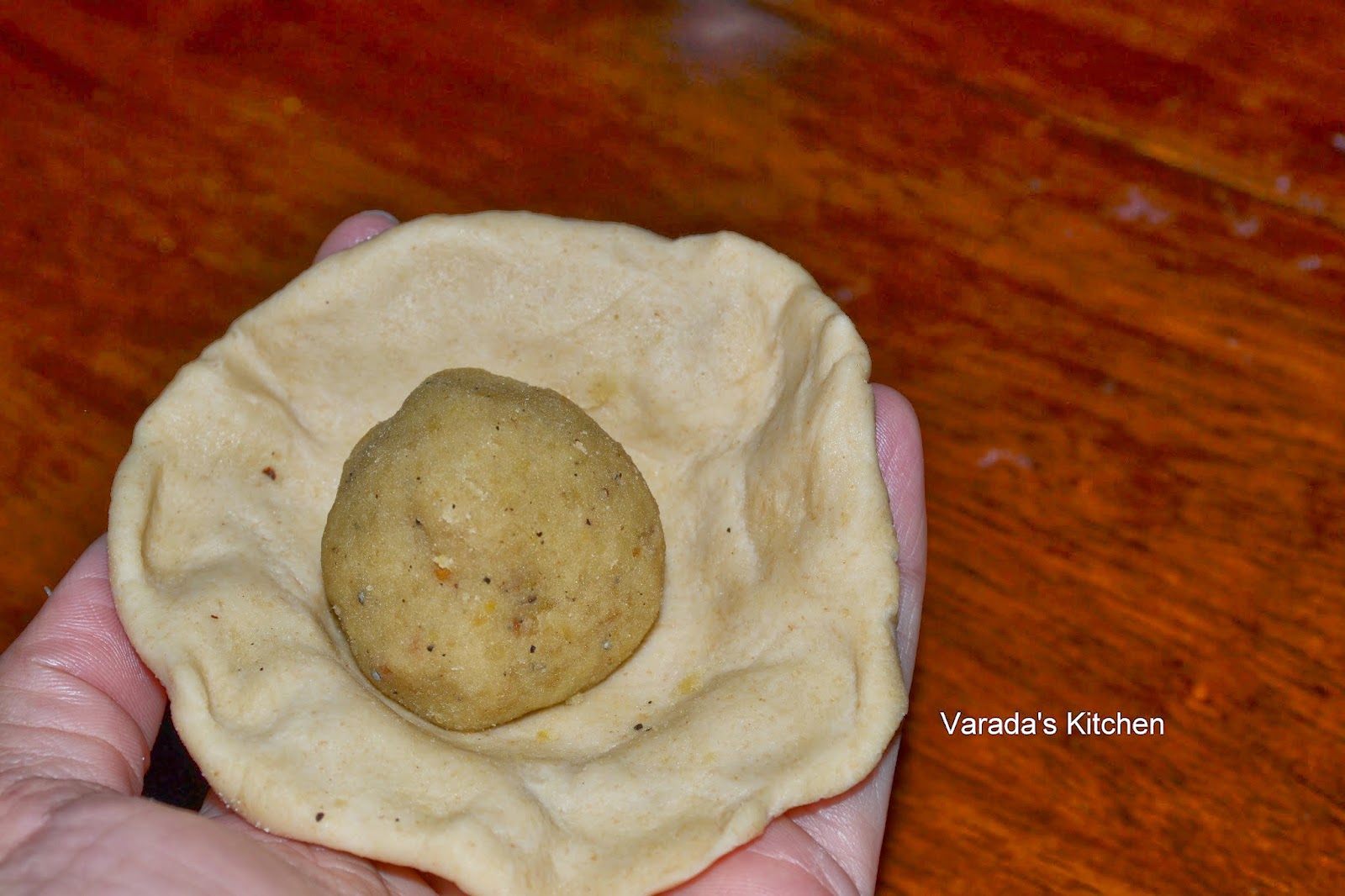 Close the dough over the top of the filling to form a ball. 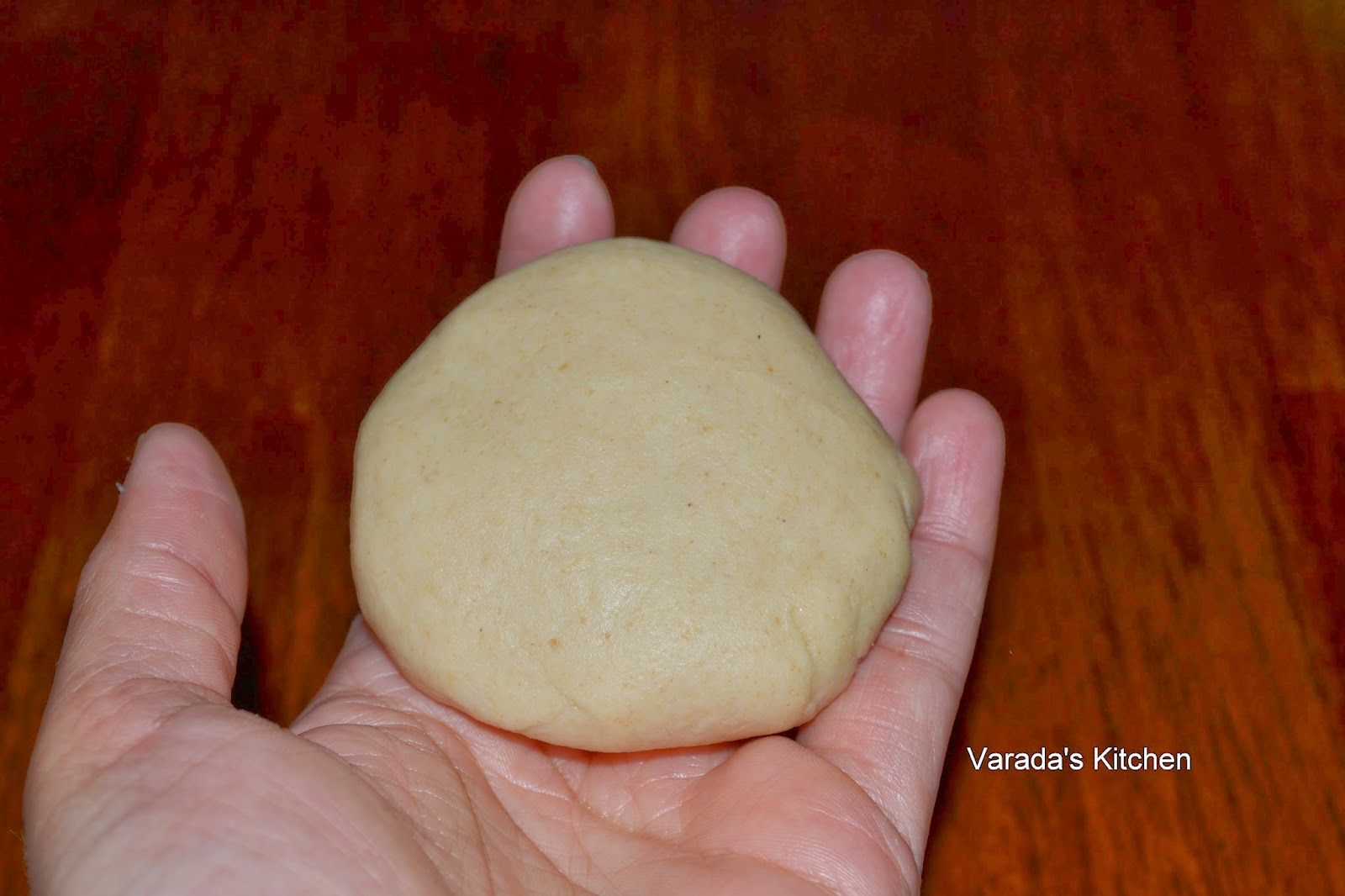 Roll it out on a working surface to form a thin disc. 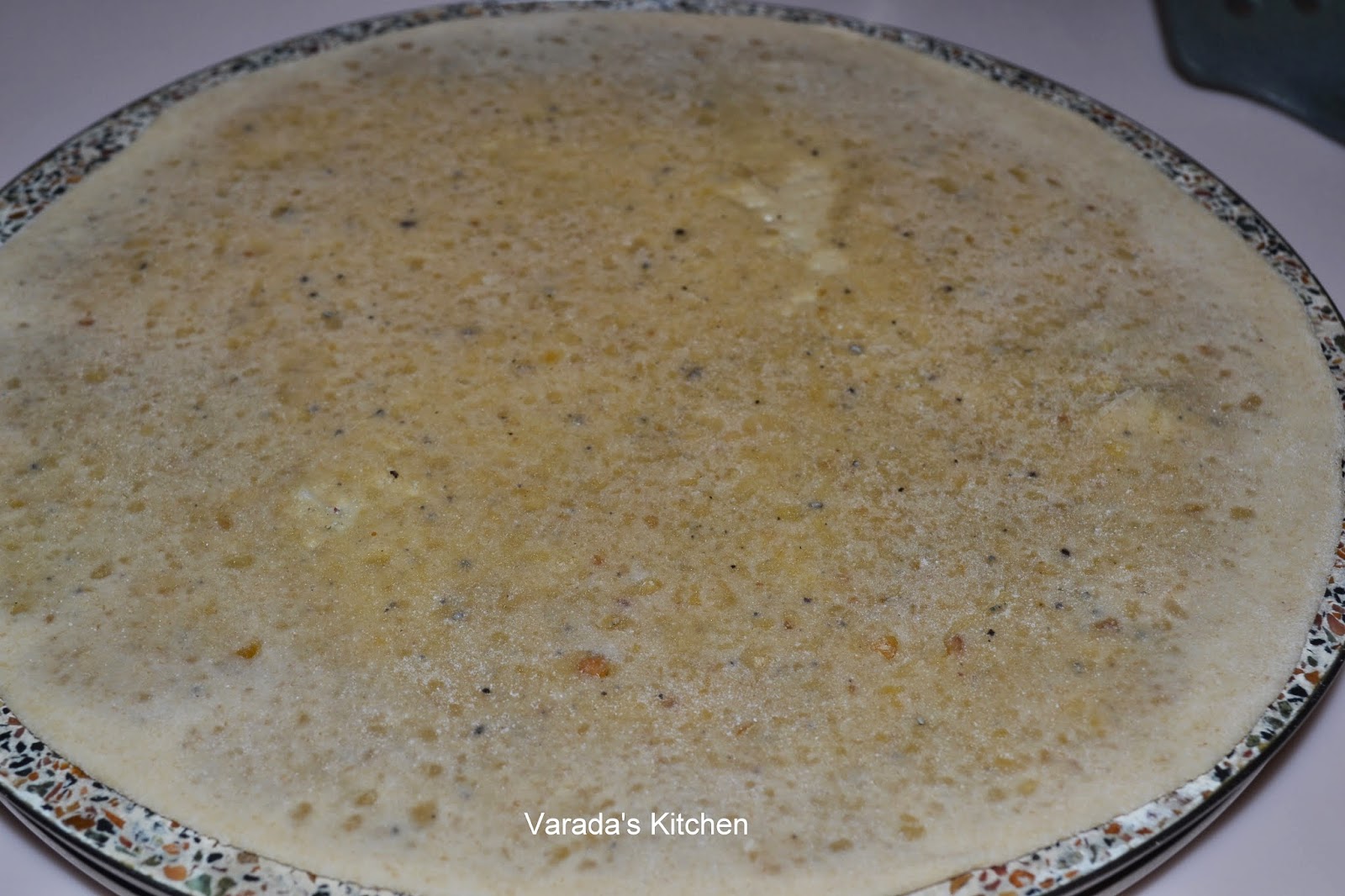 Put a few drops of oil on the heated pan and place the rolled poli on it. Sprinkle some oil over the top. Let the poli cook and when browns spots appear flip it over. Cook the other side and take it off the heat. 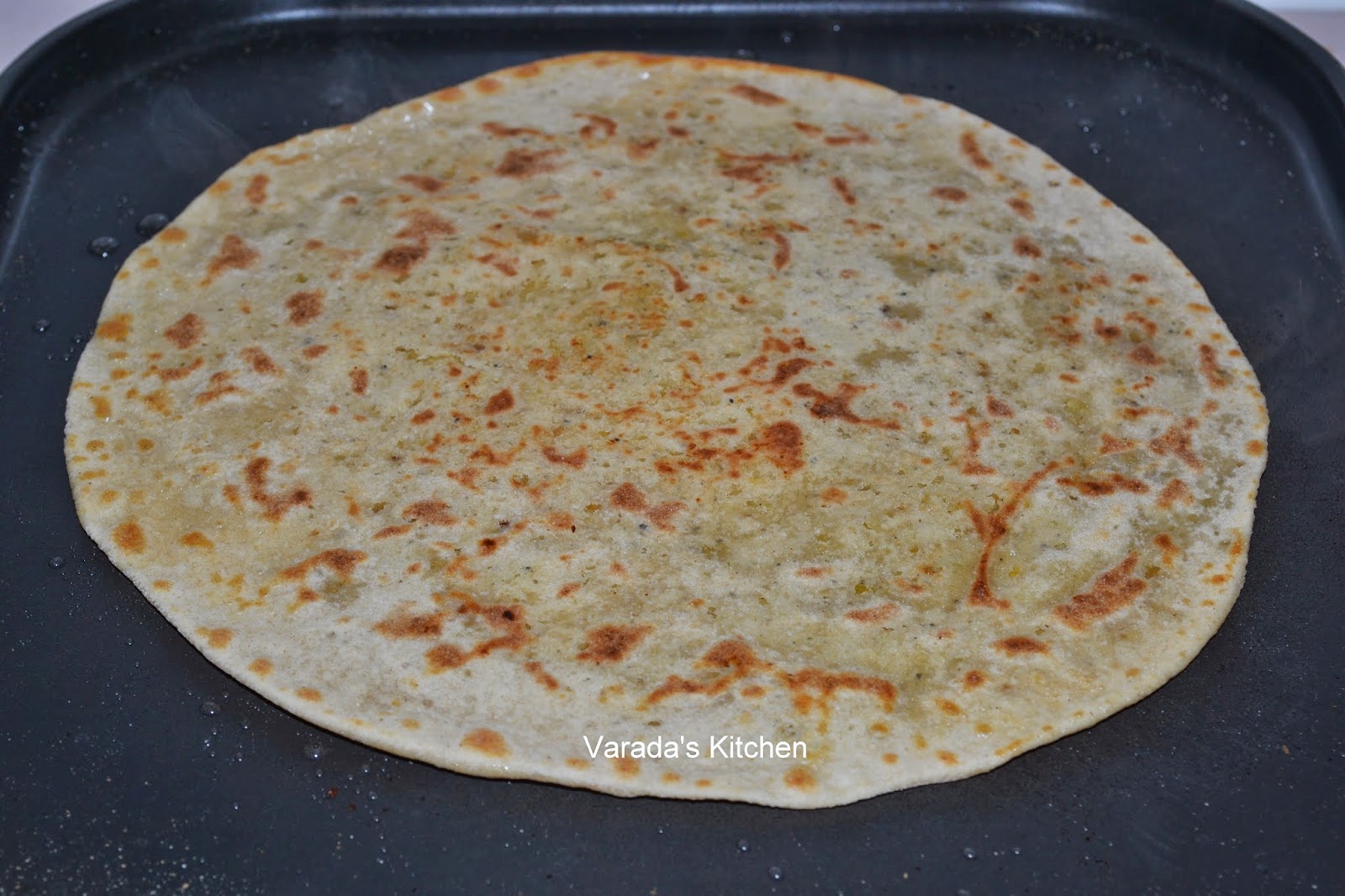 Repeat with the remaining portions of dough.