Vada Pav is a street food from Mumbai. Until I started working in Mumbai I had never tasted it or even heard of it. I was very wary of getting sick when I first started working in Mumbai so I stayed away from the street foods. Later a friend introduced me to it. She and I roomed together. She was from Nasik and had visited Mumbai many more times than I had. She insisted I try the vada pav from a street vendor. I was very skeptical. It was one thing to try grilled corn on the cob. The hot coals killed all the germs. But bread and vada were a different animal. After a lot of coaxing I tried it and really liked it. That version of vada pav was too spicy for me and I had to wash it down with lots of water. But the combination was great. And I did not get sick. 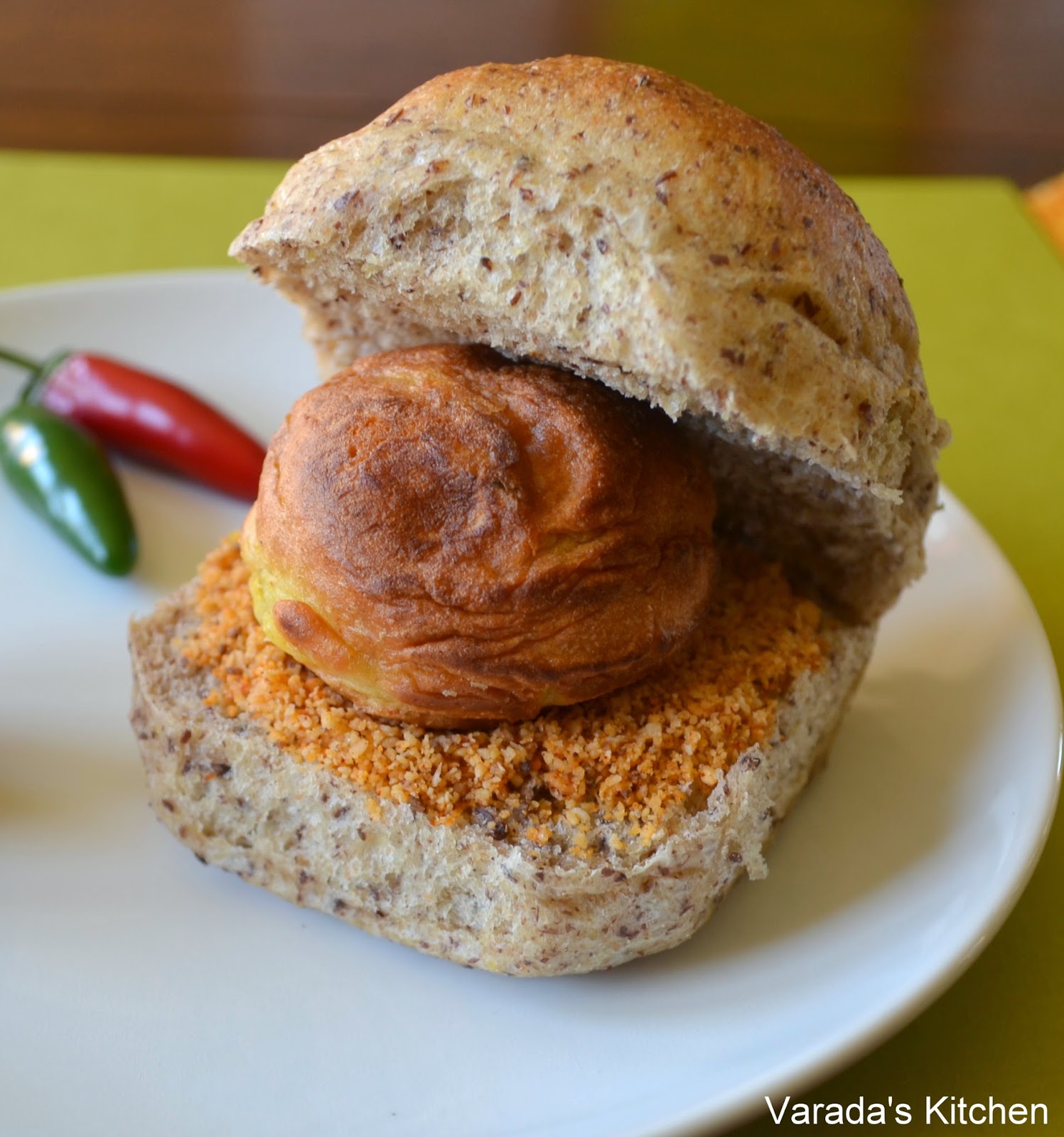 I am told there are wada pav chains in Mumbai now. I did not venture out to try it the last time I was in Mumbai but that may be because I was in a hotel close to the airport and the Mumbai office in Andheri, far away from these outlets.

After all these years the taste stayed with me and when I was wondering how to use these laadi pav I had baked I kept going back to vada pav. Finally I made vada pav at home. I made the garlic coconut chutney but deliberately kept it is very mild. You can spice it up with dry red chili peppers if you want. I had posted the recipe for batata vada a few days ago. I posted whole wheat laadi pav yeasterday. Today I bring it all together to present the wada pav.

It was only when I edited the pictures that I realized I had not put any green chutney on the bun I used for the pictures.

Heat a small saute pan and add the dry coconut to it. Mix in the tamarind pulp such that it is distributed evenly. Continue to roast the coconut on low medium heat mixing it up occasionally so it does not burn. Remove from pan when done and add the minced garlic to the same pan. When roasted remove from pan and add the sesame seeds. Next add the red chili pepper. Let all the roasted ingredients cool before adding them to a grinder along with the peanuts and salt. Grind to a powder.